I was able to test out the new gaming headset from SteelSeries, the Siberia Elite recently. Right out of the gate, let me just say that I very rarely go anywhere without a pair of headphones in or around my ears. Giving a gaming headset a try seemed like a logical thing to do, so I tried these bad boys out, and I was not disappointed.

As soon as I was handed the box, I was already a little taken with them. The box, a bit on the bulky side, revealed a pair of headphones that elicited an excited ‘Ooooh’ from me. Putting them on was like putting on a form fitting glove. The padding let it sit comfortably on your head while the earphones were like pillows for my ears. The top of the set slides automatically to adjust for the size of your head, making it really easy to take on and off. The ear cradling phones themselves are really comfortable and fit snugly around your ears all while doing a great job of reducing outside sound to make your experience all the more immersive. 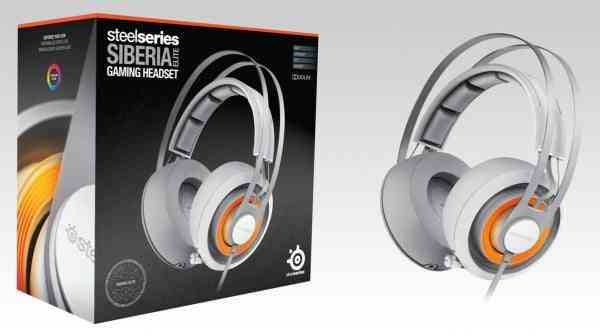 The Siberia Elite also have LED lighting around the ears and the mic lights up to let you know when it’s active. You can toggle the colour of the lighting and can even use different effects so the lights can change to different rhythms. I mean, they’re on your head, so you can’t see how it looks, but the point is that the option is there. On the outside of the earphones, you toggle the mic on and off on the left ear and adjust the volume of the phones on the right. Ultimately, the volume on your computer or device has the most control over the volume, but the ability to adjust on your ear is very convenient. The included 2 metre extension cord also made it easy to either game at a distance or move about your space if need be.

When you plug the set into your computer, a special attachment containing a sound card comes along with the computer hook up which enables glorious 5.1 surround sound. Upon plugging in, you install a control board where you can cycle through the presets of sounds which include music, movie and a variety of game types such as FPS, MMO and sports. Each preset is obviously tuned to maximum effectiveness and is noticeably different. While I’m sure more technically savvy individuals will be able to find the perfect balances to everything they’re doing, I was happy with the presets which handled everything I threw at them and delivered nothing but quality sound to my eardrums. 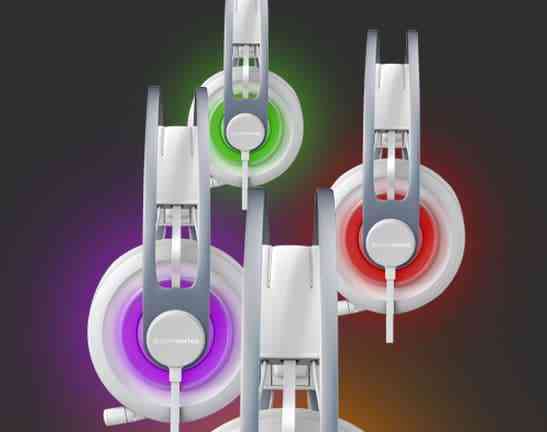 I took the time play a variety of movies and music to test them out, and with each changing genre, the phones didn’t let me down. Explosions and gunfights, heated arguments and passionate love scenes (bow chicka bow bow) or even space battles and alien languages all sounded crisp, clear and well balanced. When it came to music it didn’t matter if it was punk, hardcore, hip-hop or classical, again, it sounded well balanced and you could pick up each instrument (given the quality of file, obviously) with clarity. Finally, when it came to gaming, I had an equally great experience. Switching between modes for different games, the sound changed and accentuated what it needed to. Whether it was gunshots, the crowd in sports games, or just the background music as I built a city, the set gave me a full and clear sound.

Switching to my phone, a different plug was required and thus I lost my 5.1 surround sound. Still though, the headphones delivered. They didn’t sound quite as good as when they were plugged into my computer, but still delivered a higher quality sound than my current headphones and I would put them up against any other headphone for devices. They continued to deliver a higher quality sound when I ran them through a few of the games I have on my phone. 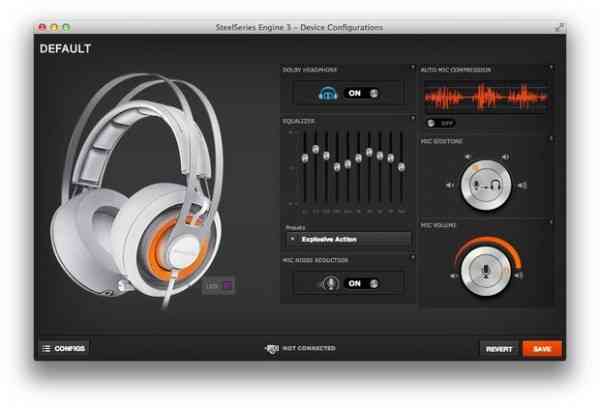 There are a few drawbacks to the set, though. First off, while very comfy, they are quite big and pretty ridiculous to wear around town. I took them on the train ride to work for a couple of days as I listened to tunes as I’m prone to do, and I got a few strange looks. Second, the compatibility is limited to mobile devices and PC/Macs, so while I could plug the headphones into my TV for playing on my consoles and viewing pleasure, I didn’t get to utilize that sweet, sweet 5.1 on my TV. Also, I didn’t get much use for the mic since I don’t really play PC games online, but the consensus I found was that it was pretty average.

Overall, SteelSeries has delivered a pretty solid set with Siberia Elite. A bit on the bulky side, they are rather comfortable to wear and even if the 5.1 surround sound is limited to your PC or Mac, the sound it delivers without the sound card is still full, clear and quite excellent. It also delivers on the noise cancelling, making each use of the set very immersive. With a price tag of $199.99, I’d be willing to match them against a more expensive model for sound quality. If you’re looking to snap up a new gaming headset, I would recommend you strongly consider the Siberia Elite!