Gal Metal Review – Drums All The Way Down

Gal Metal is mired in duality. The controls are either basic or brutally complex, depending on your preferences. The music is excellent yet repetitive. The story is charming yet asinine. In the same vein, I both enjoyed and abhorred my time with Gal Metal.

Yours is a story both charming and weird, with a little ‘slice of life’ thrown in for good measure. Although the premise, that of two high school students sharing a single body, is primed for uncomfortable moments, the game approaches them with refreshing innocence. It’s the actual plot that slowly got worse, while all the side story stuff at least aspired to be organic. That’s not fair. The story wasn’t bad exactly, just more and more predictable as it progressed. Meanwhile, each of your interactions with your fellow bandmates maintains a certain level of authenticity.

Rhythm games live and die by two things: their music and the controls. To that end, Gal Metal can be considered something of a success. I appreciate that there’s so many different control schemes to mess with, even if two thirds of them are utterly beyond me. If you’re a drummer of any proficiency, this game will call your name. Either that or whatever technical imperfections are present will fill you with a blinding rage.

Noodle Mode is the default setting. All hail Noodle Mode! I accidentally switched to a button-based control scheme for a minute and it was like piloting a star ship. How do drummers do this? It’s madness! You can also use a more complex method of motion controls, which I similarly advise against. The touch controls are slightly better, but they also gave me grief.

In fact, my lack of drumming skill turned into something of a liability after a certain point. Even with the simplest settings on, I eventually hit a bit of a wall. This is where I run into a similar problem evaluating Gal Metal. Are my problems with the controls personal or objective? I have a long history with motion controls, and most of it is quite troubled in nature. From Twilight Princess to the recent TWEWY release on the Switch, my attempts at motion control mastery have mostly ended in frustration and bitterness. 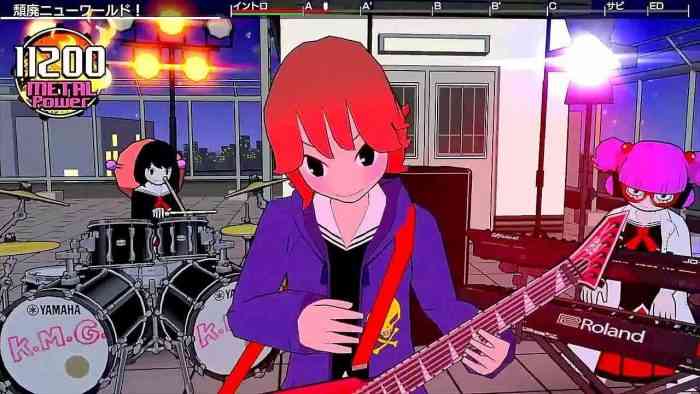 In the end, I have to conclude that reliance on bizarre or unconventional control schemes will always be a hindrance, no matter how elegantly those controls are executed. Even if I operate under the assumption that everyone else on Earth can operate this game with effortless grace, motion and touch controls still have a ceiling on quickly the inputs can react. To a certain extent, the game compensates for this. Even the most rudimentary rhythms can be linked together with patterns, and enough of these combos can net you a fabulously high score.

Not A Drummer After All

Did I mention the music? Like the story and the controls, what you hear is both pleasing and atonal. On the one hand, your bandmates are excellent performers. The songs are varied, powerful and compelling. Yet, your own contributions to the final product never seem to gel with the rest of the performance. It’s always an excellent rock/metal song duct-taped to a clumsy drum track. Sometimes this drum track is possessed with an impeccable rhythm, yet it still feels like a last-second addition to a completed performance.

After spending several hours smashing away on imaginary drums, I found slightly more frustration than fun in Gal Metal. It was a close call, but something about the basic interface while drumming just irked me. Whether you use buttons, touch controls or motion controls, you were still stumbling along in the dark. There were the sounds of your drumming to guide you, and the sight of combos being added to your score, but I never felt like I knew exactly what I was doing. Between the inelegant interface and the unusual difficulty level (even on Noodle Mode!), it seems like Gal Metal is intended for drummers after all. People like me, people with a stunning lack of rhythm and actual musical training, just end up fumbling along in the dark, occasionally spitting out a sick beat, almost by accident. While I did have some fun playing Gal Metal, I’m not sure it was the game’s intention for this to occur. By all means, check out this game. Perhaps my fumbling skills are the aberration, and I’m speaking right now to an audience of exceptional drummers. I certainly never felt like one while playing Gal Metal. 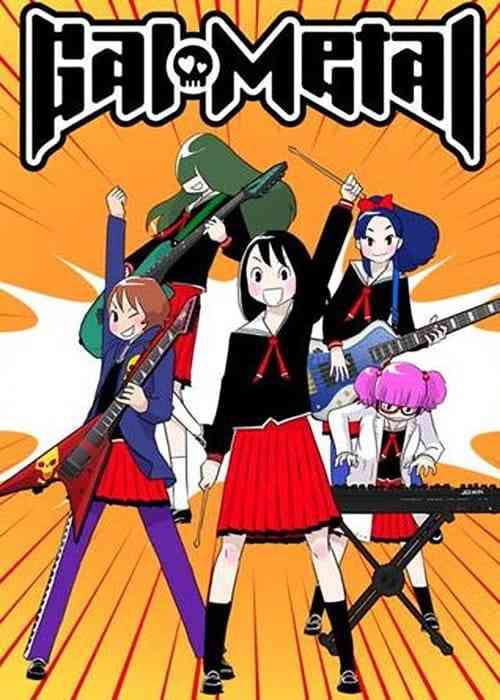