Full Mojo Rampage is a charming rogue-like with a solid core aesthetic carried through both its visual and sound design. The mechanics and gameplay fit the style well, but fail to offer the same uniqueness found in its graphics and music.

The voodoo-inspired art design of Full Mojo Rampage is the first thing that sets the game apart from other indie rogue-likes. The necromantic theme is present in everything from the character designs to the music and storytelling. Through the story, you meet interesting gods and fantastic undead enemies. The game just bleeds style it carries through nearly every facet of the experience.

“The game just bleeds style it carries through nearly every facet of the experience.”

While the story is relegated to text boxes at the start and end of missions, it is well-written and fun. While a more structured narrative design would have helped flesh out the game world, the overall experience is built for bite-sized consumption and multiplayer playthroughs. Most important of all, the story is reinforced by the style of the game and its gameplay.

The gameplay is solid but less inspired than the rest of the game’s design. The overall combat mechanics are good, but don’t break the mold. Luckily, the randomized dungeons and items keep the game from growing stale as you grind through the missions. Because you restart the mission if you die, you have to treat each randomized set of goals like a brand new adventure. While experience is gained, items and mojos (powerful voodoo equipment) is lost every time you restart. This means you have to adapt to the randomized gear you find and adjust your playstyle. This means the game is extremely replayable. 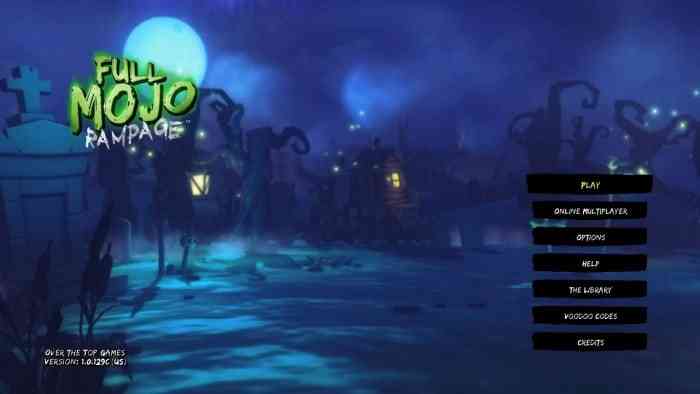 On a less positive note, I encounter some severe inconsistencies with enemy difficulty. Exploding enemies and kill you at half heal and as they can spawn close to you and have short range AOE damage that is extremely annoying when you first start. Similarly, enemies that fire straight line projectiles can be irritating as they are sometimes hard to notice, often causing serious damage before you notice what they are. Meanwhile, most melee combatants might as well just go home as they aren’t fast enough to catch you and have surprisingly underwhelming damage. This enemy design makes kiting and circle strafing large groups on enemies more of a chore than a challenge and limits unique combat styles.

There is also an issue with the control sensitivity of the fire button. On PS4, you use the right analog stick to direct fire, and fire begins when you move the analog stick in the chosen direction. This sort of context control works in theory but in practice is far too sensitive. I often found it would shoot when idle, which is annoying at best and wasteful if using a unique item with a maximum number of shots. This made special wands extremely frustrating as they could not be saved and used strategically. Obviously, this would not be an issue on PC and might not be an issue on Xbox One, but I tested it on two different controllers, so it appears to be a serious issue with the PS4 version.

Small issues aside, Full Mojo Rampage is a blast to play. The art design is fantastic and the music is extremely catchy. The gameplay is fast and frantic and really suits its mission structure. This is a great game for single player and multiplayer with tons of content and replayability. 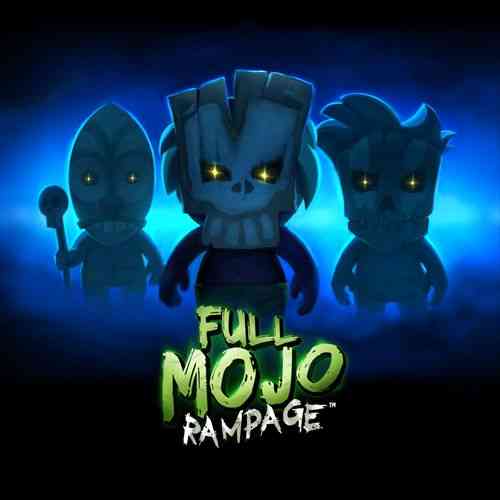 Developer: Over The Top Games

Publisher: Over The Top Games