Upon first glance of Freedom Planet, it runs the chance of being dismissed as simply another game that looks and feels like Sonic the Hedgehog. You aren’t wrong as Freedom Planet carries many of the same elements of our favorite blue speed machine as well as it had originally begun production as a Sonic fan game. Luckily for us, DiDuro, the developer, lost interest in the original idea and reconceived the project as his own with original characters and storyline. Often visiting the website Deviant Art, it was there he recruited artist Ziyo Ling and the character and world of Freedom Planet had come together in the best way possible.

The game begins as Lilac and Carol, a dragon and wildcat, witness the crash of a spaceship in the distance. Instantly racing over to help, they discover a Torque, a duck-billed creature, that explains that they must set out and protect a powerful relic called The Kingdom Stone. Soon after rushing to the shrine where the Kingdom Stone resides, they are stopped by the Shang Tu officers who dismiss’ them entirely, doubting that the stone could be in any danger. Soon after the stone is quickly stolen by a henchman of Mayor Zao. At Torque’s request, they set off to return the stone and apprehend the intergalactic warlord, Arkitvus Brevon.

While the initial look at Freedom Planet and it’s anthropomorphized animal characters along with it’s 16- bit style graphics may be quite reminiscent of the Sonic games, ultimately this title stands out on its own. There are three main protagonists that you can play as, Lilac the dragon, Carol the wildcat and Milla the basset hound. Each character boasts colorful designs and is unique on their own having different fighting abilities as well as interesting ways of traversing through the environments. Lilac packs a mean punch by whipping enemies with her hair and speeding through like a hurricane while Carol is more of a hand to hand fighter who can call on her motorcycle to climb up walls. 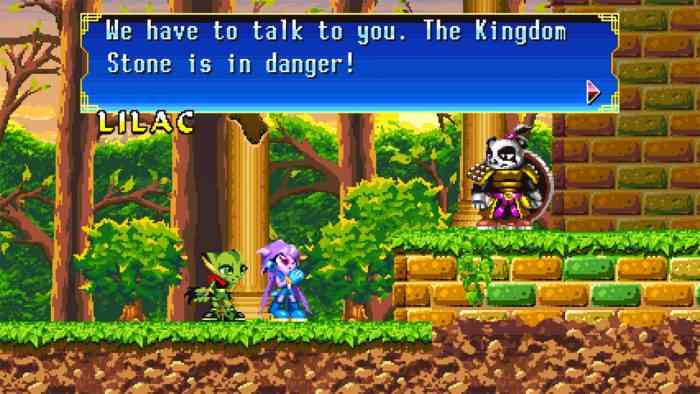 There are two game modes that players can choose from when beginning the game. Adventure Mode lets you play the game with the story cutscenes or you can play Classic Mode which simply allows players to play through the game without the cutscenes, playing every stage in order. Classic Mode will certainly be the desired approach for the speed runners out there. There is also Time Attack where you can play as your desired character in your chosen level to go around breaking a certain amount of discs that is needed per stage. Each stage will increase in difficulty that will eventually have you ripping out your hair. But in a good way!

Enemy designs are consistently interesting and varied. Players will remain on your toes through the campaign and it feels as though the game never really overuses any one type of baddie. Boss battles are incredibly engaging and exciting and you will face one at the end of every stage. While some boss battles were easier to figure out than others, there were times when the stage felt a bit unfair and required a few tries in order to figure out what needed to be done to beat him. Fortunately, the game doesn’t penalize us too badly when we do die as there are are many checkpoints to help you with your progression. 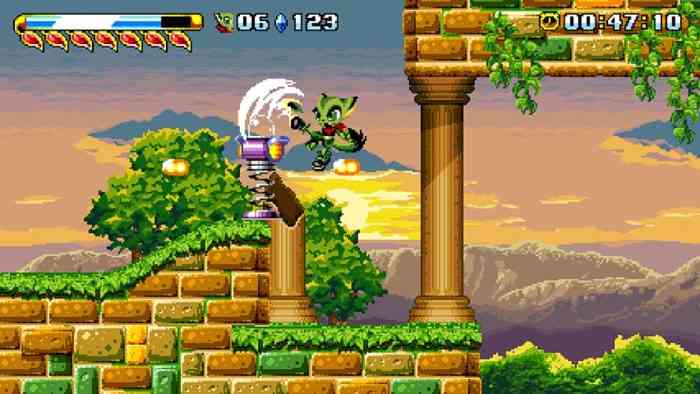 In my opinion, this is a solid game in every way and I honestly can’t see too much wrong with it. Playing this on my Nintendo Switch was too easy and seemed like it is a perfect fit whether playing it docked or in handheld. My only real gripe with the game, if it could even be considered one, is the voice acting. While Lilac’s voice over was consistent with her character and her enthusiasm, the other characters could feel a bit off at times. Some of the line delivery from the other characters sometimes felt like it just did not have the same kind of passion. There were times when the line of dialogue didn’t seem to quite match the voices being used which would result in conversations feeling somewhat disjointed at times. However, there is quite a bit of cutscenes and voice work that was done and that on its own is quite admirable.

There is a lot to love about Freedom Planet. From the fantastically colorful 16-bit graphics, the unique cast of characters down to the varied styles of music playing in the background, Freedom Planet offers tons of replayability. Not to mention the writers did a great job with the flow of the story and being able to effectively combine serious moments with witty and humorous situations. If you enjoy platformers, speed running or you’re a Sonic fan, definitely give this a shot as you will be more than pleasantly surprised. 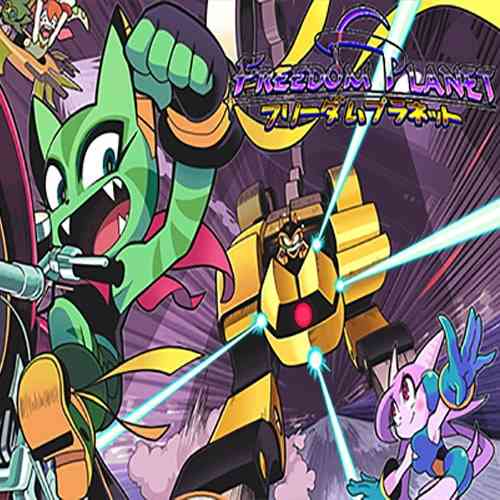 Chill Action-Adventure Game Stonefly Will Launch June 1st
Next Shadows: Awakenings Review – Devouring My Free Will
Previous Manual Samuel Review – Funny, Tedious, and Not For Everybody