When I previewed Shadows: Awakening, I loved it. It felt fresh and fun to explore a world that wasn’t an ironic, post-Game of Thrones take on the fantasy genre, but one that embraced all the RPG tropes that make fantasy worlds as silly—and as compelling—as they are. At the time, I compared it to a pair of comfortable pajama pants, something easy to slip on. Now I think of it more like a pair of pajama pants you forgot about until one rainy laundry day when you dig them out of your drawer and try them on. Yes, they’re comfortable, but you trip on them when you go out to get the mail, and they have a huge hole up the leg. You remember why you left them behind for newer pairs.

Shadows: Awakening is the third in a series, following Shadows: Heretic Kingdoms, which in turn followed Heretic Kingdoms: The Inquisition, two games I have not played. I rarely felt like I needed to until later in the game, when I began to wonder if maybe I’d know what some of the different and new fantasy races were or what this plot exposition meant if I had. The story centers on a demon named the Devourer. At the beginning of the game, you, as him, choose between three dead souls to bond to at the urging of a Hooded Man voiced by Tom Baker, many people’s (if not mine) favorite doctor. Last time I chose Evia, the long-dead daughter of the God-Empress. This time I chose Kalig, the (don’t call me!) barbarian leader of the Guild of Steel in a city of thieves. Their two storylines are hugely divergent, and I am sure it’s the same for the archer I haven’t played as, and what’s different about Shadows: Awakening is that you play in two worlds, the Shadow Realm of the demon Devourer and the Mortal Realm of the hero Kalig.

As you kill interesting people in what I still think is a genuinely compelling plot, which is even more impressive considering that I wouldn’t exactly be able to explain it, the Devourer absorbs certain outstanding foes’ souls and brings them into the fold. You can play four of them, including the Devourer, at any given time, and the developers of Shadows: Awakening market them as fully realized characters with their own story arcs and personalities that don’t disappear at their own deaths. The mechanics of switching between the two worlds during combat can be one of the best parts of the game, as it makes for some truly satisfying battles, but there’s an unfortunate element that isn’t apparent from the first five hours, which are chock full of fun things to do in the city of Thole: boredom. The game, which promises 40 hours of playability, gets tedious after playing it for more than ten.

The first time around, I had leveling issues due to a bugged quest. The second time around I was much more careful about investigating every single room to make sure I wasn’t missing out on experience points or enemies to kill, because I had experienced firsthand how frustrating the game became when underleveled. However, the strengths of Shadows: Awakening became its weaknesses as my time in every level of the game was automatically doubled so I could switch between the two realms to double-check that I had slain every foe. The maps felt huge and exhausting as I backtracked to complete quests, and interesting events like finding Kalig’s traitorous son or seeking out the wolf companion Zaar’s former mate in his quest to save his homeland were hampered by the time it took to get there. Leveling up and divvying out weapons and armor went from enjoyable to the worst part of the game as I sifted through endless stats for my four playable characters. Trying to outfit them all when I constantly picked up more materials was endless and consumed so much gameplay. When I’d played ten hours it felt like twenty-five, and when I played twenty-five it felt like forty.

There’s not enough plot in relation to the meaningless demons that the Devourer sliced apart in the Shadow Realm, and for every wolf Kalig slew there were always ten more around the next corner. Even the combat’s unique dual-world strategy grew old as I started despising fighting werewolves, as it meant that every encounter took twice as long. I had to fight their shields in the Shadow Realm and then come back to the Mortal to hit them for a little while until their shield was back up….and rinse and repeat. Every five minutes. 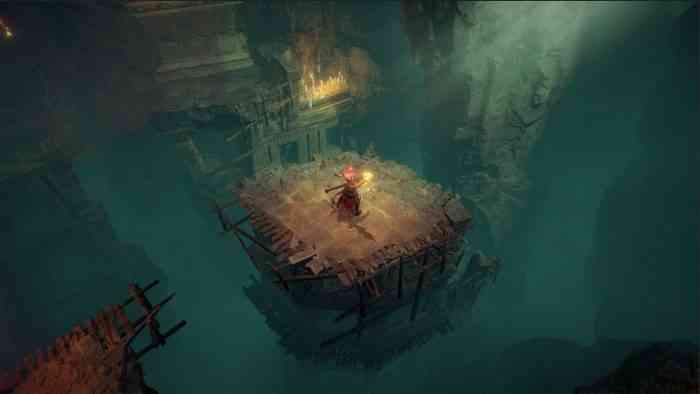 It just didn’t stay fun. The main plot being thin didn’t bother me—I barely followed Tom-Baker-as-Mysterious-Wizard’s infodumps—because I found the personal quests of the devoured souls very interesting to pursue, but when the plot was interspersed so rarely between endless combat encounters it stopped feeling like enough of a reward. It became clear that the “fully realized and voiced playable characters” actually meant “the first character you choose, this cool wolf named Zaar, and a tree that will occasionally plagiarize Treebeard.” There’s an archer gremlin-type creature whose tongue is cut out and a golem-like zombie whose only purpose is to break down doors. Neither add much of note, and feel like they were added to make the list of playable characters more impressive.

The fact that the game just stops being entertaining is a shame: I was really rooting for this one. The stylized graphics are gorgeous and I love the background designs, especially for the city of Thole and the Taymurian wilds. I think the characters are just the right level of campy when they interact with each other, and while many of the souls you devour don’t have full personalities, I found Kalig, Zaar, and Evia from my first playthrough to be especially compelling. Shadows: Awakening falls into many of the pitfalls of nostalgia. To be a successful fantasy RPG, even one that goes for the nostalgia crowd, one doesn’t have to emulate the old right down to the endless grinding and watered-down story (and some pretty cringeworthy gender stereotypes included in a quest that feels like it’s goading me to enjoy killing a bratty teenage girl). It’s okay to combine the old with the new. Shadows: Awakening’s Devourer and his small army of devoured souls are the new part of the equation, but it doesn’t tip the balance. Instead, by the time I finished playing, I was just grateful I’d never have to fight another wolf. 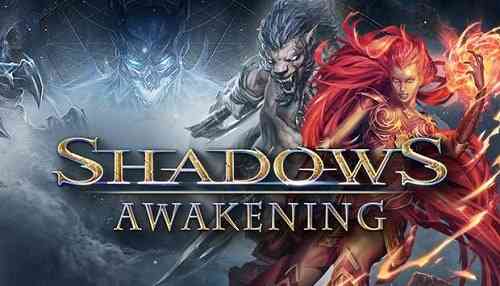