Frantics Review – The Next Explosive and Quirky PlayLink Title

We’ve seen the PlayLink function launch last year alongside the games That’s You!, Hidden Agenda, and Knowledge is Power covering social, mystery, and quiz-based genres respectively for a party/group setting. This time around, Frantics, seemingly aims to fill in as the mini-game PlayLink entry full of swiping, tilting, and shaking of your mobile devices. Let’s take a look at how it fairs amongst the already launched titles, as well as if it stands out as a unique entry within the PlayLink line of games.

Frantics has 15 mini-games that can be played with up to 4 players all with the power of the PS4 and everyone’s mobile devices. From the get-go, players take a snapshot of themselves and choose an animal they want to be represented as throughout the various mini-games. These animal’s head, ears, and body all can be altered in size as well as shape to make them each individually more quirky than they already are. In addition, the more you play, the more items you’ll obtain to put on the various animals like hats and sunglasses. How you want to play the mini-games can also be chosen. Whether you want the sly Fox host to bring you on an adventure with randomly chosen games, if you want to choose a specific one to play, or if you want to make a custom set is all up to you.

The main meat of Frantics is largely your time spent with the Fox and his randomly chosen set of games. Fox acts like the host, guide, and crude humor that really give Frantics a special feel to it not present in previous PlayLink titles. Frantics also has an art style similar to that seen with clay and clay animation which gives it bonus points for even more uniqueness. Once all players have connected their mobile devices to the game, Fox will present a handful of mini-games that you’ll play through to collect the most amount of coins, as well as crowns. With each mini-game, you’ll have the opportunity to collect coins to use in bets intermittently throughout the session, as well as crowns that act as lives in the final showdown. Coins and crowns give players an advantage at unexpected times and can truly turn the tables during competition.

“Frantics is a solid title in the PlayLink line of games for the PS4 that’ll surely bring laughter, competition, and rivalry to any party”

Fox also plays a unique role in terms of pitting players against each other. Occasionally, Fox will give players a “call” on their mobile devices to inform them of a secret mission. He’ll then pass on a text describing a mission that usually will grant the player a bonus star if completed. This includes having a certain other player win or lose the next mini-game, or performing a certain action within it. Fox is also quite impressive to listen to as he’ll remember previous sessions and make comments on certain achievements made within mini-games.  So, the game is rather intuitive in knowing whether you have played certain games before to avoid presenting tutorials and adding new mechanics to them.

The mini-games in Frantics are largely enjoyable and a blast to play through. While some of the mini-games are rather less exciting and others are very similar to one another, the excitement and intensity that builds up while playing them are exactly what makes it a great party game. Many of the mini-games have you outplaying others by knocking them out, getting them out of the ring, or downright cornering them all with different rules, weaponry, and stages. There’s also fun takes on classics like hot-potato, temple run, as well as the chicken fight that get better with more players present. Without a doubt, some mini-games stand out over others, but it really also depends on what type of people are playing and how they are playing through these mini-games. With only 15 mini-games available though, it may become boring if played with the same group of people constantly. Nonetheless, overall there are some solid mini-games in Frantics that’ll bring about some big laughs and competition.The recommended amount of players is 3-4 for Frantics, just like previous PlayLink titles. However, Frantics does put in AI opponents when registering just two people which help the overall flow of the session with balancing. 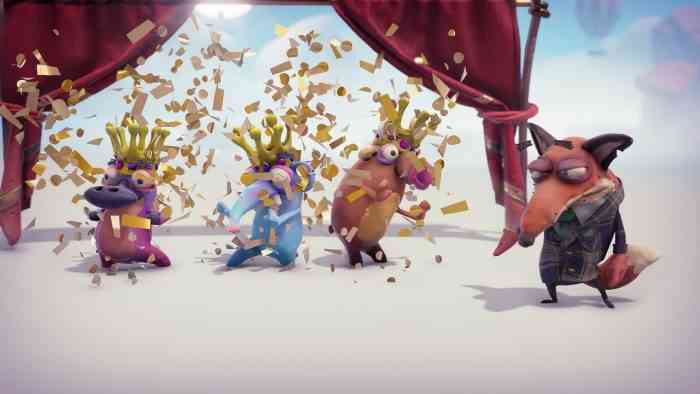 Frantics is a solid title in the PlayLink line of games for the PS4 that’ll surely bring laughter, competition, and rivalry to any party. The unique art style and flow of game sessions truly make it enjoyable to experience and play through. While the mini-games themselves may be rather similar and, at times, not as exciting, it truly depends on who is playing and how they are doing so that’ll spice things up. If you’re looking for a fun and quirky party mini-game for the PS4, Frantics may just be the one for you. 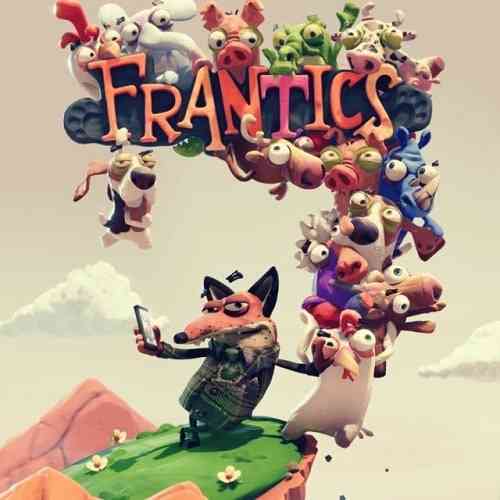