When it comes to the Final Fantasy franchise, everyone seems to have only one thing one their mind – the Final Fantasy VII remake. Which puts me in an awkward place because VII isn’t my favorite from the series. In fact, it ranks third out of the series for me and one of the ones that I like and think is better is Final Fantasy VIII, the unsung hero of the franchise. So, reviewing the remaster was a real treat for me but it also brought up a series of problems for me. How do I put my love of the game aside and try to be objective? Am I just reviewing the new mechanics? How do I focus on everything that’s new when I first played FFVIII 20 years ago? Well, after being sucked right back into the game almost immediately, it became clear that it had certainly been cleaned up from its original iteration as well as the game still being absolutely amazing. It’s with pleasure that I can tell every Final Fantasy fans that they won’t be disappointed with the pick up, even if it still looks pretty dated.

I’m not sure what is exactly expected when the term ‘Remaster’ gets slapped on games these days but I think I need to stop having grand ideas on what that means. Or maybe I should still have this vision of a grand rendering of an old classic that ups it closer to what I’m used to today. Either way, I regularly feel like ‘remaster’ is a strong word and most times it should say ‘yeah, you can play this on your current console now’. Final Fantasy VIII uses the term rather loosely when they visually upgraded the game. After 18ish hours, I feel confident in saying that while everything got a nice smoothing out, the only real graphical upgrade was to the character models in game. Gone are the blocky renderings of Squall and the gang and they are replaced with beautiful 3D models that are a huge improvement. Such a huge improvement that it really, really stands out as you run through the different screens, the scenery only having gotten the smoothing touch up. Maybe I expected too much, but I was really hoping that the whole game was going to be as spruced up as the character models were. 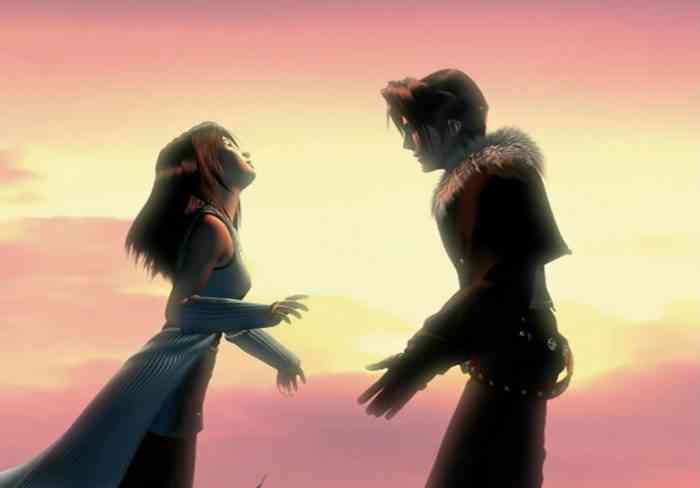 All the Right Tweaks

The gameplay is hardly touched, though the controls are a miles better. Your movement is much better controlled as it utiilizes a setup designed for analog sticks now (you can still use the D-pad if you like), you can turn random battles on and off with the click of a button, and you can speed things up by 3 times by clicking the left joystick. Since I use that click to run in pretty much every game, that was a real easy pickup for me and it really helped speed up the traversing of the MASSIVE maps, which was one of my biggest beefs with the game in the first place. Every 30 minutes of play was 27 minutes of running, so I’m really glad that feature is added and so easy to use.

The battles are still the same, the development trees haven’t changed, the card game is still as addictive, Seifer is still a dick, and you still have to try to get emotionally invested while reading text – so, it’s the same game you remember. It really is an amazing, fantastic adventure, which is where it becomes difficult to score a review like this. Final Fantasy VIII is a masterpiece and is only surpassed by FFX in my books. I also have the unpopular opinion that it is also better than VII. But to review it as a remaster, I feel it would be disingenuous to give it a score based purely on how excellent the game itself is, 20 years later. 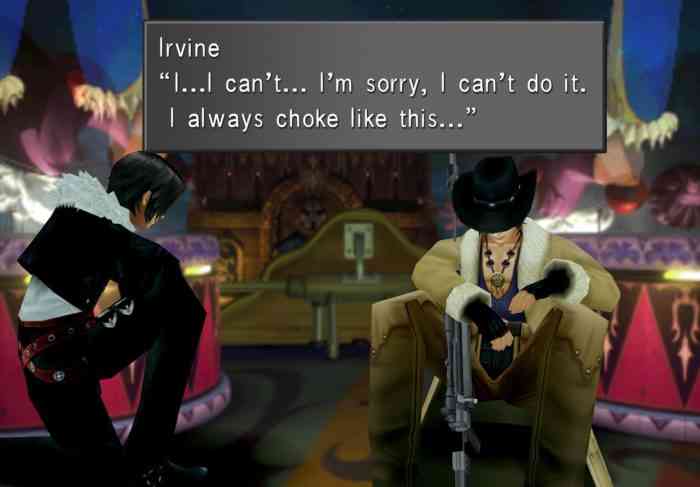 As I said above, the term ‘remaster’ is pretty loose, so I don’t think I can fault them for not living up to what I had in my head. The visual improvements definitely help and the controls are definitely much better than 20 years ago, so I’m confident in saying that Square Enix lived up to their end of the bargain this time around. I also originally balked at the price tag associated with the game, saying it’s too high, but once I played it and realized how much I still love the game, the 5 or 6 bucks I wanted to argue about paled in comparison to the delight of sinking all of my time into this story again.

If you’re a Final Fantasy VIII fanatic like myself, or just simply a Final Fantasy fan, this is a must pick up. If you’re new to the series and never had the pleasure of delving into the classics of the JRPG era, I highly recommend you pick this one up. They don’t make em like this anymore and it’s well worth the time and money to get to play this classic once again. 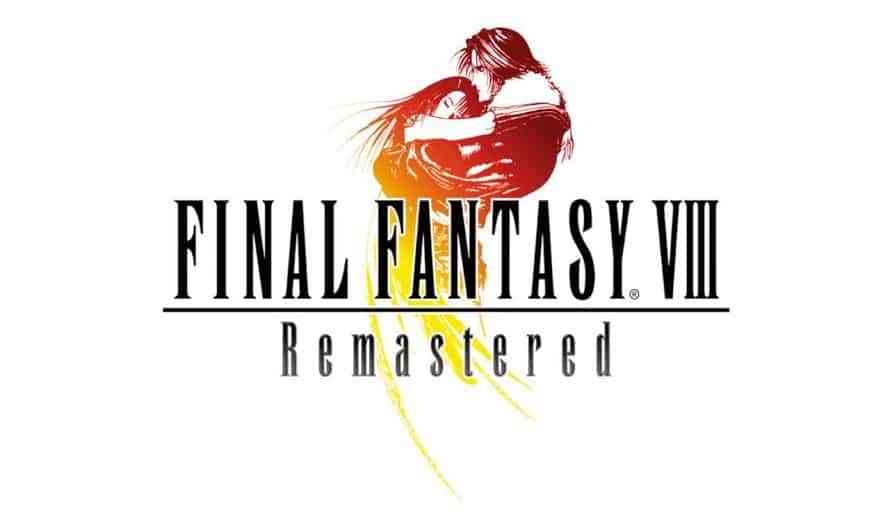 Final Fantasy XIV Patch 6.3 Introduces Dungeon and More Next Year
Next Torchlight 2 Switch Review – Pulling Us Back Under
Previous Children of Morta Review – A Lovely, Beautiful Fairy-Tale in Rogue-Lite Form