Torchlight 2 Switch Review – Pulling Us Back Under

After several years, Torchlight 2 is finally coming to consoles! And yet, the PC release was practically a lifetime ago. While the game was hailed as a viable solution to Diablo 3 whiplash when it first came out, much has changed. Between this game and D3 there’s a lot of ARPG action to be had, all of it pulled violently from days of yore. What helps Torchlight 2 stand out from the crowd? Does it still hold up? After accidentally putting in 30 hours in three days, I can confidently say yes.

To make things abundantly clear, this is not my first Torchlight barbecue. I’ve put an unhealthy amount of hours into both games on PC. I was fully expecting the lingering effects of completion fatigue to dampen my enthusiasm. This definitely did not occur. Instead, I’ve started three different characters, have serious plans to finish all three playthroughs, and am just barely resisting the urge to keep playing this very moment. Reading this rousing endorsement, one might assume I’ve nothing bad to say about the game. This isn’t quite the case.

Pretty Close To a Perfect Port

The move to consoles hasn’t been completely flawless, at least not on the Nintendo Switch. A couple of the menus are hitched up with minor bugs, for example. It’s also not as easy as it should be playing a melee class with a controller setup. Certain commands and skills are left to the whims of the auto-aiming system. My attacks always find a mark, but it isn’t always the one I was hoping for. Again, none of this has slowed me down or interrupted my playing, but it’s still a noticeable issue. Finally, I have noticed that your character will, once in a rare while, get stuck on an attack command. Easy enough to break free, yes. But not before burning down your mana pool. Most of this is minor business, destined to disappear with the next patch. These bugs certainly weren’t enough to stop me from losing entire days to the game. 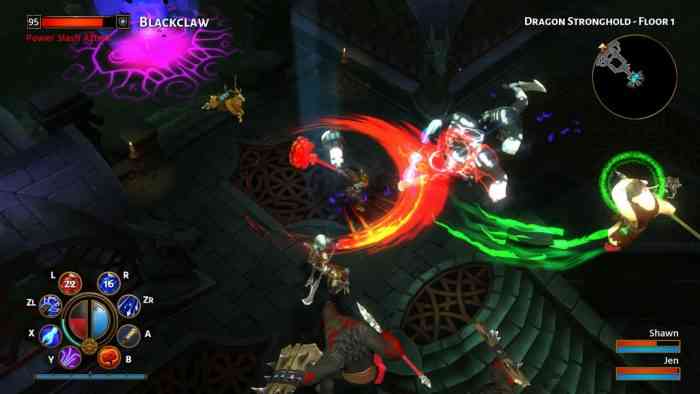 Most, if not all, ARPGs have Diablo to thank for their very existence. In turn, these games look to Blizzard’s venerable franchise as a high-water mark, a brass ring forever out of reach. Runic Games got very close to that ring with Torchlight 2. Each of the four classes hide a mass of hard decisions, with the skill trees disguising dozens of possible variants. You can undo your skill decisions, but only the last three choices. After that, your bed is made, so to speak. There are also stat points to divvy up. All of this means that no two playthroughs are quite the same, not even ones using the same character class. As a dedicated magic user in these games, one such choice is made before I even start. That just leaves a few hundred more. Depending on your memories of Diablo 2, the previous paragraph might… genuinely excite you?

A confession of sorts: I have literally no idea what the story is about in this game. Most of the narrative is presented in massive text boxes being slowly recited by a parade of voice actors. For me, the story is an impediment to the action, a very short fence for me to hop over as I run. I’m sure it’s a well-crafted tale, bolstered by deep lore and a bevvy of modern world-building. I gleefully skipped all of it without a second thought. ARPGs bless me with a feverish itch, a frantic need to chuck myself into the meat grinder/ loot cycle with reckless abandon. That part of the experience is pristine, at least.

A Steaming Cup of That Fine Grind

For all my delight in rediscovering the grind, I find the whole thing a little slow. Diablo 3 has ruined me, just a little, with its power to offer up every skill at once for perusal and experimentation. Torchlight 2 is firmly planted in the old school, where choices matter and builds are erected slowly. If it dawns on you that this ship you’re sailing is hopelessly crooked, you’ve little recourse. This is purely by design, a conscious choice to root the game in a grand tradition over a decade old. While I’m mostly psyched to start from scratch, scribbled notes in hand, sometimes you don’t want to flush away a dozen hours of toil. Sometimes you just get bored, sometimes you want to try a fire build, just for funsies. This shouldn’t always require a whole new character, you know?

At its heart, this game asks a lot of you. For some people (like me!), the toll is freely paid. For others, the boon of hours and tough calls will be too steep to part with. At least, I can confirm that your fond memories of grinding for loot and facing off against the hordes are wholly intact. Torchlight 2 is easily as good as you remember. I lost hours and days to this game with a blink. Whether you’re looking for a new ARPG, or just a little more time with an old favorite, Torchlight 2 won’t let you down. 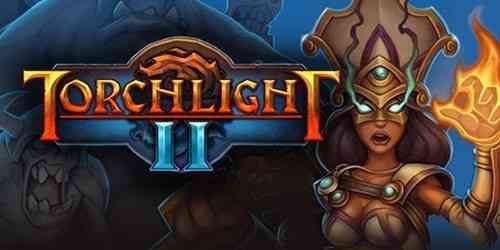