In Fell Seal: Arbiter’s Mark you play as an arbiter. Servant of the immortals you are judge, jury, and executioner. A routine prisoner transfer thrusts your party into the pilgrimage, a life or death journey to choose the next member of the immortals. Along the way, the pasts of each of the story characters are revealed and I found myself truly enjoying their occasional banter. You have the veteran arbiter Kyrie, the wisecracking Reiner, and the apprentice Anadine who is somewhat naïve. These character stories help to add depth to the world even when the overall narrative should feel familiar.

Before I start a game, I like to delve into the options menu. Usually, this is just to turn on subtitles and check what kind of support has been given to PC if the game is a port. What I found was a very well done set of difficulty options. There are preset difficulties, but the devs have also included options for enemy item usage rates and stat tweaks to add or remove challenges. This level of difficulty customization is rare for me and I think it’s worth mentioning.

Fell Seal recommends a controller, but I personally found using a keyboard and mouse to be a smoother experience. The graphics are nice but simple. They fit the overall style of the game and give more of an old school feel with a modern polish. The in-game music is akin to JRPG battle music which fits the theme nicely.

The game is turn-based tactics. At the start of each encounter, you pick your units and then the battle begins. Each turn allows you to move and perform one action. Picking units is important because of the injury mechanic. If a unit falls in battle, they will suffer an injury, and yes these can stack so think carefully before you revive that unit mid-combat. Injuries result in a 10% drop in stats until that unit has sat out for an equal number of battles. Remember the difficulty options I mentioned earlier? You can choose to swap out injuries for an exp penalty, make them permanent, or even enable permadeath due to accumulated injuries. This is where the guild comes in.

At the guild, you can hire units up to the main character’s level and of any class that you have unlocked. You unlock classes by using AP points to progress down a class skill tree. You start with the basic mercenary, scoundrel, and healer. The starting classes then branch out. There are even a few secret classes to find. Fortunately, the game does let you know which classes you can reach with your current units and allows units to change class. 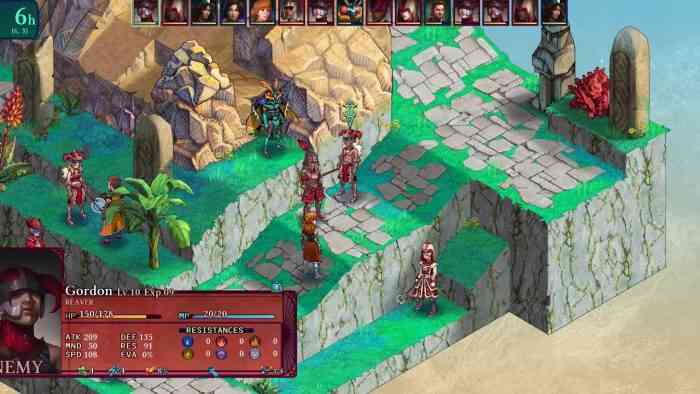 Changing classes is crucial as some units require you to progress down multiple class trees. Each unit is also allowed a subclass. The subclass will not directly generate AP for that character, but it does broaden the tactical depth of the game. The subclass allows access to learned skills from another class. You are also allowed two passives and one counter from all the other skills your character has learned. I was quite partial to taking the damage buffs from the scoundrel class and putting them on my ranger. Each of the variety of passives and counters allows for each class to fill a niche all its own. This is especially noticeable in the lack of need for a specialized healer. Don’t get me wrong, you will appreciate the healer class, but thanks to the subclasses it is possible to get by without one.

When playing the game, I enjoyed the combat. The different story missions introduce a variety of challenges, and there is enough diversity in enemy types to keep things interesting. When I revisited earlier stages to level new characters, I found that each patrol has a collection of encounter sets to keep things fresh. Yes, I returned to earlier stages to level some characters, but this is not mandatory. As I mentioned before, you can buy leveled recruits making grinding levels a non-issue.

I returned to gather AP and to give my B team some action while my main squad had injuries. This was more to unlock every class as soon as possible because once you unlock it for an owned character you can recruit that class at the guild. The game rewards this by having resources you can gather on certain missions that allow you to craft extra gear or items.

If you are anything like me, you’re used to seeing x99 by your potions and scrolls as you wait for that crucial boss fight. Fear not, items in Fell Seal are infinite, craft it once and you have it for life. The catch is that you can only use each item a limited number of times per battle. Finishing off that last enemy with a rock tossed by your healer will always bring a smile to my face.

Would I recommend Fell Seal: Arbiters Mark? Yes, I would. It has remarkable polish, gorgeous art and was simply a blast to play. I went in with low expectations but walked away grinning from ear to ear. If you are looking for a turn-based tactics game set within a stunning fantasy setting, Fell Seal: Arbiters Mark should be right up your alley. 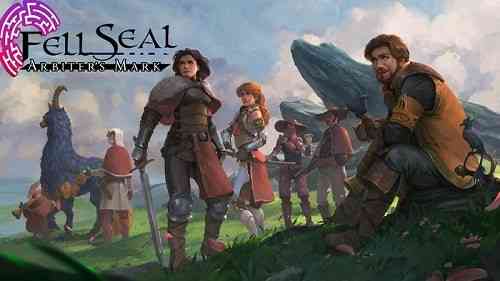