I never played the original Fear Effect, an Eidos series for the original PlayStation. I may lack the knowledge required to notice this entry’s thematic ties and departures from the original series. I do however recognize good games and have a long history with PC RPGs. With that in mind, Fear Effect Sedna is a throwback action RPG that never quite comes together but may be enjoyed as a glorious mess.

The tone in Sedna is old school. You’ve got your spies (I’m sorry, mercenaries) and monsters and anti-heroic one-liners. The entire theme feels like one of those incoherent 1990s comics that seemed focus tested by a bunch of teenage boys injecting Mountain Dew directly into their blood. You know your Witchblade or Dinosaurs For Hire. It’s the sort of thing where a dude will break into the home of a dangerous operative, who will threaten to put him out the window, only for them to be agreeing on the details of an assassination contract within thirty seconds. It’s got a very particular attitude to it, and one that I found myself kind of digging on.

That’s all great, but what sort of game is Fear Effect Sedna? It’s a passable RPG, with real-time-with-pause combat. There are plenty of animated custcenes, bad guys to sneak up on or shoot in the face, and the occasional lockpick or bomb-defusing puzzles. No dialogue choices though. The game is mostly presented from a top-down isometric camera, and you control one, or a couple of spies as you navigate through hidden bases and abandoned snowy facilities.

“Fear Effect Sedna is sort of an interesting artifact; a game out of its own time. If only playing it was any fun.”

What makes the gameplay click is the more than decent user interface. Everything is clear, even in the chaos of battle. The puzzles never feel unfair, though they do tend to devolve into pixel hunts more often than I’d like. The real kiss of death though is the lack of challenge. There are a few nifty systems in pace, including a combo mechanic, and a fear system that incorporates an element of risk/reward, but the game isn’t balanced enough to have much of an impact. You could utilize cover, and combine the various mechanics, but it makes just as much sense to watch the bullets fly until everyone on one side is dead. I never felt compelled to actually play the game as it was designed. I would often remind myself that there was a cooler approach, sigh, and realize it wasn’t really worth it.

This is an RPG though, and if I wasn’t willing to forgive weak gameplay for strong characters and story, I probably wouldn’t have played through Dragon Age 2 multiple times. Unfortunately, the writing is the weakest aspect of the game. The characters are fine, if a little trite, and the story is totally passable for a 90s action movie shtick, but the script itself is wretched. I liked the two main women, and their bad-girl lesbian thieves (sorry, mercenaries) thing was pulpy and fun, but the dialogue ranged from laughable to eye rolling. The voice actors dutifully posture, trying to sell the hell out of their threats and flirtations, but the whole thing sounds like it was written by a neural network who had been fed cheesy spy flicks, and not even the good Jean Claude Van Damme ones. More like the Steven Segal ones. The direct to VHS sequels. 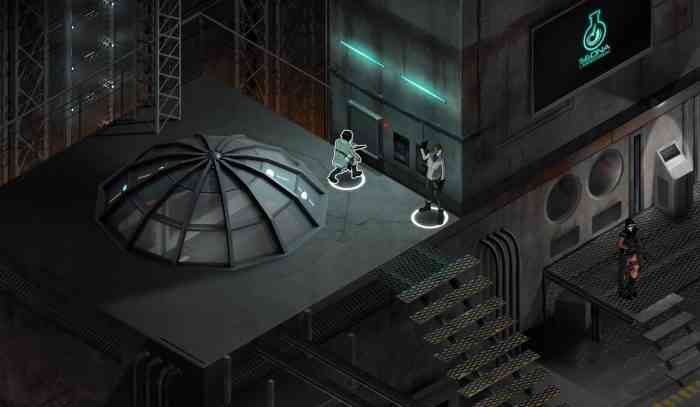 What else is there to say? The art style is cool and retro, sort of Telltale-like. It’s trying to update the original games, and it succeeds. I’d call it timeless, but not gorgeous. Otherwise, the whole affair feels sort of perfunctory. That’s a shame because I know that Fear Effect has a cult following. Maybe this is exactly what they want? For the rest of us, Fear Effect Sedna is sort of an interesting artifact; a game out of its own time. If only playing it was any fun. 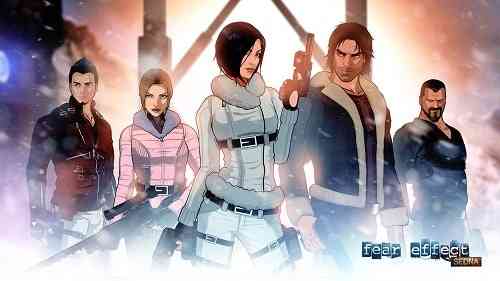