Strategy games have such an appeal because variation and tactical thinking by the player are not only rewarded but expected. Playwood Project’s Wartile takes a new approach to this genre by creating the aesthetic of a tabletop world to play in.

As in tabletop games or traditional RPGs, you control a series of figurines that serve the role of your party. You defeat enemies in a cool-down style strategy combat system, on a journey through Norse mythology to unravel the world’s secrets and tame the gods’ powers for yourself.

[The soundtrack] is fantastic, as you could transplant tracks into many epic films with the same setting.

This is, unfortunately, all that can really be said about the story of the game. It strings together a series of maps with enemy encounters, and after completing all objectives, you move on to the next board. This leads to a rewards and upgrade system that encourages systematic progression rather than narrative drive, so, sorry to anyone who came to Wartile looking for a deep story to lead your personalized figures through. No, Wartile focuses far more on the gameplay (and side note to anyone looking for that narrative experience, I would highly recommend the Divinity: Original Sin titles). Now, this is not to say that a vague storyline is a complete flaw. It just feels like a missed opportunity to keep the player more engaged beyond the game’s mechanics. Because, as I am about to explain, they are sort of a mixed experience.

On the journey through a few maps known as Battleboards, accessed through an overworld, you’ll take on missions usually involving a primary objective such as “capture something” or “kill something.” Secondary objectives usually consist of collecting a number of items or using a certain ability. You’ll encounter a number of units that vary in appearance and play style. They are very well designed, based on Norse mythology, and vary enough that it is easy to distinguish the characters from one another. This creates a clear visual shorthand of which characters, including enemies, perform which skills. This works well with the real-time element of the gameplay, as you don’t really have to stop and assess who you’re fighting; after a first encounter, you’ll easily recognize which foes you are up against and what you will need to do to counter them.

Each figurine has an independent timer that allows them to take actions. This almost ends up feeling like a game of chess where the queen, rook, and bishop all have the ability to move when they want. This can easily lead to players being overwhelmed and should be where tactics come into play. This is where you must use knowledge of certain mechanics to counter the foe and prove you are his better, and to a certain extent this is possible. There are some minor advantageous mechanics such as having units in a formation, having your tanks in front and more damage dealers behind, and the use of high ground to get a slight statistical advantage on enemies that are lower than you, but I found these possibilities were overshadowed by the two other major gameplay elements: the upgrade system, and the Godly and ability cards.

The upgrade system, including loot and improved stats, can lead to having overly strong characters that, even early on in the story, can attain gear enabling you to counter the sense of overwhelm I mentioned earlier. If this was not enough to lessen the strategy from this strategy game, there is the prevalent mechanic of the cards. The ability cards are either abilities your individual figurines can equip that they can use on a cooldown, or a consumable you pick up to either aid your characters or to attack the AI figurines with. The Godly cards are where a good chunk of the strategy begins to break down, because up until this point, the combat is like a manic game of chess and rock, paper, scissors, through the lens of a miniature-style board game. Once you can start using these abilities, they really turn the tide in almost any situation. They allow for anything, ranging from healing to disruption of enemy units, to straight damage. Soon you realize, even on the harder levels, this method of spam is an easy road to victory. The balance is supposed to be the limit on the number of uses of these abilities through battle points, but I personally found battle points far too plentiful to call these abilities anything less than balance breaking.

That being said, if players are looking for a more strategy-based experience, I would highly recommend just ignoring this mechanic, along with the ability to slow down time using the spacebar. Suddenly, the combat becomes a manic mental challenge, where you must counter on the fly using consumables you scavenge and your figurines’ individual abilities to stem the oncoming waves of enemies. This was definitely the best way to play.

It didn’t take all that long to get to the end screen, coming to only about 7 hours, but I didn’t complete the plethora of bonus objectives or finish collecting all the figurines that are available.

Where Wartile shines isn’t the story or combat, it’s the design. The world you are thrust into isn’t at any point trying to pull you in like an epic RPG such as Skyrim, and this is very much a concise design choice and works brilliantly. The boards feel like exactly that: board table tops that you play through. The design of the space you traverse, although natural terrain, has a very manufactured feel to it, with hexagonal shapes as the tiles and strangely individual rises for inclines and slopes, coupled with motionless natural elements such as waterfalls and animals. With next to no animation, it’s not lazy to not animate the water, but perfectly invites the player to see this little world as a unique and crafted playing space. This element is present in almost every visual aspect of the design, including combat where there is no blood, the death animations which are a sort of break down of the pieces, and the overworld looking almost like all the pieces to the board game. There’s even the small section that feels like a rule book you can check at any time.

Despite my enjoyment of this aspect, it is not the focus of my praise for this title; that goes to the soundtrack and sound design. Both of these elements are fantastic, as you could transplant tracks from this soundtrack into many epic films with the same setting. The music is deeply atmospheric. It gives the player this idea that, although vikings are real, there are elements of the fantastical, emphasized with the score’s enchanting vocals, that make every spell and ability seem totally in place.

Overall, Playwood Project should be proud of creating Wartile, which at this point has only just left Early Access. It’s a very ambitious direction to take strategy games, with a more concentrated experience to offer than broader real-time strategy titles. But this focus needs some polish. It has the potential to pull ideas and tactics out of players, thrown off balance by elements that mean they won’t have to. This leaves it a very casual-friendly experience, with less meat for hardcore strategy fans to sink their teeth into. The design is brilliant and works incredibly well for the title, and I can see Wartile becoming a new player in the strategy game market. So if you’re looking for a friendly entry into the genre that has more than enough content for the asking price, and with updates to come, this title is for you. Just keep in mind it won’t hold players who are looking for the challenge strategy games usually offer. 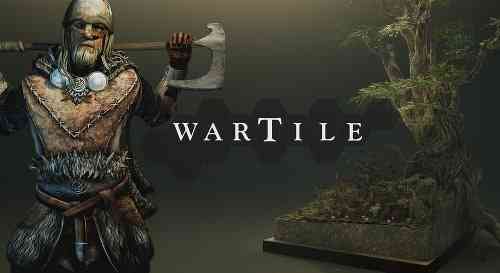 Illuminaria is Lighting Up Steam With August Release
Next Fear Effect Sedna Review – The Lack of Challenge is the Kiss of Death
Previous The 25th Ward: The Silver Case Review – A Murder Mystery Textbook