Badgers and tigers and bears, oh my! Far Cry is back and deadlier than ever on the latest generation of consoles. What this iteration may lack in new features, it absolutely makes up for with improved content and a beautiful world. Players are once again dropped into a hostile wilderness home to a war-torn mountain region, Kyrat. The antagonist, Pagan Min, leads the Royal Army while the player, Ajay Ghale, takes up arms with the Golden Path, freedom fighters trying to reclaim their homeland. In classic Far Cry style, players get the option to choose between two sides within the Golden Path to help decide their fate at the end of the game. Did I mention that this all takes place in the Himalayas? Strap yourself in, it’s going to be a bumpy ride.

Let’s get the complaints out of the way, because while they’re all valid Far Cry 4 is still exceptionally fun and a ferocious game regardless. The first big issue I encountered was the launch. Not only did it take my game an excruciatingly long time to download and install, but the multiplayer wasn’t working straight away either. It’s not just Ubisoft, several companies these days have gotten into the habit of being a disappointment at launch and as a consumer, this is upsetting. I want my product to work from the minute it’s installed and running. 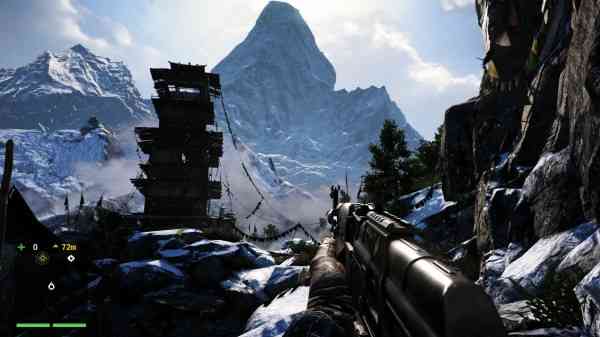 The other big complaint that a lot of people are making is that there wasn’t a ton of innovation. While this may be true, I think that Ubisoft made the right decision by playing it safe. They were developing this game for five different platforms and that’s no easy feat. I’m sure that when, or if, Far Cry 5 comes out, Ubisoft Montreal will have had plenty of time to figure out best practices for working on the new consoles and will have a lot more time to spend on implementing new features and mechanics. Honestly for the challenges they’ve faced, I think they did a hell of a job and am personally quite happy with what they’ve managed to turn out.

So what’s new? Well, you’ll have a new enemy to fight that actually mixes up the gameplay quite a bit. Hunters are now on the scene, a predatorial enemy that can not only see you when you’re hiding in brush but can call on nearby wildlife to come to their assistance. These guys also can’t be tagged permanently which throws a major wrench into taking over outposts without being detected. I would have liked to see them pop up a bit more in the actual campaign missions, but their addition to the universe is well received. As for taking outposts, players will likely find a much harder time of it this go around. Enemy and alarm positions have been reworked and the level design shines here. Many outposts can still be taken out from afar via sniper rifles or bows, but it’s going to be more difficult to do so without getting spotted or having reinforcements called in. 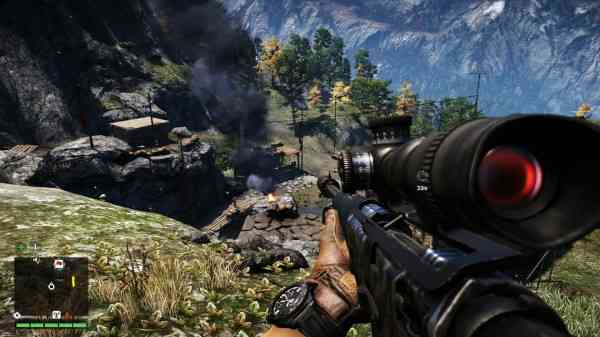 Another solid improvement has been the overall design and look of outposts in general. One of my biggest complaints about Far Cry 3 was how generic the outposts were; they all felt the same and it got tedious near the end. I’ve only got five outposts left in FC4 right now, and I haven’t once felt like I was doing the same one twice. The same can be said for the Bell Towers, which are basically this year’s take on the radio towers from FC3. The design has been honed and I never once felt bored or annoyed by climbing towers to reveal the map. This is largely thanks to another new mechanic, the grappling hook.

Not at all new to video games but new to this series, Ajay can climb mountains and steep structures via a grappling hook. Simply look up and if a grappling spot is in range players hold square to connect, then use the L1 and R1 buttons to ascend or descend. This nifty trick was used and placed rather well, giving you a lot of grappling challenges but never feeling forced or obtrusive. It also just so happens to fit the setting quite nicely, as everything takes place among the mountains. You can expect a good mix of grappling sections throughout the campaign and side missions.

As far as the story and writing goes, it was a little disappointing. It feels like FC3 all over again, with a third world region transforming into something new through traditional or modern values. The only thing really well done is the villain, Pagan Min. He doesn’t quite rival Vaas in terms of voice acting, dialogue, and style but the developers have come quite close. Pagan is a lot of fun and acts like a proper evil king, doing as he pleases and finding any new trivial thing to occupy his short attention span. This is a huge contrast to Ajay, who I honestly didn’t really ever care about. Pagan has meaning, he has reasons for doing what he’s doing. Ajay is simply in Kyrat to scatter his mother’s ashes when he gets swept up into the fight, with no hints at past experience or badassery. Aside from the exception of Pagan, the characters are generally weak and predictable, running the course of a story you figured out an hour into the game. There are bits and pieces of some interesting mystical forces that appear later on, but their inclusion is brief at best. This is too bad as I feel like they missed an opportunity to really stand out here and be different from Far Cry 3. Seeing as it’s in the multiplayer a lot, you’d think it would be a bigger part of the campaign. 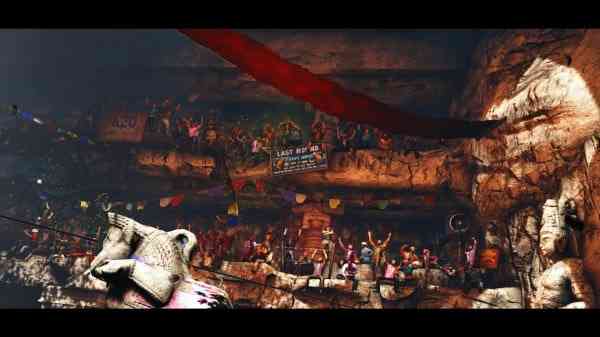 Speaking of which, the PvP is a lot of fun! Players either control a member of the Golden Path or the Rakshasa, using a loadout system akin to most other modern shooters. There are a few game modes including King of the Hill and Capture the Flag, but with a twist. The standard objective remains the same but there is a constant secondary objective as well. The Rakshasa team have a distinct advantage where they turn invisible when crouched, but they are also at the mercy of the bell tower. If the bell tower is on, the Rakshasa can be seen on radar. This results in resources being split amongst two power struggles to really make for some dynamic gameplay. After each round, the teams swap to make sure everyone has a chance at playing both sides. I like this approach when it comes to asymmetric multiplayer because it ensures that both team is at the same advantages and disadvantages in a full match.

Unfortunately, while the multiplayer is a lot of fun it’s also rather shallow. Final loadouts were realized rather quickly. I barely changed anything around after ranking up and found myself using the same powers and weapons constantly. Unlocking everything would take a bit of time, but there doesn’t seem to be much of a point in playing past a certain rank. It does feel a bit tacked on, and I’m really hoping the next iteration takes this and polishes it quite a bit. It has the potential to shine, I just need a better reason to keep playing it. 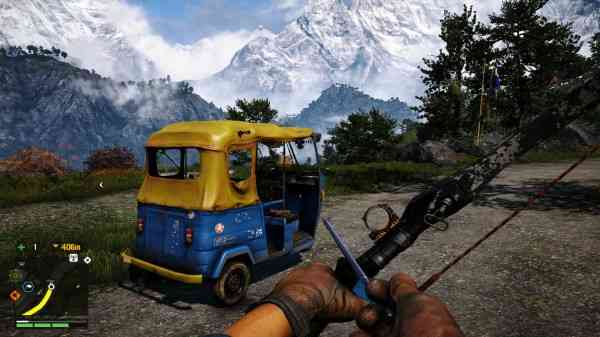 As for the rest of the game, I have plenty of great reasons to continue past Pagan Min’s reign. There is still plenty of work to do before Kyrat has been restored to its former glory, though I doubt I’ll finish everything. Even so, just taking the remaining outposts, bell towers, and fortresses will take me numerous hours. If that’s not enough, you can seek out the forty mani wheels and thirty masks, or you could finish all the outpost quests, or even still you can craft all the upgrades for Ajay through hunting. Players are also given an Arena, which is of course a lot of fun and a good way to kill time. Honestly, even though the story isn’t that great I’m even tempted to replay the whole thing on hard mode and this time support Sabal instead just to get the other ending.

This game is HUGE. At the end of the day, you are absolutely getting every dollar of value from Far Cry 4, and I’m nowhere close to being bored of it after roughly thirty hours. If you enjoyed Far Cry 3, do yourself a favour and pick up FC4. You will not be disappointed, I assure you. Now if you’ll excuse me, I’m off to go get the trophy where you kill thirty enemies while riding an elephant. Yes, you can ride elephants. Need I say more?

Next Power Rangers Super Megaforce – These Power Rangers Aren’t Super at All
Previous Terraria Review – Not Just a 2D Minecraft Clone, but a Good Game on Its Own