Nuka World is sure to take you on a wild ride, but there are many ups and downs. The final piece of Fallout 4 DLC is out, and yet again Bethesda has managed to maintain their love-hate relationship with me. All aboard the Nuka Express.

Like the other non-workshop add-ons, you begin by tuning in to the newly operating Nuka World radio signal. You’re directed to a train station outside of the map, one hidden by several invisible walls. If you’re like me and tend to walk across the landscape instead of taking roads, enjoy navigating through barriers that shouldn’t be there.

The basic gist of the story is that you go to Nuka World, side with the raiders camped out there, and help them clear out the theme park. There are five zones to clear: Kiddie Kingdom, Galactic Zone, Nuka-Cola Bottling Plant, Safari Adventure, and Dry Rock Gulch. After clearing each zone, you then decide which raider faction – of which there are three – gets to take up residence there. 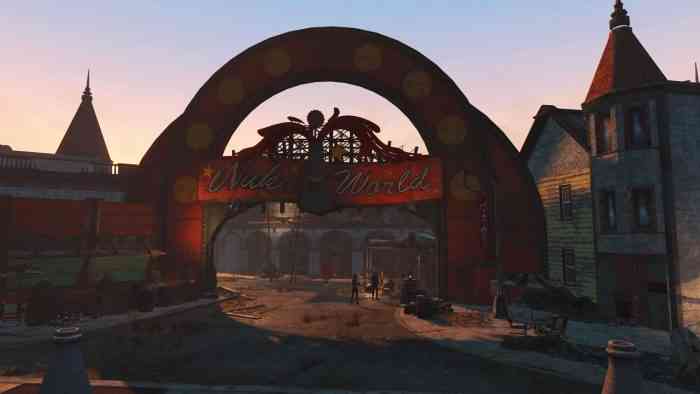 In terms of map size and content, there’s a lot to see and do. Not only is each zone unique and fun to clear, but new enemies like ants and gatorclaws await you within. If you want to do every sidequest available, you can easily spend 15-20 hours carousing through the park. Unique Nuka-Cola flavors, new weapons, and a couple new armor sets are out there for you to find as well.

There’s just one real problem. Even picking the meanest dialogue options available and generally being an asshole to everyone I encountered, I still don’t feel evil. There’s a lack of depth and maturity in the overall arc. Instead of feeling like a raider king or queen, you’re just once again going through the motions. Do I feel like my character is an asshole at times? Sure, but not evil.

“There are plenty of interesting backstories hidden in tapes and memos, but as soon as you run into the few survivors connected to these, there’s a disconnect.”

This “evil” add-on has no real moral dilemma at any point. You show up, clear the park, claim your reward. There are plenty of interesting backstories hidden in tapes and memos, but as soon as you run into the few survivors connected to these, there’s a disconnect. It’s a real shame, because a few of the quests are actually very interesting and fun to complete. At the end of the day, you’re still mostly just killing mindless creatures or robots incapable of feeling.

Where are the pockets of resisting merchants who fled from the raiders? Where are the lost families who just want some food and water, maybe help getting home? You’re never put into a position where you can help someone, but in exchange you’ll then be hunted by the raiders you were helping. Yes, there are slaves with explosive collars that you can tell to shut up and get back to work, but that’s about it. 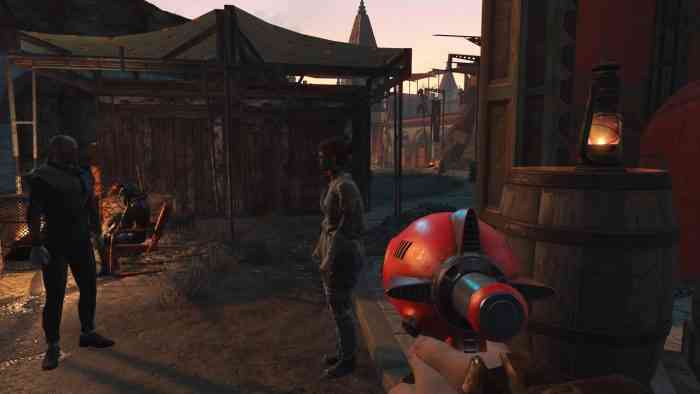 I’m not sure if maybe Bethesda is simply trying to stay politically correct, but they’ve made a mistake. It’s just my opinion, but Nuka World could have been magnitudes better if instead of clearing areas of creatures, you were clearing out the innocent lives who just wanted a place to stay. The idea of mowing down wastelanders and driving them from their homes is dark, but that’s a huge part of Fallout that’s been missing for a while now.

In what is supposed to be a truly open RPG, you the player should be able to be whoever you want to. If that means being a tyrannical dictator instead of a benevolent democrat, so be it. I was sorely hoping for a chance to laugh maniacally as people ran in terror, but alas it was not meant to be. 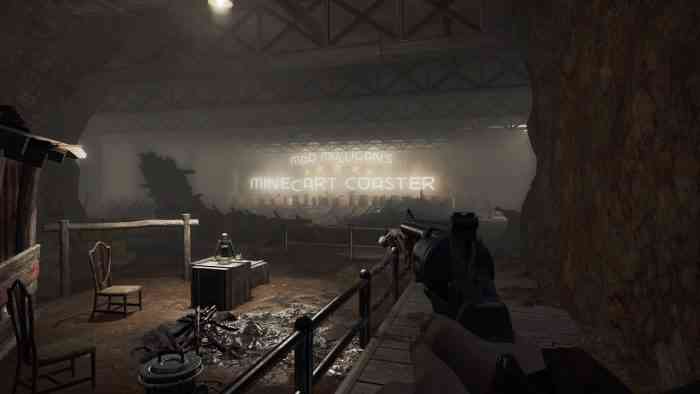 Take solace in the fact that if you generally enjoy Bethesda’s work with the Fallout series to date, you’ll probably still enjoy this. I meant it when I said some of the quests were fun and interesting, and that you should get at least 15 hours or so if you do everything. It’s nice finally having a rifle that’s basically an AK-47, and you get a raider companion to add to your collection of followers. Even the set pieces like the rides and monuments are great to look at. Unfortunately for me at least, this is another example of coming close but still being oh so far away. This was a great opportunity Bethesda, and it seems you’ve gone with the safer route yet again.