Goblins and Grottos is an interesting game with a unique premise – what if you were the goblin from a fantasy game? The world looks a lot different from a goblin’s perspective and the adventuring heroes look like monstrous sociopaths. This set up creates an interesting and humorous parody of classic fantasy tropes. It makes the game very compelling, which is also reinforced by solid aesthetics and 8-bit graphics, but sadly is undermined by the gameplay.

Goblins and Grottos looks great, and its artistic style matches its humor and story. The world feels organic and adds to the unique twist of the genre that the dungeon is this character’s everyday environment. Goblinoid status is also reinforced by the fragility of the character. Everything that can kill you will do so in one hit. This feels right when it’s a hero’s blade that slays you, but sadly this is not your biggest fear. You’ll die far more to fall damage and wonky physics.

The game is a platformer but each section can be considered a puzzle of sorts. To progress, you need to think your way past an obstacle of some kind. This is usually a hero and to the game’s credit, it is always satisfying when you succeed. Sadly though, I found much of your success is based on luck. The throwing mechanic is awkward and often results in trial and error to hit your mark and the physics will often react unpredictable, making objects just as hazardous to the player as the enemy.

“The world looks a lot different from a goblin’s perspective and the adventuring heroes look like monstrous sociopaths.”

Special note needs to be given to fall damage. I never managed to get the feel for what was and wasn’t a safe distance to drop off a platform. Rooms are often made large enough where you can jump to one platform but jumping from the platform back down can result in your death. It feels wrong; like the game is being unfair. While death doesn’t have any real penalty beyond losing a high score, it is extremely dissatisfying to figure out a puzzle then fall to your death on the same screen. This goes double for falls that end in water. These little safe fall pits often have edges just too close to the fall zone so if you veer one way or the other you die. You can also complicate this by pushing objects into these ponds accidentally, creating yet another death trap for yourself. 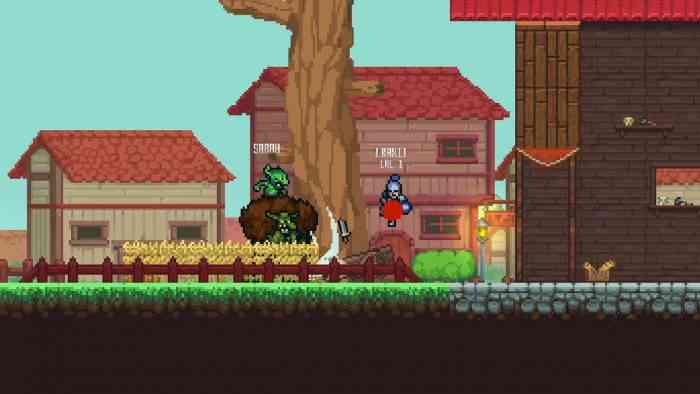 These factors make the game feel very slow. To some, it will seem calculated moving from one objective to another carefully and with purpose. But the more random elements of the game undermine this and lead to very frustrating scenarios. Minor setbacks, when consistent enough, have a real effect on the pace and in the case of Goblins and Grottos, it is hard to maintain excitement when the game is being antagonistic.

Goblins and Grottos is flawed, but it is also unique. If the premise alone excites you then the  game is worth a look. It certainly offers a challenge and if strategic platforming appeals to you then you may enjoy it. If you are looking for fast paced, or precision platforming then you fill find the game frustrating. The game is a real mixed bag but you have to give credit where credit is due, it really puts you in the shoes of a nameless mob… turns out the heroes have it pretty good after all. 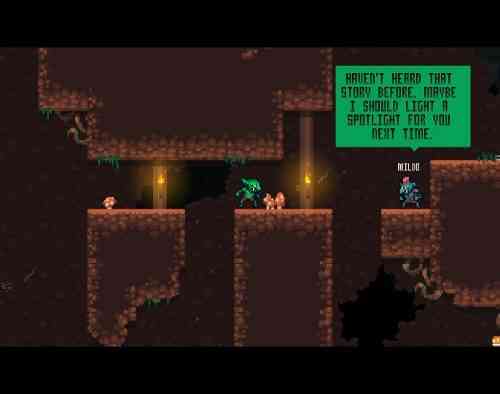 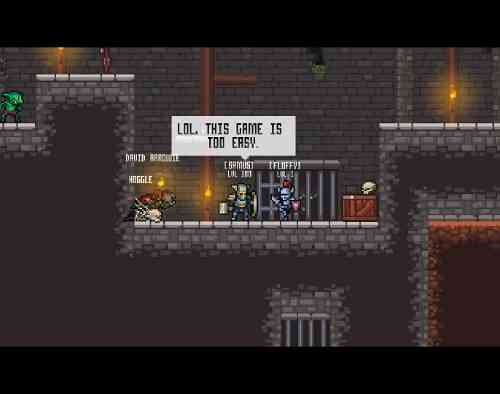 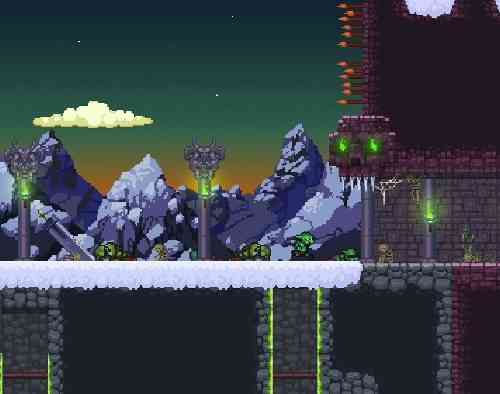 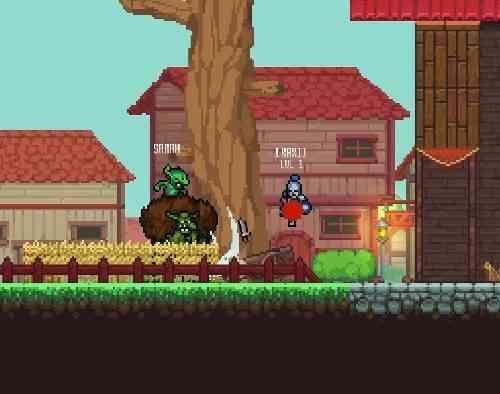