While I’d consider myself a relative newbie to the sport of Formula 1, last year’s iteration of the longstanding franchise was quite impressive. And after seeing just how much of well-designed F1 2019 was, let’s just call me a little curious to see just how the newest in the franchise, F1 2020, is going to stack up. So does F1 2020 deliver a new and improved experience of the game many love so dearly? Let’s just say that the die-hard fans of both the sport and the game franchise won’t be disappointed.

Call me crazy but it’s unlikely that anyone looking to play F1 is thinking about how fun the story or overall adventure is going to be, right? As such, there’s not really much of a story to follow here, instead just a ton of extremely satisfying high-speed fun. The reason for this is the overwhelming amount of game to play and all the different game modes to explore. Most of which are fan favorites, others which are the new additions. The new F2 game mode is back for a second year in a row, bringing with it a bit more variety, with three different ways to play. Players can choose how many races to take part in before launching into their F1 career, as their performance in F2 impacts this, or they can skip this step and dive right into their professional F1 career.

If you’re looking for an entirely new experience, the F1 franchise has finally taken a page out of their counterparts with the My Team game mode. Here you’ll not only be able to get behind the wheel as the driver, but you’ll be the manager of the team as well. Players are responsible for choosing sponsors, building the perfect vehicle with various facilities, and hiring a whole team from the bottom up. My Team adds a lot of depth and complexity to this already fairly meaty package and allows for even more control than ever before. What’s cool about My Team is that like in the F2 game mode introduced in F1 2019 players will have to take part in interviews with the press. The interviews aren’t exactly overly exciting, however, the answers given will affect what your team, sponsors, and fans think of you, both as a manager and a driver. And that in itself adds yet another layer of complexity to F1 2020.

Of course, if you’re looking for a more laid back approach to this racing sim, there are plenty more game modes to explore. From a career without the added responsibilities to championship races to invitational events, there’s a lot of ways to get lost in the world of F1. And that’s just the single-player game modes. If you’re looking to try your luck against real people there are a few different options including ranked, unranked, weekly events and leagues. What’s more is that for the first time in several years split-screen is back for offline and online play. As someone who used to only buy games that supported split screenplay for when friends came over, this is definitely good news for fans everywhere. At this moment of writing I can’t exactly speak to how quick multiplayer matches load and all that jazz as there’s no one to play against, however, if it’s anything like all the single-player game modes, it’s going to be a blast. 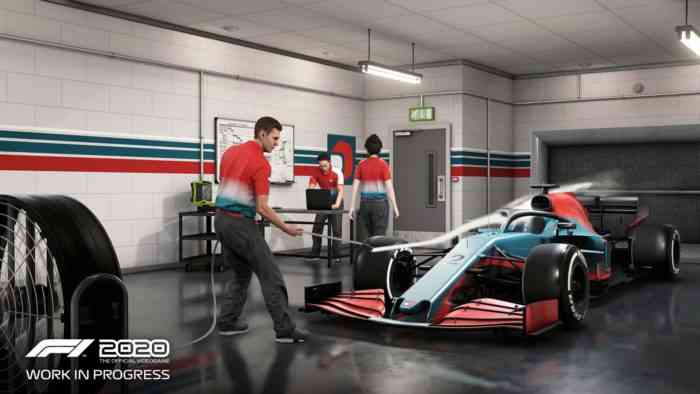 What is rather disappointing, however, especially after touting creation as part of the announcement trailer for the game, is the lack of real improvement Codemasters has made to their already limited customization options. Sure, high-speed races in sleek race cars is fun on its own, but if you can now build an entire team from scratch, where’s the option to do the same for the vehicles, character models etc? While My Team offers a bit more freedom when it comes to this customization, with the ability to choose a team symbol, and the option to change the colors of the player helmet, suit, car and home base, it would have been nice to have a larger selection of options not only in the My Team game mode, but every other one as well. More creative freedom with car designs would make F1 2020 feel a bit more personal.

The roar of the crowd, the rev of the engine, the various sounds of the pits are all created and executed meticulously to keep you entirely immersed in the world of professional racing. And that’s just the beginning. Blue skies, fluffy clouds, pouring rain, and lighting throughout the track all amplify this immersion. Not a single pixel is out of place, frame rate keeps pace with the constantly moving and evolving environments, regardless of how quick you’re barreling towards the finish line. F1 2020 is truly a sight to behold, which is saying something because last year’s title was already top-notch.

And it’s not just the graphics and sound that showcase this either. Aside from a few minor bugs that are set to be ironed out with the very first game patch, like some minor shaking and handling imperfections, F1 2020 is an incredibly smooth ride. That said, players need to actually know when and how to take tight corners, when to ease off the brakes, how to block opponents from overtaking the position, and when to hit the gas hard. To help with this there’s a new casual race style that makes the entire experience a bit easier for newcomers, with more assists, easier AI opponents, and less resistance when off-track. This certainly makes the game not only more accessible to a wider audience, but easier to learn the controls without a bunch of practice laps as well. If you’re not a newbie to the F1 games, you should have no problem playing on the standard race-style, with options to increase the driving proficiency from beginner all the way to elite. The harder the driving proficiency, the harder the AI, and the more realistic experience. Regardless of the setting, you choose there’s always something so satisfying about overtaking an opponent, especially since the AI in this game is no joke. They are made to be real competition. 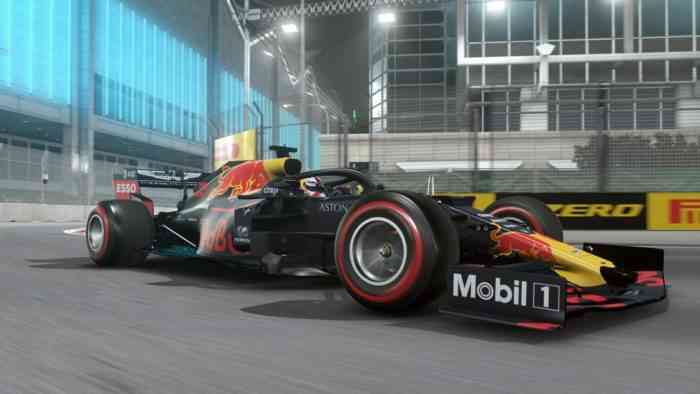 As you might expect, this can make the overall experience rather frustrating if you’re looking to play more realistically. If you’re not a Formula 1 fanatic, or you just don’t know all the rules, the game will punish you for it. You can end the race in second place, but because you took penalties throughout your many laps, you could actually end up in sixth or seventh place. Unlike games like Burnout, The Crew, Need for Speed, you can’t just take out the opponents, take shortcuts, or even overtake the other racers at certain points during the races. F1 2020 truly is a game that takes more focus, time, and patience than any other racer.

F1 2020 not only builds on its strengths of previous titles, but it adds some much-needed accessibility to ensure the game appeals to a wider audience this time around. It’s not only a smooth operator at every level, but it looks and sounds just as great. Despite a lack of noticeable improvement to the customization options, I’m hopeful that next year Codemasters will finally give this area a bit of facelift. After all, what’s an immersive racer without a bit of creative freedom along the way, right? F1 2020 is the ultimate title for racing fanatics as it’s a game for those with an unrelenting will to win, no matter how long it takes. There’s a ton of game to be played here, and regardless of your skill level, it’s hard not to love just how well-crafted the latest addition to the F1 franchise is. 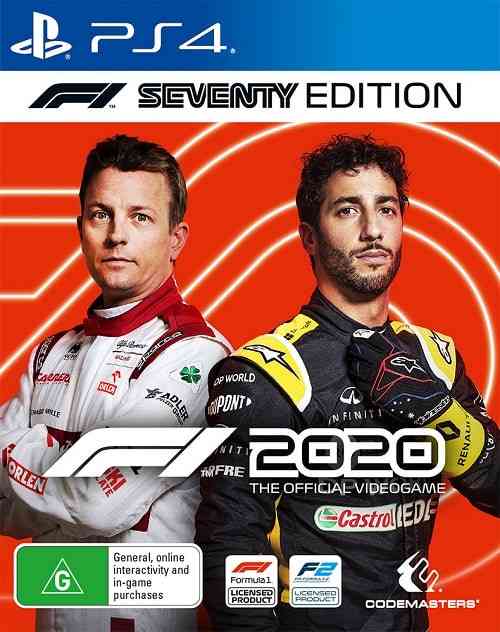