Everybody’s Golf Review – A Satisfying Hole in One

Put on your tackiest sweater and pull up those socks, it’s time to hit the green! Developed by Clap Hanz, Everybody’s Golf is best known in North America as Hot Shots Golf, a series that rose to fame in the west on PS1. Despite the unfamiliar name to us, Everybody’s Golf has been a long standing and expertly evolved series that creates the kind of balance in sports gaming that we want and need for golf. Without going over the top, Everybody’s Golf is more of a simulator at heart, asking players to pay attention to more than where the ball is going. Wind, hazards, club type, and the timed hits in your power bar all need to be taken into account. This realism will have you slow down and carefully consider your next shot – much like in real golf – but the game also doesn’t leave you to fend for yourself. Each shot will start you off lined up with the safest approach and what the game feels is the best club for the job. I can’t say I know the finer points of golf, but a few times I took some calculated risks with a stronger club and a tricky stroke to cut down my distance and it paid off well. The game will help you, but don’t let that discourage you from taking risks.

A new mechanic to the game called Auto Impact is designed to help new and inexperienced players with their stroke. Instead of hitting X three times to make the shot (Start the swing, power, accuracy), only the first two button presses are necessary. Auto Impact will make the more skill-testing third button press for you, but the game warns you it will not be a perfect hit. That was fine until I was forced to use it in a tournament; shots I had lined up and calculated were blindsided and knocked into hazards because the Auto Impact would strike so off the mark that the ball would wildly veer left or right. If you have newcomers who want to do some practice rounds then, by all means, use the Auto Impact, but for tournaments where every shot counts it can be trying to say the least.

“Players are able to customize their characters appearance with unlockable parts from body shape, to clothing, to the animation style they use during the game.”

While Everybody’s Golf straddles between the rough and the green when it comes to being a sports game and a casual pick-up-and-play experience, it does not offer much in the way of a tutorial. If I had not had previous experience in the Hot Shots series I would have found myself struggling at first. As previously mentioned Everybody’s Golf isn’t strictly a sports game but instead is full of humor and whimsy. The brightly colored courses and overly animated characters bring delightful charm to golf that you won’t find watching the actual sport on TV. Players are able to customize their character’s appearance with unlockable parts from body shape, to clothing, to the animation style they use during the game.

A neat addition to unlocking parts comes from the chance to copy those characters you have defeated. Tournaments will see you face off against over a dozen randomly chosen NPC’s at a time from a selection of 80. Each one you have defeated by three points will be unlocked in your Home area. Interacting with NPC’s gives you the option to spend your hard earned coins and unlock everything that makes them unique: body size, hair style, etc. It’s a nice reward for doing well in tournaments and gives you a little extra nudge to push yourself. 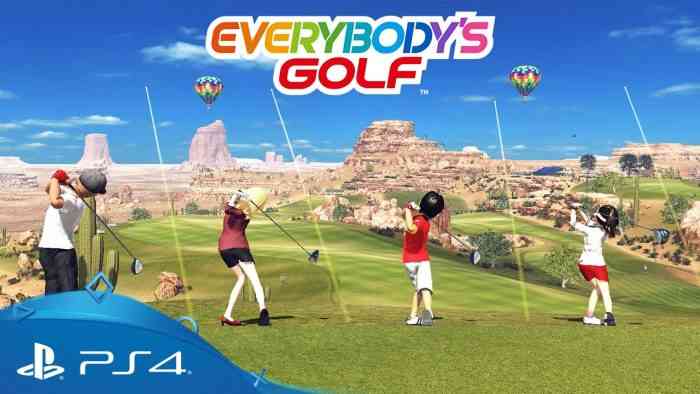 Golf at its heart is a competitive game, and Everybody’s Golf offers great multiplayer options. Not only can players go head to head on the couch, but the online features added to the game feel like a natural extension and not a wholly separate mode. Players can select from the various courses they unlocked and either dive into competitive tournaments or free roam around the green. In the Open Course mode, holes can be completed in any order as you travel around on foot – later in the game, by your own golf cart – and holes can be completed multiple times in an effort to win a daily bonus. Other players also on that hole will be visible, and playing multiple holes against the same player will start a rivalry between you two. Not only that, coins and the even rarer gems will sometimes be lying around the course to be picked up from idle wandering. It’s a new feature some of us have wondered about but never thought would happen, and it’s a welcome addition to everything Everybody’s Golf has to offer.

Everybody’s Golf is a great game that perfectly blends lighthearted humor and the serious attitude of golf without confusing what it is. The gameplay can be confusing for newcomers as there isn’t much explanation of the HUD but players are not left in the dark as the game offers ample ways of helping you learn and improve your swing. The customization is fun, if a little basic at first, and the online options with free roaming, collecting coins, developing rivalries, and trying to set the high score feels like an incredibly natural part of the game. Lining up a stroke or getting ready for a putt will make even the most casual of gamer sit up straight and focus on that satisfying sound of the ball dropping into the cup. 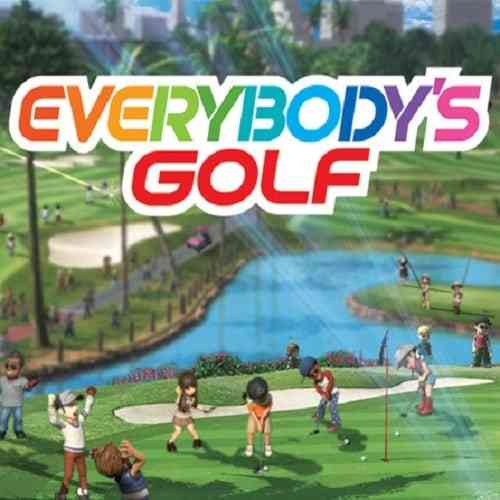