Enigmatis: The Ghosts of Maple Creek Review – Showcasing The Very Best Of The Puzzle Genre

Enigmatis: The Ghosts of Maple Creek, referred to as Enigmatis for the sake of brevity, caught  my eye as I had previously played through a demo of the game a few years ago on my phone. Wondering just how well it would play on a console, and being a lover of the puzzle genre, I was interested. Enigmatis showcases the best of the genre in many aspects of the game and was thoroughly enjoyable to play from beginning to end.

Enigmatis follows a detective on her search to find a missing girl in the small town of Maple Creek. It begins in the town square in the aftermath of a storm that leaves the detective with little memory of how she got there. With only a torn notebook, she sets off to find clues that will lead to the missing girl she came to the town in search of. Along the way you need to solve countless puzzles that range in both style and difficulty, including hidden object, jigsaw and swap and match puzzles, as well as riddles. Sometimes a hidden object minigame leads to a part or object needed in another puzzle sequence, and other times it leads to information for the evidence board. Either way, you know that these minigames and puzzles play a larger role in the story, making them even more enjoyable to play through.The evidence board was a great idea by Artifex Mundi, both as a guide to the rest of the game, as well as a tool to allow more player interaction with the story.

“Enigmatis kept me intrigued from beginning to end…”

What made the story even more interesting to play through was the bonus level that unlocks upon the completion of the main story. Here is where you really find out what ghosts inhabit Maple Creek, as this bonus level explains some of the mysteries uncovered in the main story. Enigmatis kept me intrigued from beginning to end, offering 3-5 hours of playable content with two difficulties: normal or expert. Normal includes hints that recharge after 30 seconds, highlighting the next move, no infractions for mis-clicks during the hidden object games and the ability to skip past mini-games if they proved to be more difficult than anticipated. Expert requires more focus and patience, as the hints take longer to recharge at 60 seconds after use, there are penalties for mis-clicking during hidden object games, and no ability to skip mini-games. It also does not include move highlights which leaves the next move solely up to the discretion of the player.

The controls are simple, with the majority of the time spent using the thumbsticks to move and look around, as well as A to click on items/areas and B to go back. The D pad is essential for pulling up the evidence board, diary and map for review. Now, regardless of the difficulty you play on and the simple controls, there is a major drawback that will have you banging your head against the wall with increased frequency as you progress through the game. Let me explain. There is no fast travel in Enigmatis at all, which may not seem like a big deal until you get closer to the end of the game. Near the end there are over 20 different areas that might require attention and if you are on one side of Maple Creek you will have to backtrack a lot in order to get to the intended area. The most frustrating part about not having any kind of fast travel system is the amount of time spent moving around the map. 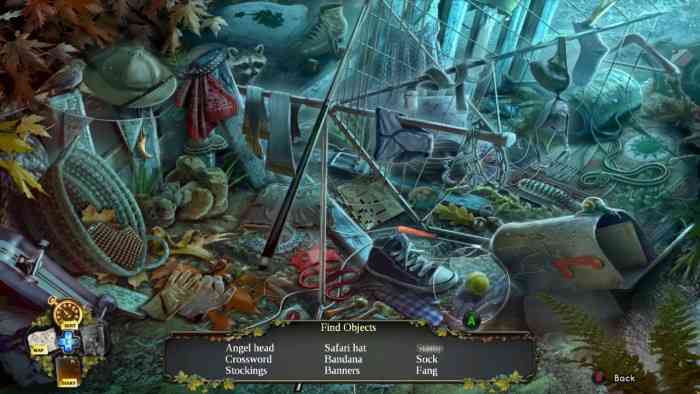 The only other negative to Enigmatis was the poor voice acting that took away from theNPC characters met along the way. While the computer AI added another enjoyable part to the game whenever they are introduced, the voice acting of not only the AI, but also the main character is cringe worthy. It is slow and robotic, as if the script is being read off of a screen at a certain pace. During these parts of dialogue I tended to turn the volume down more times than not in order to save myself from the terrible acting. This is not to say that all of the sound is bad though. Outside of the atrocious character voice overs, the sound has quite the positive impact on the game. It changes the mood and atmosphere; at parts it is eerie and mysterious and others times it is upbeat or peaceful. There are sounds of crunching leaves underfoot, birds chirping in the background and bells ringing in the distance, adding realism to the story at every turn.

The graphics are good, and while they are not the be-all and end-all of Enigmatis, they mesh well with the other great parts of the game, adding a layer that helps reinforce the background noise. The graphics are similar to the ones I saw on my phone after the original release in 2011, although crisper and brighter. Enigmatis is pretty and artsy looking, like the town of Maple Creek is straight out of a work of painting or similar piece of art.

Of course there are a few drawbacks within Enigmatis, but what game doesn’t have a few imperfections? Overall this game proves that playing detective is bound to involve hours of fun. The ghosts of Maple Creek really come out to play in this mysterious puzzle adventure game which is truly a blast to play. I cannot remember the last game I played that kept my interest the whole way through and because of how much I enjoyed this game, I look forward to playing though the sequel, Enigmatis 2: The Mists of Ravenwood on the next generation consoles. 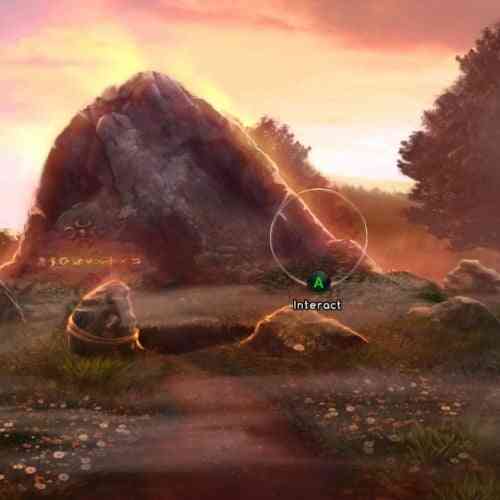 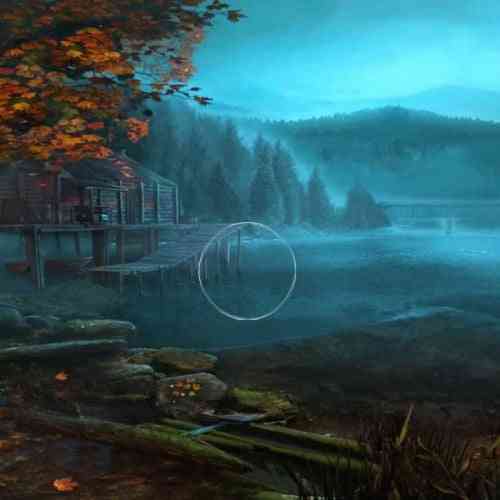 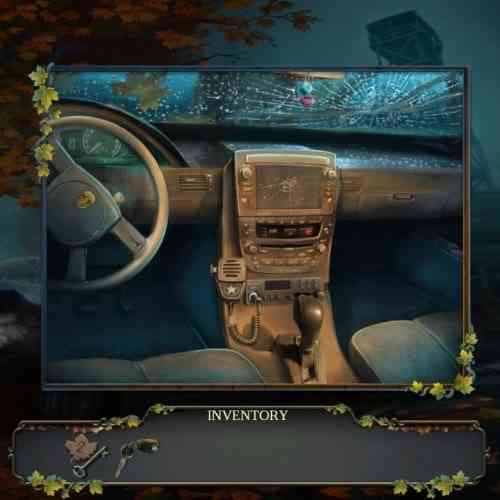 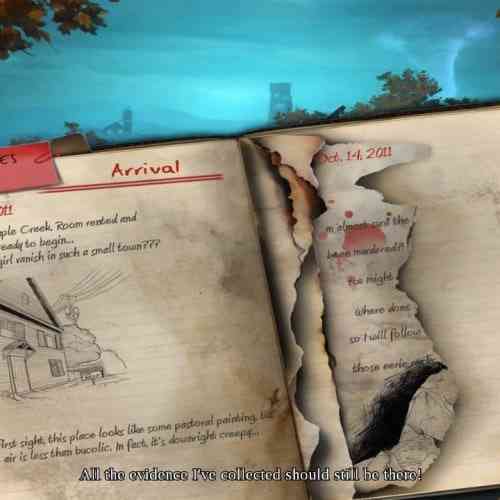