The influence of The Legend of Zelda series is palpable in many games. Whether it’s the art style, setting or structure, the footprints of the tunic-wearing Hylian are visible in many action-adventure titles. Whilst Eastward possesses many familiar traits, the implementation of these combined with the charming narrative, allows the game to stand tall and emerge from the giant’s shadow that has engulfed many others.

Due to a deadly toxic presence causing a rapid reduction in the human population, communities have been formed under the Earth’s surface. Set in a decrepit, make-shift town, you play as a disheveled miner named John. Life follows a depressing, lonely loop for him yet he is content. Opposing his life of solitude is the excitable, young risk-taker, Sam, which creates a lovely juxtaposition between the playable characters. With dreams of seeing the vast, blue sky, the unlikely duo team up for an incredible, charming adventure in a dystopian world.

Power of the Pan

With the ability to switch between characters, you will be required to use their individual strengths in order to succeed. Armed with a frying pan, John is the aggressor. Later gaining the ability to use a flamethrower, shotgun and bombs, he is key when taking on a barrage of enemies. Combat is similar to pioneers in the genre, with basic directional attacks and the ability to unleash a larger charged strike. Opposing this is Sam, who can use energy-based powers to light up areas or freeze creatures. Whilst the combat system isn’t revolutionary, it certainly adds a fresh twist to the genre. The different playstyles complement one another and make traversing through the dangerous terrain an absolute pleasure. 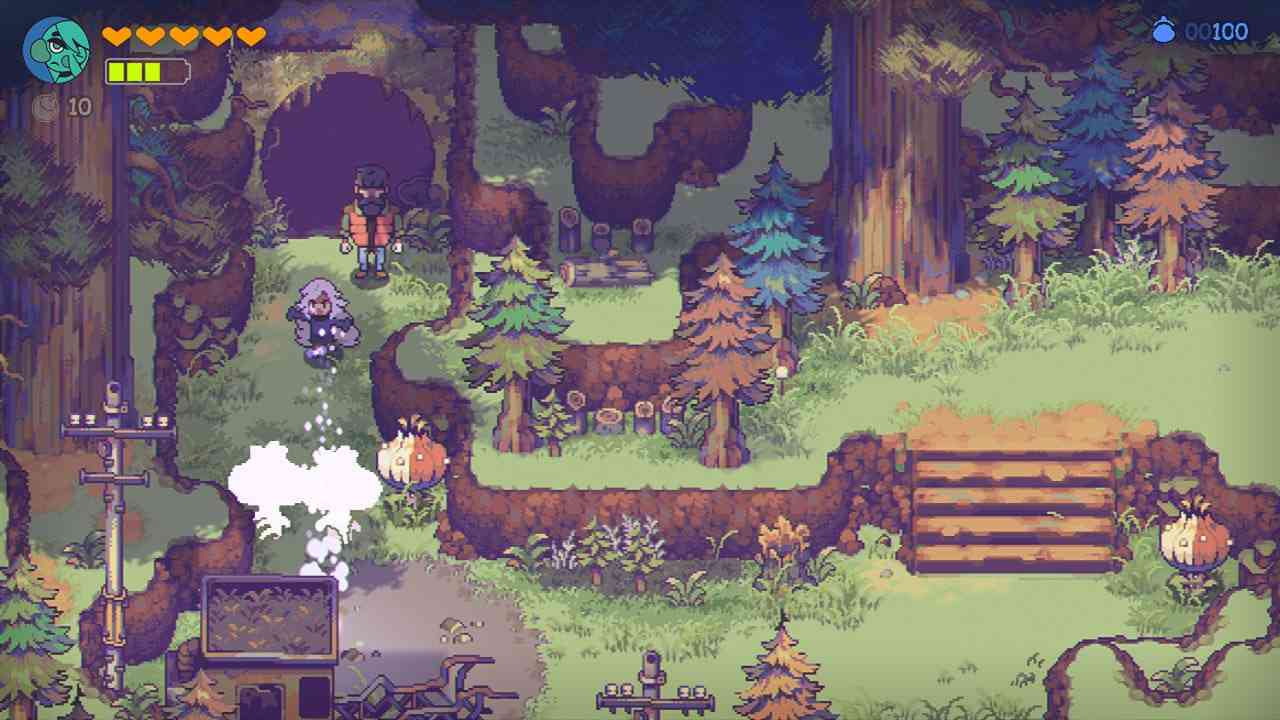 Brimming with personality, Pixpil has managed to create an alluring world that begs to be explored. Nestled within the rich environment are secrets rewarding you when venturing in new directions. There’s a lovely design philosophy that permeates throughout the game. Areas are interconnected by an array of intricate paths, creating a delicious trek through a refreshing world. Each inhabitant has been designed to instantly emit their character and traits, signaling their attitude and viewpoint. This is further enhanced through interactions that are packed with funny and witty dialogue. From John’s casual, hand-in-pockets stroll to Sam’s wide-eyed enthusiasm, each resident is diverse, making you want to learn about every person you encounter.

Dungeons are beautifully interwoven into the very fabric of Eastward. Due to their aesthetics, they feel natural and part of the larger world. Littered with puzzles, enemies and obstacles, you will need to use a range of skills in order to progress. The majority of puzzles are quite simple, however, the low challenge helps the game maintain a steady pace. Highlights of these are when you are required to control the characters separately to progress, however, even these sections follow tried and tested routines. Even though dungeons follow conventions established by forefathers, they are delightful and thoroughly enjoyable.

Journey To The East

Slaying foes and smashing the environment may reward you with a health item, however, for a guaranteed boost, you may as well cook up a tasty treat. Similar to Breath Of The Wild, you can collect ingredients and muster up a dish that will replenish your health. Some will grant temporary additional hearts or increased stats which are particularly useful with tricky boss fights. Combined with a slot machine minigame that can increase the effectiveness of items, this take on a familiar system has been perfectly integrated into the game. 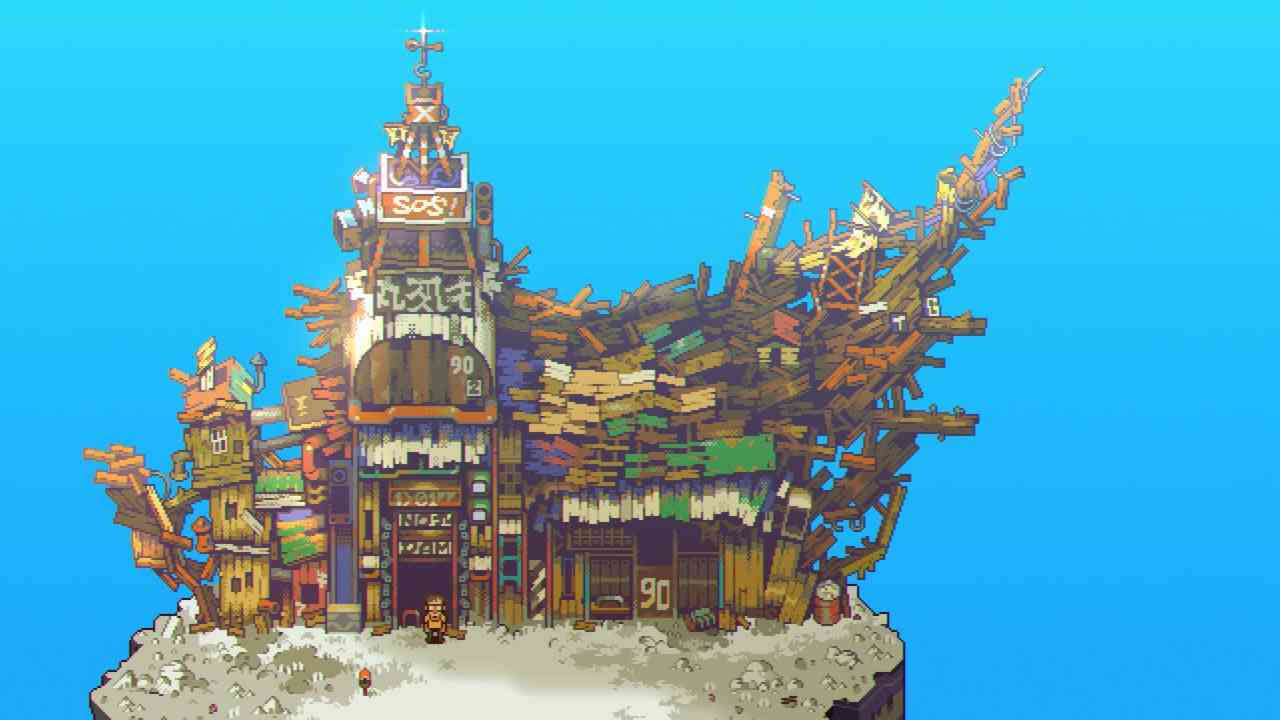 As you peruse the area, you may stumble upon arcade machines. Here, Sam can play her favorite game, Earth Born. It’s wonderful to be able to play a game that is heavily referenced throughout by the protagonist. The traditional JRPG has a surprising amount of depth that can be quite addictive. Fans can even collect characters from Earth Born on Gashapon machines that are also tucked away in the world.

Although lots of titles have adopted the pixel art style, not many have been able to implement it as well as Eastward. The grand post-apocalyptic exteriors juxtapose with the bleak underworld creating a breathtaking, diverse setting for your journey. Pixpal has expertly used stark lighting effects to help add depth to each area. This is further enhanced with the fixed overhead perspective, which contains elements in the foreground and background that help the world feel larger than it is. 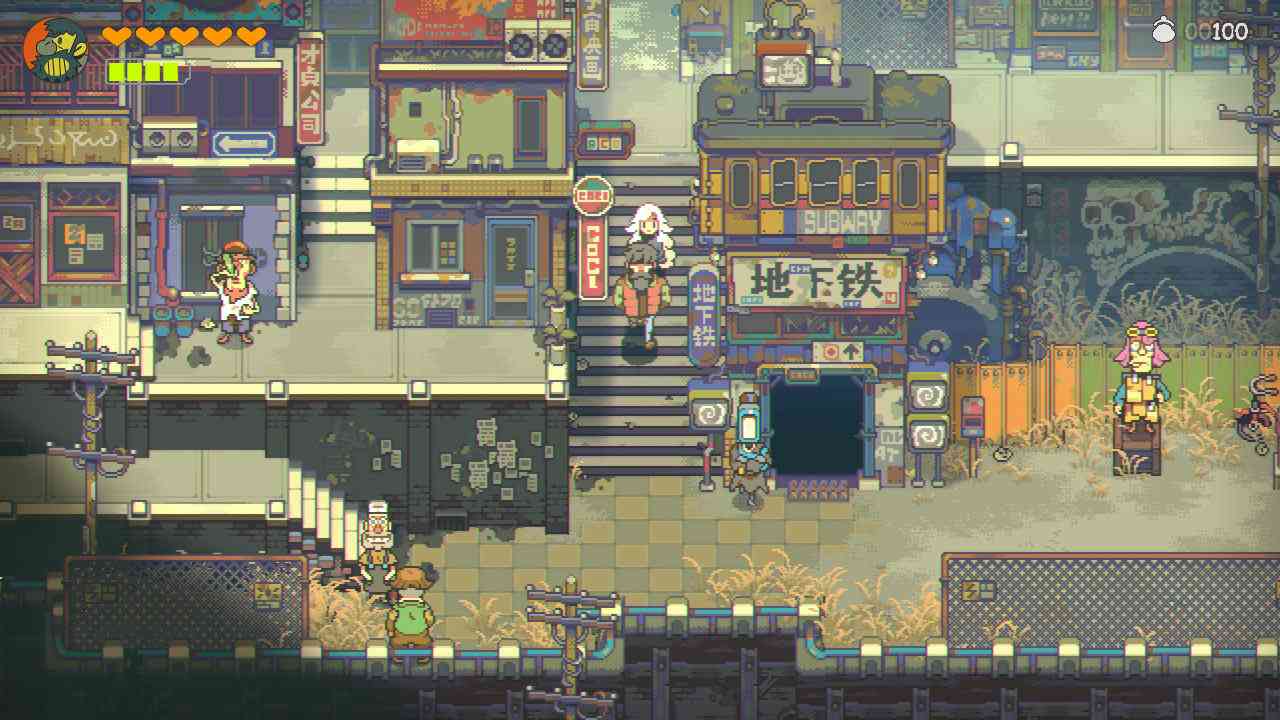 Each step is backed with an 80s influenced synthwave score that radiates nostalgia. The subtle and understated sound effects are satisfying, especially the clang of metal when John cracks an enemy with his frying pan. Staying true to its influences, there is no voice acting in the game. Whilst this may disappoint some people, it takes nothing away from the characters and the narrative.

Eastward is a game about a journey and the characters you meet along the way. Although the combat and puzzles are quite typical, the setting, sound and art style are remarkable, making this an essential trek through an incredible world. 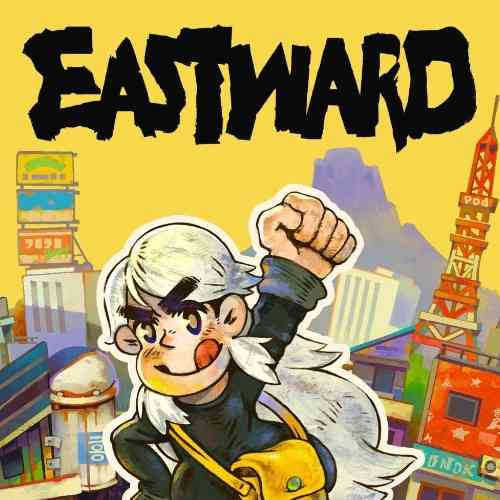 Legend of Tianding Review – To Steal From A Thief