Dynasty Warriors 8: Xtreme Legends Complete Edition (PC) Review – This Game Might Just be for “Console-less” Fans of the Franchise

My only experience with Dynasty Warriors is the occasional clip on the Jimquisition. So when I got the opportunity to review Dynasty Warriors 8: Xtreme Legends Complete Edition latest release on the PC I took the chance.  I thought we should get some negative out of the way; Dynasty Warriors 8is a PC port through and through. Is it the worst port? No, Trials Evolution Gold Edition and Saints Row 2 are far worse ports of console to PC games, but it is worth noting that if you want to play Dynasty Warriors 8 and you have an Xbox 360, PS3 or PS4, get the game on one of those. You’ll save yourself a lot of headaches.

There have been multiple reports of game crashes, failed game session launches and framerate issues. Thankfully I haven’t had nearly as many problems as some people, but that doesn’t mean this is acceptable, especially when asking fifty dollars for it. At the time of writing this review there doesn’t seem to be any support for 16:10 resolution, mouse input and controller button prompts.

The latter two issues make the tutorial rather annoying since, regardless of whether you’re using a keyboard or controller, you can’t easily tell what button does what. The game has icons but doesn’t say what buttons trigger them, requiring you to go to the options menu and figure it out from there. Even if the game did have decent button prompts, using the keyboard is still ill-advised. It’s kind of like using your elbows to steer a car, it technically works, just not very well. This means that a controller is pretty much mandatory. While the tutorial is still poor when using the controller, you do get over the learning curve and you can thankfully remap the buttons. 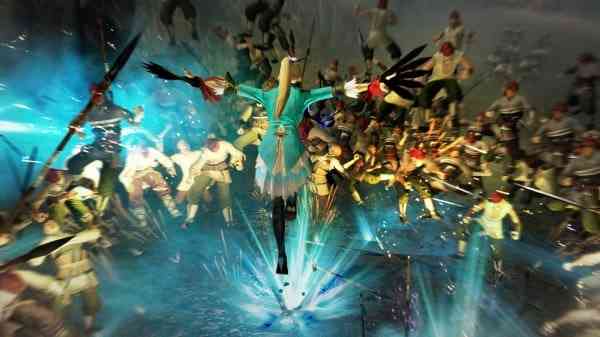 When you start the game there are four modes of play to choose from: story, ambition, challenge and free mode. The story mode allows you to switch between multiple campaigns with different playable characters and stages. I personally had no idea what was going on in the plot, but with cheesy voice acting and poorly edited cut-scenes the game doesn’t seem to care much about the story.

Free mode allows you to play any stage with any character no matter the faction, and in that department you won’t have any lack of content in Dynasty Warriors 8. There are dozens upon dozens of characters along with a list of weapons on that borders on insanity. Combined with the stages, upgrades and perk-like bonuses, there is no shortage of things to do here.

Ambition mode has a bit more of an interesting premise. You try to build a base and get the attention of the emperor. You can use any character from any faction, but to be honest the mode falls a bit flat. There are different types of missions for collecting resources, recruits, and fame, but the gameplay is basically the same just within a slightly different context. It’s a nice little extra though, as is the challenge mode but all in all, the main hook in Dynasty Warriors 8 is the classic beat ‘em up gameplay. If you want your friends to make fun of you for having a sore right arm then this is the game for you because you will be mashing buttons like mad. 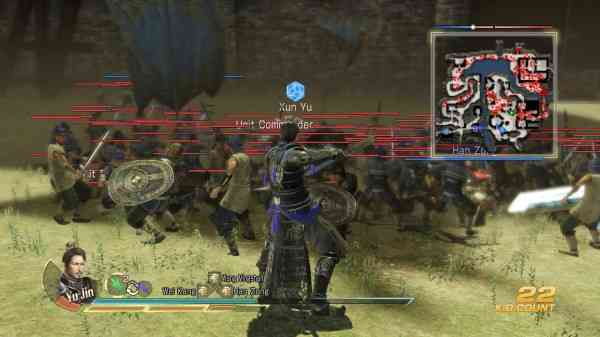 The steep learning curve really has more to do with the badly designed tutorial as the controls themselves are simple. You attack, block, change weapons, and activate rage modes and special attacks. You fight against other hero characters with a rock, paper, scissors system for increased, default (normal), or decreased attack damage.

You’re almost always fighting dozens of enemies on screen at once and very rarely do you encounter a one-on-one fight. This is the tried and true gameplay that you either love or hate. I’ve got to admit, once I muted the horrible soundtrack and started fighting people as Rob Zombie kicked in, it clicked. For those next three to four minutes not a single enemy solider would stand without being virtually slaughtered by a nineteen-year-old guy with a huge smile on his face.

For every moment like that though there are just as many that make you want to throw your controller at the screen. Some of the missions in the campaign are just flat out bad. Many of them drag on too long with boring tasks, which can be okay at times because the core gameplay can still pull its weight, but when the game asks you to kill two enemy fighters on opposite sides of the map while your idiot leader walks out into the open and gets himself killed, that is bullshit! Thankfully, you can turn down the difficulty to get through some of the more frustrating missions, but it’s still maddening when gameplay elements barely in your control force you to restart missions. 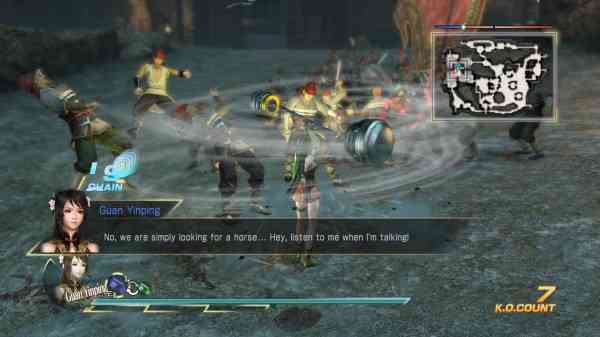 Some of a lack of polish also translates to the game’s visuals. Now, Dynasty Warriors has always had to cut back on some graphic presentation to keep all the enemies on screen at a decent framerate, but that doesn’t excuse disappearing enemies and wonky animations. Unfortunate for PC players is that – as far as I know – the game is a port of the PS3 version rather than the more recent and much better looking PS4 version. Despite this I still encountered the occasional framerate issue, mostly when I exited the pause menu or just started a stage. It seemed that after a one minute period or so the game would magically fix itself and run smoothly from there.

The rest of the presentation is all over the place with a lack of voice overs during campaign mode, music that’ll make your ears bleed, and the previously mentioned over-the-top voice acting. What are good are the flashy combat visuals and a really satisfying feeling every time you hit someone with a weapon. Some moves are more fun to pull off than others, but if you don’t find a weapon that suits you best than you should get credit for achieving the impossible.

As a first time player I enjoyed Dynasty Warriors 8: Xtreme Legends Complete Edition, but I do admit that I did find the gameplay to get repetitive after a while and the extra modes don’t make this aspect any better. For fans of the franchise you’ve probably already got this game on a different platform as Dynasty Warriors is a game people either love or hate. Bottomline, if you are a fan of the franchise and you’re stuck with no other means of playing this game, go ahead and pick up the PC version and push through the problems and enjoy yourself. 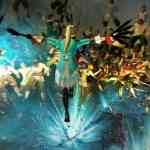 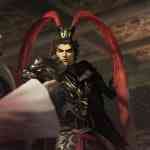 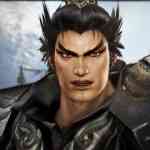 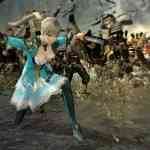 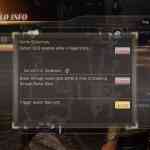 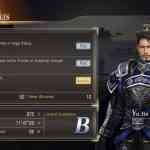 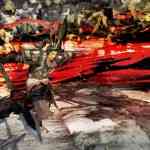 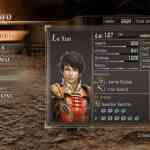 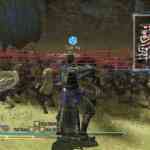 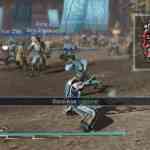 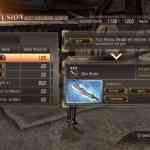 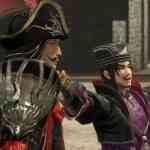 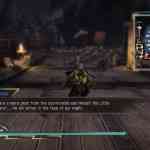 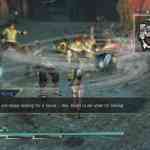 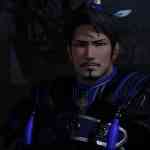 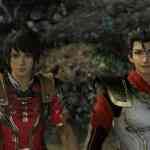 Next Tropico 5 (PC) Review – Become a Dictator and Build Stuff, It’s That Easy!
Previous The Incredible Adventures of Van Helsing II (PC) Review – Borgovia: ROUND 2, One Hell of an Adventure