The Dungeon of Naheulbeuk: The Amulet of Chaos Review – A Slapstick Romp

The Dungeon of Naheulbeuk: The Amulet of Chaos Review

The Dungeon of Naheulbeuk: The Amulet of Chaos is a mashup I would summarise as a mostly good romp through a lesser-known French franchise.

Heck, not many would know the Dungeon of Naheulbeuk is a French radio series known as Le Donjon de Naheulbeuk. I didn’t even know this (and I love being that one person with random facts at a party) but after a few moments in the story it becomes clear all the characters are established in some way to poke fun at the whole DND thing. There’s a backstory of interactions here that seems to predate the game itself. And you the player are getting up to speed.

Your group has all the bases covered. The Ranger, the Wizard, the Barbarian and, well… you get the idea. Every class and character that was a staple of RPGs for the past few decades is on display here usually with a “The” in front of their name. Like The Dwarf.

The entirety of the game is camp with a capital C. The humor is all over the place. I’m unsure if this is due to the source material or if the writers embellished a bit. Either way, it’s super hit-and-miss. Some characters will make you want to mute them entirely, and occasionally you may chuckle but other times you’ll just be confused. Sometimes characters swear, sometimes they’re mean to each other, sometimes there’s weird character quirks that are never explained. Your best bet is to just roll with it.

The gameplay is turn-based in an XCOM lite fashion instead of something like the Divinity series. There’s a turn order on the onset of each encounter, and you and the enemy AI trade moves back and forth, hopefully, to end up triumphant. The translation of what could have been a more tabletop experience to an XCOM grid works pretty well. You and your enemies have cover. Your ranged heroes like the Wizard or the (highly grating) Elf can duck into full cover and start attacking enemies at range. Your melee fighters are all about closing distance or holding choke points to prevent nasty flanking. 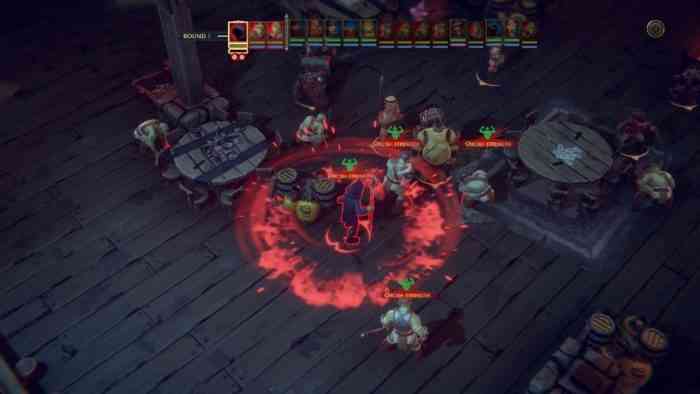 The first surprise in Dungeon is things can go south real quick. And I mean real quick. A couple of poorly rolled misses by some of your troops, and a few smart moves by the computer and well, your squad is mostly dead. In early levels, I had to restart a few times on the default setting.

Also due to the tiny level design, there’s less depth to mitigating badness from happening. It’s great that you can break boxes to flank enemies, but god damn it when an enemy sees an explosive barrel you didn’t. Prepare for death.

The game’s story moves forward with a quest to find a cursed object. In your pursuit of this object, you’ll meet all manner of characters named as tropes. You’ll escort a particular minstrel, you’ll aid a Paladin who believes in the goddess of Judd’Jud’y (no, really). You’ll try to get around bouncers and rescue companions that go missing due to their own stupidity.

You’ll find loot as you slay foes, allowing you to kit out the squad in all manner of shiny objects and weapons. You’ll find gold that you can spend at a shop (a shop you end up robbing first, but you know), and skill trees to build out how you want to play. 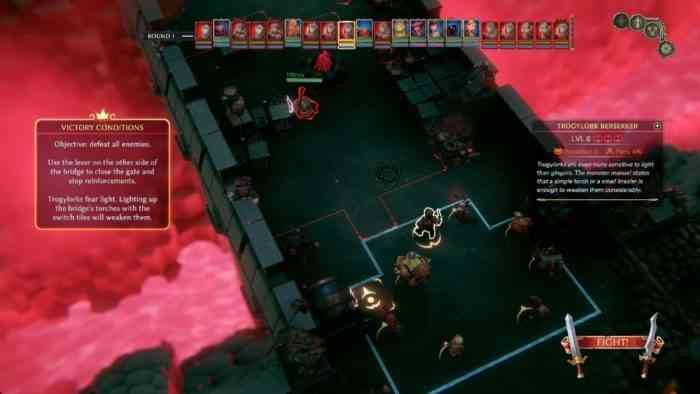 Apart from the humor and the sometimes slow combat, it all mostly works well together. The art style is delightful and it’s an absolute treat to unleash hell on a handful of brazen dwarves.

The Dungeon of Naheulbeuk is altogether an enjoyable romp that will land with you about as far as you can tolerate cringeworthy humor and a lite XCOM layer set in a Dungeons and Dragons setting. Also, do yourself a favor and mute the Elf. Permanently. The game has it as an available option; it’s like they knew how bad the humor might be. So do it and you’ll thank me later.

Persona 5 Strikers is Loaded With Heartfelt and White-Knuckle Moments