The story is quite simple. Monsters are attacking, and you are good at defending. You are so good, in fact, that the Duke of Defense has chosen you to be his successor. Travel the land protecting the people from the monsters and power-mad elemental wizards. Unlock new towers, perks and even hates as you go. Meet the villagers and animals that you save who will always be happy to provide some comic relief. Duke of Defense loves to poke fun at itself and never takes itself too seriously.

The core gameplay is standard tower defense. The enemies will approach following a track towards your castle and you will need to prevent that with well-placed defenses. Unlike traditional tower defense games, you also have a knight to control. You will use this knight to go to the trees dotted around the track to create towers using gold. Be careful, because if your knight takes damage you will lose gold. Avoid this by using a roll ability to both dodge enemies and get to your towers faster. 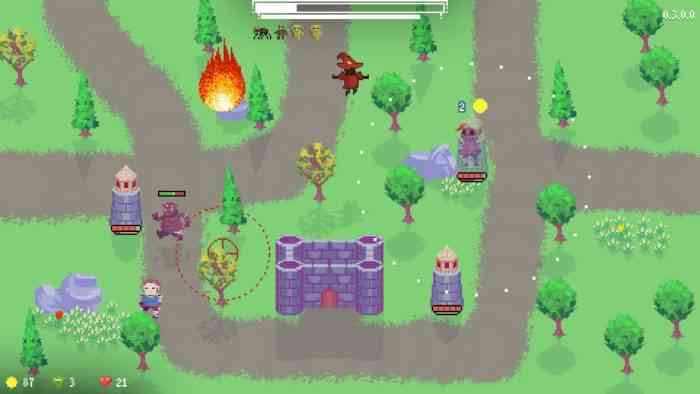 A mechanic I quite like that differentiates Duke of Defense from other conventional tower defense games is how you upgrade your towers. Rather than using resources, you must stand on the tower you want to upgrade. This creates a careful balancing act between using your knight to build towers and stall enemies at choke points or using him to upgrade your defenses. Some of the unlockable towers also require gems that are given at the start of the level. Gems can be used to either instantly level-up a tower or create a special tower. These towers are often worth the investment; the ice tower can slow enemies and is great for choke points while the fire tower causes DOT that is great for the tanky enemies.

As you complete missions, you will also earn perk tokens. These tokens can be spent on three trees that affect your towers, agility, and combat abilities. Most of the perks are generic, like damage increases for your sword, increased range for your towers, or more frequent rolls. There are some nice perks further in the tree that can allow your knight to leave a trail of fire when he rolls or even attack flying enemies. 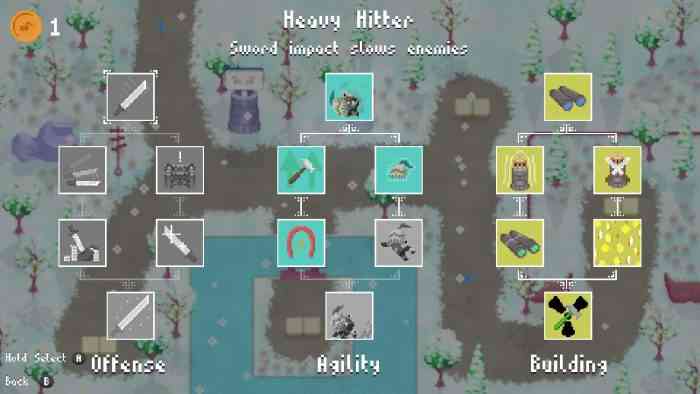 Speaking of enemies, there is a standard mix of high health tanks, low health but high-speed fodder, and flying units. Each enemy requires different tactics and there was no one-size-fits-all solution. While I found the mortar to be very effective against ground units, using it too liberally left me with too little cash for proper anti-air defenses. The bosses that you encounter are on a whole different level. Each uses a type of elemental magic and will show up as you near the end of a zone. First, they will attempt to kill you during one of the stages. Usually, this consists of randomly targeted falling projectiles. Unlike normal enemies, these will do damage to your keep’s health if you are hit. Once a zone is about to be defeated you will face off against the boss themselves. Boss fights usually rely more on keeping your knight safe from the massive AOE that these bosses dish out and finding an opening to attack the boss either with sword or tower.

If things get too difficult, Duke of Defense also offers local co-op. The co-op mode is just the story mode but with two knights, one for each player. Two players do make things a bit easier overall, but the resources stay the same and the normal rules apply. If you do not keep track of where both knights are you could lose all your gold very fast. The multiplayer is a fun addition that makes good use of the portability of the Switch to make this a good game to pull out with a friend to kill some time. 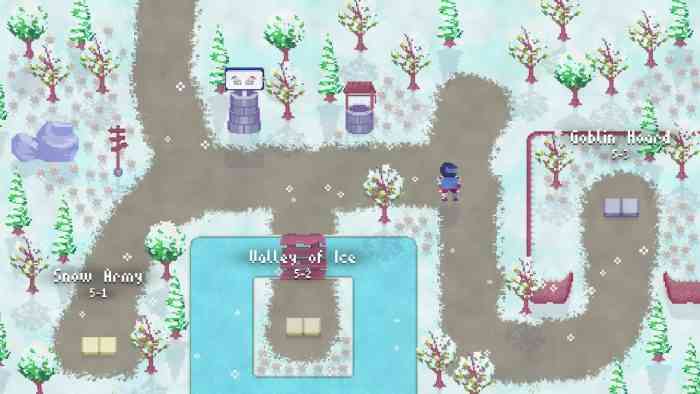 The level design for Duke of Defense was also nicely done. While the areas within each level gave the same feel none of them felt like a copy of another. Each zone came with its own style and challenges from the very freestyle starting zone to the more restrictive later areas. My one gripe with the design choice is that some of the flying enemies are just ground enemies with wings. This is fine, but when playing on the Switch in handheld mode it can be difficult to tell them apart. This can get annoying when you are trying to full-health a level only to be surprised by a few flyers. In truth, the levels aren’t too long so it’s not much of a problem to redo, but it can be annoying. Besides that, the game is a decent tower defense with a bit of fun hack and slash thrown in.