Dropsy Review – Bizarre, Creepy, Huggable Clown Down on His Luck Strikes a Chord

A few weeks ago, I had a chance to preview a game called Dropsy. It was my first article for the site. I recall not expecting much out of Dropsy, my first go in; just that I’d be entertained. A game like LSD: Dream Emulator, is what I thought I was getting into. Instead, I was introduced to a world of sweet kindness in the wake of tragedy, and the kind of soft roundness that square pixels should hardly evoke in cartoon pixels. It was a game of thinly veiled darkness, and a youthful sense of unconditional compassion. For those who grew up fearing Pennywise from It, or, really, any clown (read: clowns are scary), this is your therapy.

In my preview, I addressed a lack of challenge to the puzzles of the game. This is no longer the case. Puzzles require more thought, but weren’t so convoluted at any point of play to have me cycling through items to click on random NPCs until something worked. Objects hand context, and though represented in pixel, often bore enough detail to aid in helping you find their destination. Only at one point did I feel cheated by the design (a puzzle that merely demanded repetition of an earlier failed action to succeed). Otherwise, I merely felt challenged; and rewarded for succeeding.

And success, in Dropsy, is its own reward. The townspeople that Dropsy help along the way kick their depressed funk, crack a smile, and hug the clown they’d demonized moments before. This is cathartic, and it’s hard not to crack a smile as Dropsy meets their happiness with unequaled enthusiasm. I had not realized how much I missed Dropsy since I last put it down. This was a visit paid to a new – but well made – friend. Warm damp hugs and all.

“Each shift in tune follows the altruistic Dropsy throw heartache, charity, darkness, and confusion; and colours his world with the childish optimism he exhibits, and aversion to violence and harm that paralyzes him.”

The soundtrack packaged within is no less incredible, once exposed in its entirety. I found myself collecting musical tapes to play in cassette players throughout the game, though, aside from a couple of puzzles involving no more than a few of them, I found worth in the tapes with the music that they played. Chris Schlarb (with some additional tracks from creator, Jay Tholen) knocked this one out of the park – music and mood ties together without so much as an awkward transition. Each shift in tune follows the altruistic Dropsy throw heartache, charity, darkness, and confusion; and colours his world with the childish optimism he exhibits, and aversion to violence and harm that paralyzes him. 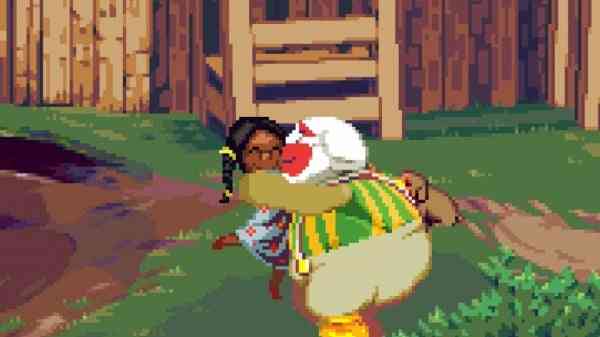 In the end, the lack of voice acting makes more sense that I would have thought possible. The twist is one, that with diligent attention to the environment, doesn’t come out of nowhere; and adds to the pay off that the end of this strange game delivers. There had been a milestone for voice acting in the kickstarter, and I find it hard to imagine an iteration of game where it was present. I find myself happy for its absence.

Dropsy is priced at $10.99 (CAD) and sits at roughly five to six hours in length. Even before any consideration of steam promotional discounts, it’d be a gross mistake to say that Dropsy isn’t worth the price of admission. For fans of the point and click adventure genre, aficionados of retro pixel artwork, or anyone looking to get lost in a kind of feel good world that warms you when it’s not frightening you, this is a steal. Come on, give the creepy clown a hug.

***A preview and review code was provided by the Publisher***

One puzzle with a jarring solution 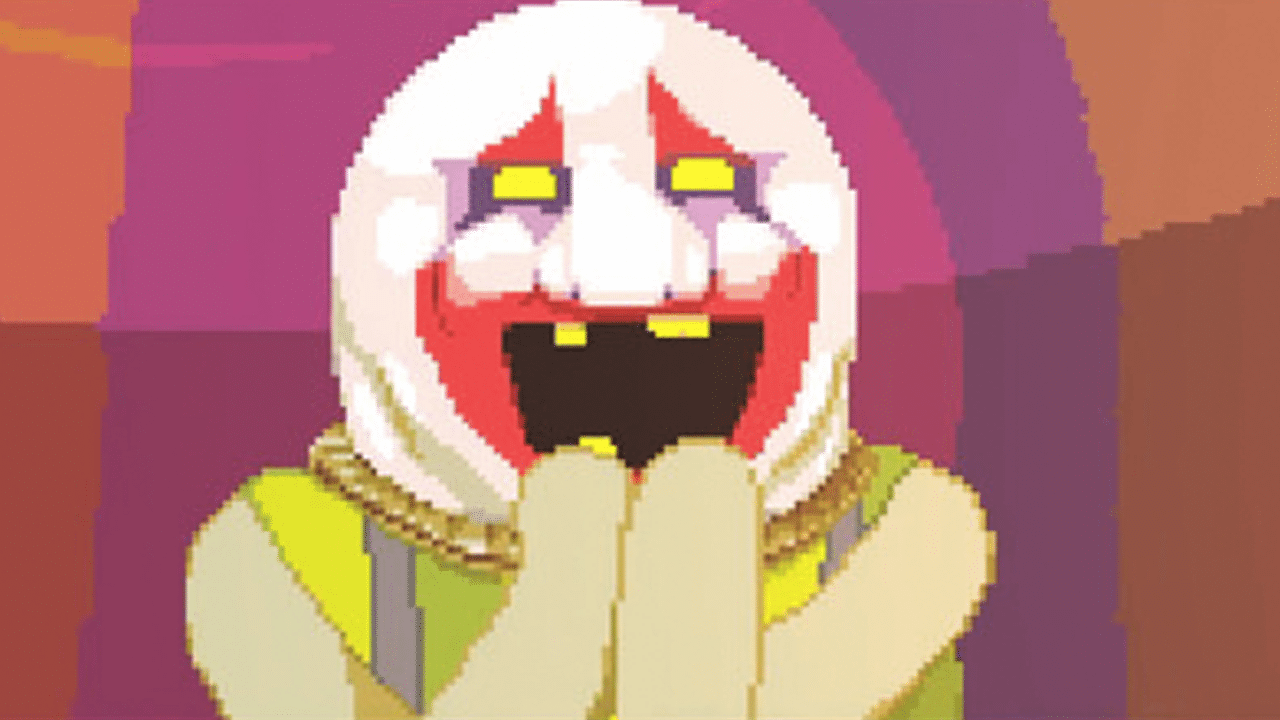