Act of Aggression Review – Is the Golden Age of RTS Back?

Real-time strategy games seemed to have fallen to the wayside amidst a slew of flashy RPGs or champion based MOBAs. Of course, StarCraft is still running strong, but no new RTS games have made any significant appearance lately. Act of Aggression by Eugen Systems, the same team behind the Wargame series as well as Act of War, aims to reclaim the glory days of real-time strategy by breathing new life into the classic genre; however, AoA captures that old spirit a little too well.

The first thing to mention is the three playable factions: the US Army, the Chimera, and the Cartel. Each has their own accompanying backstory, but more importantly each has a unique playstyle. All have the standard tiered units, but the progression through the respective tech trees is different for each faction. For instance, the US Army must increase the DEFCON level to unlock higher tiered units while Chimera progress based on what specific upgrades you want. The balance between the factions is done very well and it is refreshing to see sufficient attention given to making the factions asymmetrical yet equal.

Mechanically, AoA behaves very much like any classic RTS worth its merit, so fans of the genre will have no trouble with the concepts of base building and attacking. All of the unit commands you would expect from an RTS are available, including a something you don’t see too often: a capture feature. When fighting enemy units you have a chance to disable instead of kill. This allows you to capture the unit, providing you a lump sum of cash as well as being able to place them in your infirmary. While captured they can generate cash or can be traded for a lump sum of aluminum or rare earth metal, second and third tier resources, respectively. Alternatively, if you leave wounded PoWs in the field, they can be revived and join the fight immediately. Likewise, all of this can happen to your units as well so it’s typically a good idea to medi-vac your wounded units as quickly as possible.

“Act of Aggression aims to reclaim the glory days of real-time strategy by breathing new life into the classic genre; however, AoA captures that old spirit a little too well.”

As far as the campaign, you have two options: play as the Chimera or as the Cartel. You unlock missions for from the Cartel’s perspective when you beat missions from Chimera campaign. This helps round out the narrative of the campaign and adds more story elements than you can get from just playing the Chimera campaign. Both campaigns play out like you would expect a classic RTS campaign to play out. It’s a series of missions where you have limited access to your tech tree and what units and resources you can find. While a nice nostalgia throwback, I would really liked to have seen a different approach to the campaign. I want to feel in control of the Chimera forces, not a slave to the decisions of some disembodied voices. Just because many RTS’s have done this before doesn’t mean new games should do it too. The actual missions were fun and at times fairly challenging, basically skirmishes with a narrative; however, I still wanted something different from the tired formula.

Single-player skirmishes are basically what you would expect as well, except if it’s your first time (or you haven’t played an RTS in a while) you might want to play on the easiest difficulty. I found the AI to be very rushy and quite competent. In fact, I feel that the skirmish matches gelt all around rushed. This comes from the fact that progressing through your tech tree takes almost no time at all. There’s so much that can be done concurrently that all of your progress for building seems to fly by and you enter the late game very quickly. I had almost no battles that took place with any basic units. 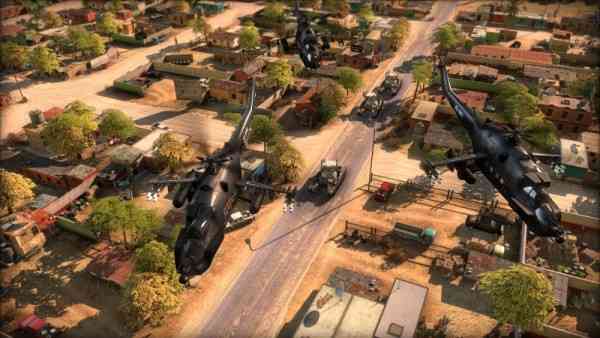 One thing that was nice to see was that resource nodes were randomly generated on maps. They started out hidden and needed to be scouted if I wanted to use any of them. I found that your initial starting positions in most maps have oil and aluminum but the rare earth metals are a bit trickier to find. They usually generate in the middle of the map, but that does vary to some degree. The randomly generated nodes is an interesting feature and does spice things up a little, but not really enough to shake up the skirmish experience for me.

I wanted to point out things that this game tries to do differently than most classic RTS games because honestly everything else felt very… classic. That isn’t to say the game was bad or should be overlooked, just that if you were hoping for a reinvented RTS you might want to keep looking. If you crave an old school RTS with updated graphics and unique factions to play, then this might be what you are looking for. The game is solid and has a great amount of polish; it just lacks anything innovative enough to keep players enticed for too long. 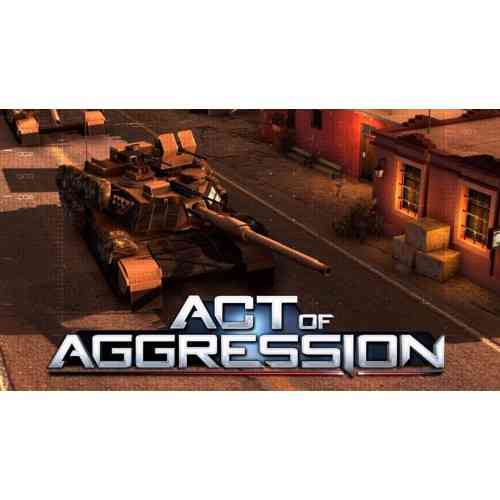