Dragon Quest is a franchise built on simplicity. You can draw a straight line from DQ1 all the way to 11. The monsters, the music, and the general vibe have all persisted in some form since the 80s. Which I love! It’s a testament to their quality that each new game is so much fun. And yet, I found Dragon Quest Treasures just a little too simple for my tastes. At least, it lacked that essential hook the mainline games are known for.

You play a pair of siblings on a treasure hunt. The goal is to become the biggest, richest gang in Draconia. You get little scraps of narrative as the game goes on, but that’s the meat of it. Which again, is totally fine. In fact, I love most of Treasures at first glance. The concept, the combat, and the presentation are all top-notch. My grievances are with the actual execution. It turns out that running around looking for treasure is downright exhausting.

A Game of Hot and Cold

You see, in between the battles and the light-hearted story, you have to actually track down each individual piece of treasure. It’s a game of hot and cold, more or less. At first it’s great. You’re digging up loot, the money is piling in, and everything is amazing. But you get the hang of it very fast. And it never really gets any harder. The enemies get tougher, and the environments change. But that’s more or less it. The actual treasure hunting quickly turns into a chore, a sort of grocery list that never ends. Which would be fine, except there’s not a lot of game in between the treasure hunts. 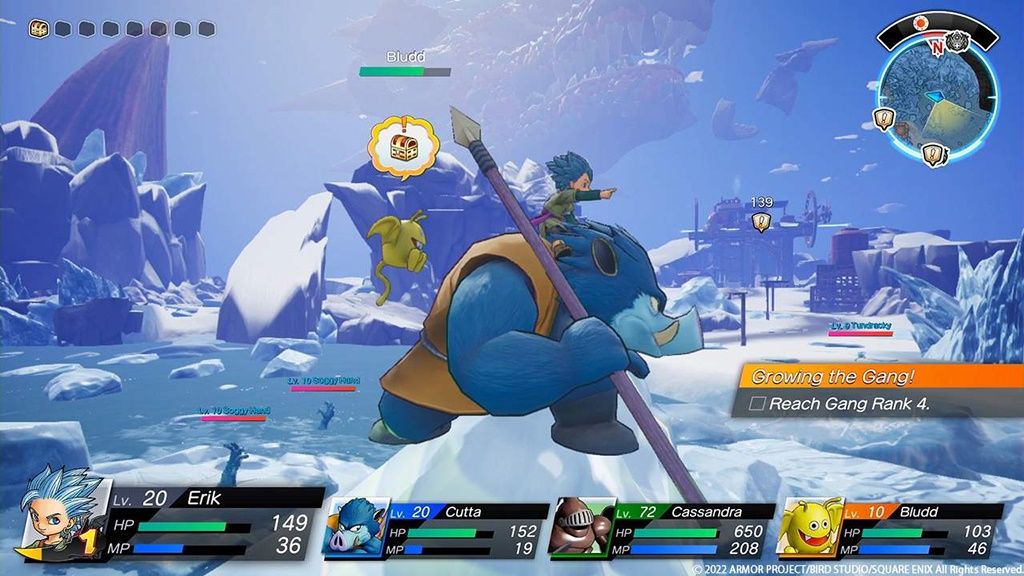 Quests in Dragon Quest Treasures are essentially just more treasure hunts. They’re just connected to the larger narrative. You have to find the seven Dragonstones, for example. Or you need the supplies to expand the fast-travel system. Or you’re getting what you need to entice more shopkeepers to migrate to your home base. It all boils down to fetch quests that advance the plot. And in order to complete these quests, you’ve got to traverse the map. Which quickly turns into a murderous slog.

Whole Lot of Walking Going On

Other than hitching a ride on a monster’s back, you’re getting through Draconia on foot. There’s a couple of fast-travel points on every island, but otherwise you’re getting there the long way, so to speak. From a design perspective, it makes a lot of sense. The game is focused on battles and treasure hunts, so you want to maximize the player’s exposure to both those things. But this falls apart if the core gameplay loop gets boring. Which again, it absolutely does. You’re mileage may vary. I hoped to keep things fresh with so many monster party members, but this simply wasn’t enough. 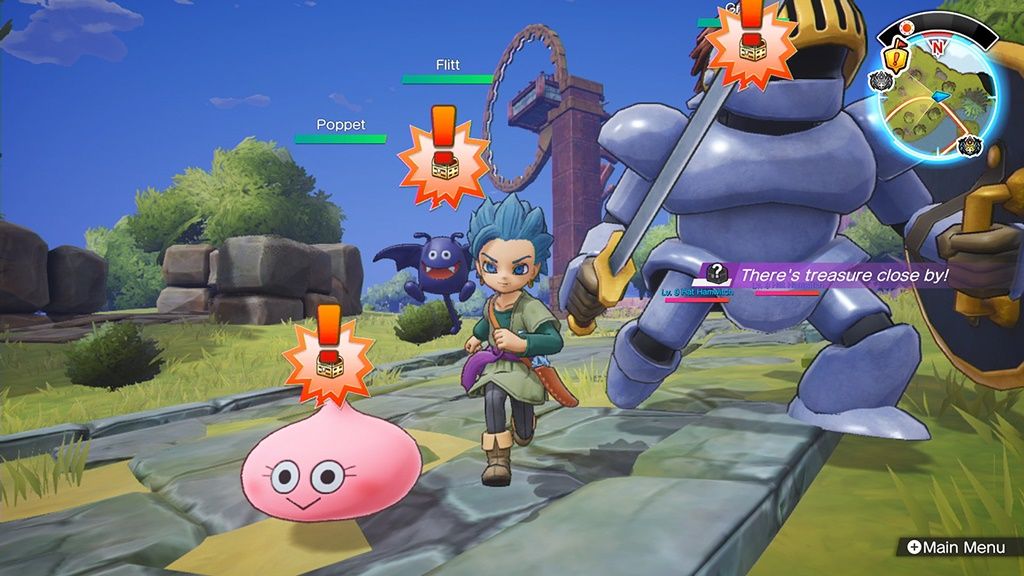 There is, strictly speaking, another major aspect to Dragon Quest Treasures. You’re also building a massive gang of monster companions. They have a wide variety of skills, both on and off the battlefield. You can use your monster pals to traverse the landscape and find the titular treasures. They mostly control themselves, though you can order them to advance, retreat, or perform special moves. I liked building a team based on their individual strengths, though there isn’t as much variety as I would like. Most of the slimes are interchangeable, for example.

I love the clean, cartoonish visuals. Every character feels like a piece of key art come to life. The animation is simple, but effective. The environments are even simpler, but it’s in service to the character models. It all comes together quite nicely. On the other hand, I lost my taste for the music in record time. All the tracks lean on this high-pitched synth orchestration that’s been savagely compressed. In particular, the stinger that accompanies the act of digging up treasure is insufferable. I muted the music shortly after hearing that sound for the second or third time.

Part of what kept me from getting hooked was a lack of appetizing goals. Treasure is in the name, in every quest, and it’s central to the gameplay loop. But none of it is interesting. You get all these amazing swords, shields, statues, and relics. But you can’t do anything with them. They just hang out in your vault, adding to your total wealth. Even the act of revealing what each piece is becomes exhausting in short order. The two characters, besides being interchangeable, don’t have any progression to work through. No skill trees, no spells, nothing like that. The monsters have more skills, but you don’t control them. So they don’t feel like they matter as much. You’re just working towards a bigger bank account and an end to the plot.

Treasures has a lot of good building blocks, but they don’t add up to much. The gameplay loop starts out compelling, but it quickly goes stale. The visual presentation is alright, but the music is terribly flat. And the act of traversal, of actually exploring, left me unsatisfied. Worse, I never felt like I was working towards anything particularly interesting. Money eventually ends up meaningless in most RPGs, and this game does not buck that trend. If you find yourself hopelessly compelled by the prospect of hunting for loot, this might be your game. Otherwise, I can’t really recommend Dragon Quest Treasures. 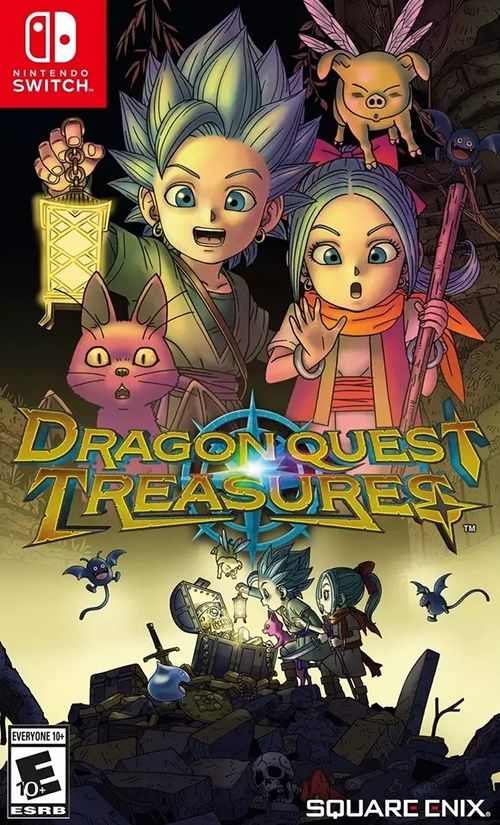