Dragon Ball Z: Battle of Z is the newest game to feature the iconic Dragon Ball cast on a console and it coincides with the new Dragon Ball movie, Battle of the Gods, and the news that a new TV show is being developed. As a Dragon Ball fan, this made me very excited! Having played the other games (at least some of the Budokai series), I was looking forward to a slick, new upgraded game that still let me hit someone with a fully charged Kamehameha. Unfortunately, once I began to play Battle of Z, I quickly realized its power level did not exceed 9,000.

Battle of Z has a single player main story line that is (you guessed it) the story line of Dragon Ball Z. It is so close, in fact, that it is also almost the exact same story line of every other Dragon Ball game I’ve ever played. There are some game play tweaks made to keep it from being identical (you can bring people along when you fight Freiza, for instance) but it’s close enough that it went from cool to extremely boring in under an hour. Of course, anyone playing this game is expected to be familiar with the show, so the story line is trimmed down enough that it doesn’t make sense to anyone who is not familiar it. Basically, the single player quest mode does double duty as being esoteric enough to alienate outsiders while being repetitive enough to bore fans. 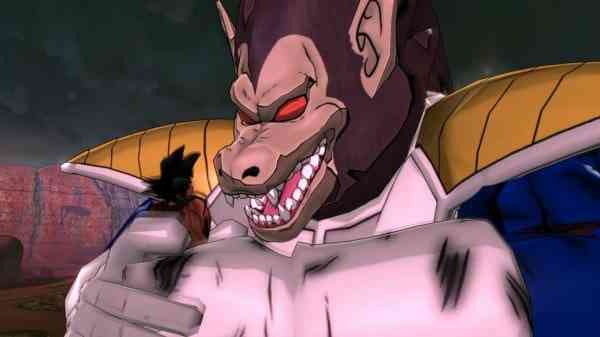 Of course, then there’s the actual game play. Honestly, it’s pretty fun despite all its flaws (which I’ll get to in a second). The levels are fairly big and it’s a giant free for all with you and your three companions fighting your foes which sends bodies and energy blasts all over the screen. This adds up to the frenetic lunacy that you’re used to from DBZ, but that’s about where the fun stops. When you bring your companions along, different characters have different abilities (support, Ki blast, fighting or interference) in order to give you a balanced attack against your enemy. This sounds great, except that they don’t really tell you who can do what which is, at best, very confusing. It took me several missions to discover where this information was and by that time, I was already really annoyed by having useless allies hinder instead of helping me.

As for the controls, you get the opening four missions to master the attacks and how to control your team. Every character has different special attacks (used on the R2 and L2 buttons) and their Ki blasts are all unique, but the button controls are not. Once you’ve mastered the five or six combo options, that’s all there is to it. You don’t learn any new moves, there are no upgrades so by about mission 12 the repetition has become rather redundant. As for the ability to control your team (using the D pad), it may as well not have been there. The AI doesn’t listen to any of the commands you give it and just continues doing its own thing, so it seemed useless to me.

The AI for the game is little to no help and is more often than not, a detriment to you. The best example of this came when I fought Android #16 and #17.  You have a limited number of times your team can be KO’d in a battle so you have to keep an eye on your team in every battle. As I slugged it out with #16 (the stronger foe always targets you) I had to keep going and reviving my allies just to keep in the fight. Eventually, when I had defeated #16 and turned my eyes on #17, I saw he was practically at full health since my three allies had spent most of the time catching a beating instead of helping. That pretty much sums up the AI; it’s lazy, dumb and not helpful. The only aspect of it that was any good was the support characters but they would only support you half the time, even if you ordered them to help you out. When setting up a game that requires you to bring three allies along (you don’t have a choice, annoyingly), it would seem prudent to make an AI that isn’t the equivalent of having a toddler button mashing. 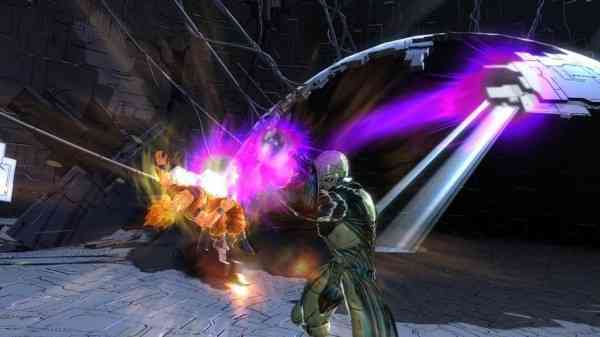 On the flip side, the enemy AI is much smarter. Like I said, the stronger one always targets you, so you’re forced to engage them and they also make great use of their specials and power ups… much better than your team will, so prepare for a lot of anger and frustration. I had to set my controller down on several occasions as my team left me KO’d and Cell or Buu launched an all out assault that eviscerated the rest of my squad before I could get back into the game, forcing you to restart the five battle mission time and time again. If they had made your allies AI even half as smart as your enemies, this game would be much better.

In the end, the single player is both a lot of fun but excruciatingly frustrating. While the copy and paste story line is boring, being able to play as the villains (Freiza fighting Goku, for example) was pretty fun, but not enough to offset the boredom of the main quest. The run time of the game is only about 8 hours though, so that is either really long or really short, depending on your level of patience with repeating the same combos again and again.

There are two other game modes in Battle of Z; there’s a story co-op mode and a battle mode. Now, here’s where I said, ‘at least I can play with my friends since they’re bound to be smarter than the AI’. I also hoped that battle mode would at least bring me a few hours of happiness as I slapped my friends’ silly with a Super Sayian Vegeta and laughed at how pitiful they were. Alas, this was not to be as Battle of Z opts to not allow you to play either of these modes offline! Because the best thing to do when making a fighting game is eliminate as many ways to fight as possible. 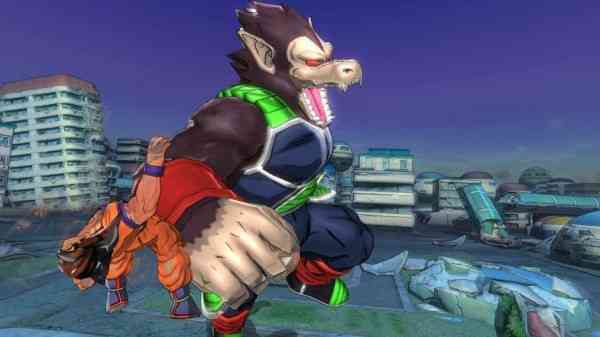 So, in defeat, I decided I was going to just have to do that to strangers and went into their online modes… only to find it borderline impossible to find a match. Sure, when you do battle mode, you can find a room quite easily, but I could only seem to find rooms that were already engaged in a match and then most of the other players would vacate the room, leaving me to wait or find another. The few matches I did have were pretty awesome (the trash talk alone was great) but the amount of time I spent looking for a match was far too long to be worth it. As for the co-op story mode online, you pretty much couldn’t do it. I set up a room and got two other players immediately and then we waited for around 10 minutes and then they left. This happened several times and considering the longest levels are roughly 10 minutes of play time, this was absurd.

Now, I’ve mentioned the Budokai series once or twice and I’m going to do it again as I talk about the graphics. Considering there’s been more than a decade since the first DBZ game came out, you’d think the graphics would have made leaps and bounds but it turns out you’d be wrong. Battle of Z still utilizes the same cell style graphics that Budokai used all those years ago, and while it does look smoother and the levels are far bigger, there’s not much difference otherwise. As for the music, I barely noticed it was a thing, to be honest. There’s the super anime opening song, but the music that plays during the menus is barely existent, mainly because the menu SFX are the loudest thing in the universe. I often turned the volume way down because the only thing to really hear is repeated lines of dialogue from the show and the battle cries of the DBZ warriors, which doesn’t need a lot of volume. However, the menu sounds are so much louder than anything else in the game, it’s almost comical. The worst part of that being that the menu system is really poorly laid out so to do anything requires a substantial amount of clicking and thus a deafening amount of annoying menu sounds whose volume seems unaffected by your attempts to quiet them.

Dragon Ball Z: Battle of Z is going to be divisive. Hardcore DBZ fans are going to love it regardless while casual fans and gamers are going to give it a big pass. Personally, while I did have some fun, the lack of offline play, the long wait times for online play, the dated graphics and repetitive game play have put me squarely in the latter. If you just want to have a good old fashioned Super Sayian throw down, pick this one up. If that sentence doesn’t immediately excite you or you don’t know what that means, I’d recommend you pick up something else.