There is no question it feels like a bit of a down year for the Call of Duty franchise.  Review scores for Ghosts have significantly dropped off when compared to last year’s Black Ops 2 game.  Ghosts was unable to break previous sales records and many feel the franchise needs a swift kick in the arse.  Don’t get me wrong, by all accounts it has been a successful year as they still remain one of the highest selling games this quarter; however, I get the sense many are getting bored with the series as a whole and are looking to move on.  Yet just when we are ready to turn the page and set our sights on Titanfall, which is slated to be released next month, Ghosts pumps out its first batch of DLC and this one feels a little different than the other map packs we have become accustomed to.

So what do you get with this DLC pack?  You get four new maps, a new dual purpose weapon and a new Extinction level.  It all sounds like pretty standard CoD DLC on the surface.  Yet when you throw in iconic horror character Michael Myers, the theme song to the Halloween movies and the first of a four-part storyline for Extinction, Onslaught is a little more than your run-of-the-mill CoD DLC.  It’s surprisingly entertaining and quite easily a stand out when compared to all the other CoD map packs I have played over the years.  It’s still a bit pricy at $15 bucks (you do save money if you buy the seasons pass) but I am giving Infinity Ward plenty of kudos here for not mailing-in the first installment of four DLC drops we should see for Ghosts. 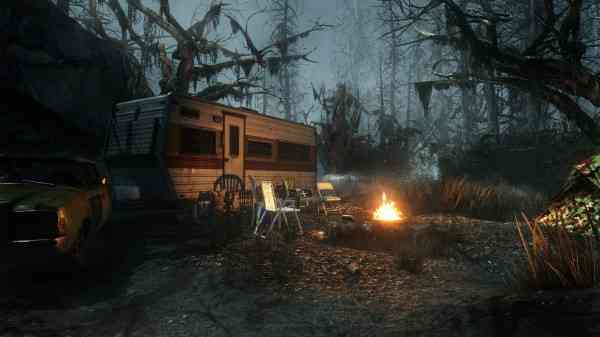 The best of the new maps is “Fog”.  This map is a medium sized map that has a terrific horror movie theme to it.  Set alongside the banks of a murky lake, Fog is a nicely balanced map that leaves the hairs on the back of your neck standing especially when that Halloween theme music rolls in, but more on that later.  It is a dark map filled with a swamp area, rickety wood cabins, an RV, broken bridge and a vulnerable camping spot that screams: “you’re gonna get murdered if you camp here!”  This map is rich in detail with corpses located in the basement of one of the cabins and creepy dead animals hanging on the walls.  The detail in the map is not the only thing that makes Fog the standout but rather it is the ability to pick up a Field Order and become Michael Myers from the Halloween movies.  Yes, if you are able to pull off the Field Order, there is a good chance that the music in the game changes to the iconic Halloween theme music while your player turns into Michael Myers goes on a murderous killing rampage.  It only seems to occur once per game but when it does I found myself getting completely distracted and preoccupied with Myers whereabouts.  I haven’t seen anything like this in a piece of CoD DLC yet and for me it was a welcome addition, and blast! 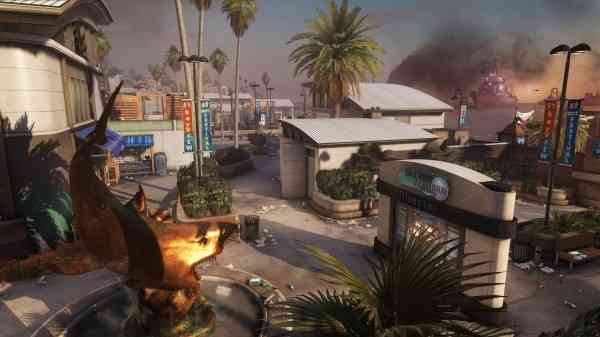 My next favorite map of the bunch was “Bayview”.   This map has a Coney Island boardwalk feel to it.  It is set on a seaside town and has a moving trolley you can jump into and ride while you pick-off opponents.   I only lasted a mater of seconds on this trolley as I just didn’t have the skills to hold down the multiple players looking to pump lead into me.  The draw distance in particular is impressive as you can see ships in the harbour that appear miles away.  This is a colourful and fast paced map.  Hands down Bayview is easily one of the more enjoyable Ghost maps.  The crab shack and aquarium is a nice touch as well. 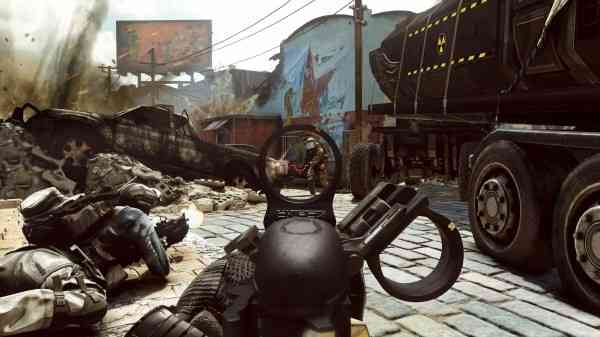 Next up is “Containment” which is the most forgettable of the new maps.  This map drops you into a war-torn Mexican village where the bulk of the fire fights take place on a bridge holding a hi-jacked truck leaking radioactive material.  This map just has too much of a ‘been there and done that’ feeling to it.  This one surely won’t get a lot of votes in the pre-game lobbies and it certainly didn’t in the ones I was in. 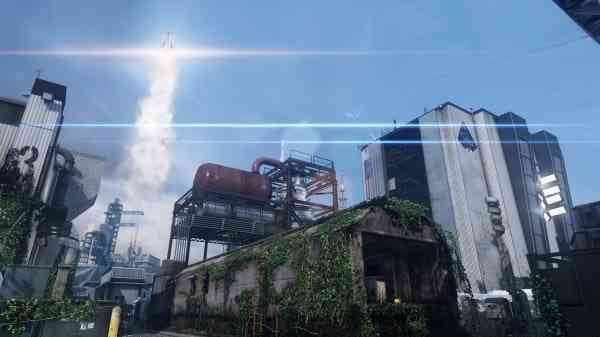 The last and final map of the new ones is “Ignition” which is a reimagined version of “Scrapyard” from Call of Duty: Modern Warfare 2.  The development team did a nice job with this map as the new splashes of colour and detail add quite a bit more character to the map.  The map takes place in a deserted space facility and favors those who love their long ranged weapons.  Yes, I am looking at you all you sniper whores out there. It is certainly not my favorite map but I certainly appreciate what the team was able to do when they wiped the dust of this old MW2 map.

Treyarch hit one out of the park with their zombies mode as it has become a staple of the Treyarch CoD games.  Infinity Ward has never been able to deliver the same kind of zombie-like experience with their co-op side of the multiplayer house.  “Extinction” is their attempt at such a mode and Onslaught introduces the first installment in Extinction’s new four-part episodic narrative with “Episode 1: Nightfall.”  In all honesty I haven’t spent much time with Extinction mode as frankly once you beat it, I found little reason to return.  This time however the story adds some flare to the glorified horde mode that is Extinction.  It really isn’t much of a story and gives you little reason to return but at least it’s gives you new characters, new weapons and a couple of new enemies.  Not to mention the same progression system returns and the gameplay is just as, if not more, challenging than the other Extinction levels.  Playing on your own, you won’t last long but with friends this mode is a hoot. 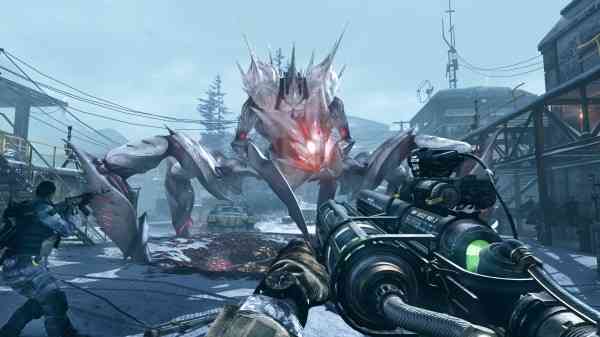 Last but not least, Onslaught includes a new weapon called the “Maverick”.  This gun is primarily a sniper rifle but also has the ability to be used as an assault rifle.  In all honesty I never found myself spending much time with the gun as my gameplay doesn’t ever involve sniper rifles.  The Maverick’s assault rifle didn’t pack enough of a punch for me to use it more than one or two games.

The Call of Duty downloadable content season is off to yet another nice start for the franchise in 2014.  “Onslaught’s” offerings seem a little more robust when compared to previous DLC installments from not only Infinity Ward but Treyarch as well.  It can be argued the new Fog map alone is almost worth the price of admission.  Being able to run amok as Michael Myers from the Halloween movies is unquestionably satisfying.  Onslaught is by no means the definitive must own CoD DLC but it’s solid and gives Ghosts some more legs.  So really what more could you ask for? 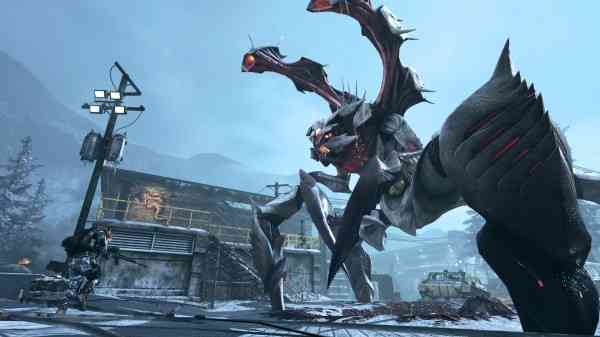