Dragon Ball: XenoVerse Review – Its Power Level Is Over 9,000!

Early last year I sat down with Dragon Ball Z: Battle of Z as a big DBZ fan who was just beginning to write for this site. What I got was a rehashed, lacklustre product that felt more like a hazing to joining the team (it was) than a pleasant experience in gaming. Now, another entry comes into the longstanding, and seemingly ever expanding, Dragon Ball franchise in the form of Dragon Ball XenoVerse. While the game is far from perfect, this game ends up being exactly the game you want as a Dragon Ball fan and one that even the uninitiated would have fun playing.

The big draw of this game is also its main plot point. Instead of following the usual canon, one of my biggest issues with Battle of Z, XenoVerse allows you to create your own character! An unknown villain has been going through history and changing the events of the greatest battles throughout time. Trunks, a member of the Time Patrol, wishes Shenron to send him a strong warrior to help control this history changing mess. This warrior is, of course, you and you are tasked with going back in time and fighting through the majority of DBZ‘s greatest battles as your own self created character to preserve the timeline. Yes, I’m aware that in essence this is a cheat and I am still playing through the usual DBZ canon, but the time travel element breathes new life into the story. Being your own character and fighting alongside Goku, Vegeta, Gohan and the rest of the warriors is, quite frankly, awesome. 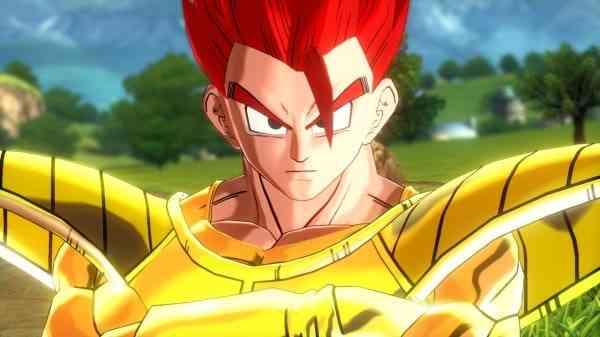 “While the game is far from perfect, this game ends up being exactly the game you want as a Dragon Ball fan…”

The gameplay itself is really just a polished version of the previous DBZ games. The textures are smoother, the maps are bigger and more destructive and the flying and attacking aren’t nauseating or overtly tedious as in previous entries. The skill list is substantially longer, making your abilities in battle different than the other Z warriors and allowing you to tailor your skills to each battle if you so choose. The battles you fight in are incredibly fast paced and frenetic, exactly what you would expect and hope for from a Dragon Ball game. Each battle can have up to six people at once which usually results in a blistering pace of blows, energy blasts and crumbling environments. Being able to play as your own character or choosing from any number of people, villains or heroes, that you unlock and being able to augment your skill set before each battle adds to the level of enjoyment and replayability of the game.

There are a variety of modes to play in XenoVerse and this is another bold move that works in the games favour. As a member of the Time Patrol, you are centrally located in TokiToki City where you can find item shops, skill shops, accessories etc. to help equip you for upcoming fights. You will also find several familiar Z warriors about the city as you make your way through the campaign that will take you on as a student. You can learn moves, get bonus items and carry out sidequests for them as you advance to being a master under their tutelage. 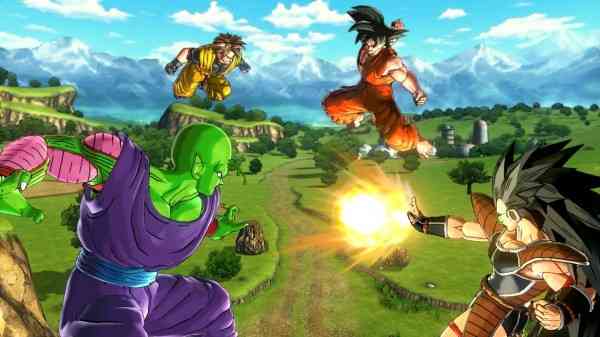 “The battles you fight in are incredibly fast paced and frenetic, exactly what you would expect and hope for from a Dragon Ball game.”

Additionally, there is a VS mode where you can earn money and a mode called ‘Parallel Quests’ which you unlock as you complete the campaign. In this mode, you have to fully repair any time fractures and that means again fighting in the parts of the campaign you just finished but with varying parameters to fulfill in order to win. Some of these means fighting against the Z warriors and alongside hated villains, which is almost unsurprisingly fun. There are also online modes for both these versions as well as places for gift giving between players, tournaments and a TokiToki City lobby to mill around with other players, but my time there was unfortunately limited which I will get to soon.

While I have lots to compliment XenoVerse for getting right, it wasn’t all amazing. The graphics, while a drastic step up from the last DBZ game, are still woefully behind this generation’s capabilities. The controls, while very easy to use, ended up with me pointed away from the my opponent quite often while we were in the air… which was always. The button schematics, while offering you a huge amount of choice when it came to moves, would begin to feel repetitive in especially long fight sequences. I also had a lot of difficulty connecting to the XenoVerse servers and even when I did, I was often booted out before the match could even begin, limiting my ability to fully experience the number of options they have setup for online play. 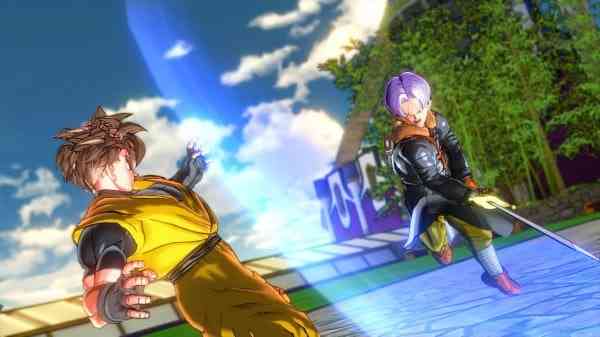 “The biggest drawback I found to the game was how quickly it became a grind.”

However, the biggest drawback I found to the game was how quickly it became a grind. At any point you can return to homebase, level yourself up, grab items, do sidequests etc. or you could continue on through the campaign and progress the story, giving yourself more to do when you did go back to TokiToki. Unfortunately, you don’t get the option to progress very far in the campaign uninterrupted before you’re forced out. Every couple of missions, the difficulty curve skyrockets and you are forced to go do the ‘parallel quests’ and master quests to gain, more often than not, several levels before you can venture back into the story. Given that you learn a large portion of new skills from the story mode, this does make the game a grinder and keeps you from moving quickly through the mostly familiar story.

Overall though, DragonBall XenoVerse is a great game for DragonBall fans. The new take on canon gives the story a new feel while the city, sidequests and Z warrior masters give you a lot to do when you aren’t running rampant through time. The fights are fun and frenetic if not suffering from a little bit of vertigo and some control repetition. The unlockables are wide and varied, ranging from dozens of outfits to hundreds of skills and all of the familiar characters you’ve come to love. While the servers do seem to be having some difficulties, they have many online options that will add plenty of play time whenever they get smoothly running. The biggest deterrent against picking the game up is how much of a grind levelling up can seem and it begins quickly. Though, I found the fun I gained from the game to offset this particular drawback. What it comes down to is if you’re not a fan of DragonBall, this score will seem too high. If, like myself, you are a fan, this score will seem too low. It’s a game with flaws but it plays very well to its intended audience which, in my books, is a job well done.

*** Reviewed on PS4, code supplied by the publisher***