Figuratively or literally, a blank canvas is the source of all creation. City builders are the gaming world’s blank canvas – here’s some land, build your dream. A seaside resort, a towering metropolis, an industrial powerhouse, a flexible simulation allows for creation of all these, and countless more. Cities XXL is the newest entry into the genre – or is it? Cities XL was released in 2009 to middling reviews and poor sales. Since then, Cities XL 2011, XL 2012, and XL Platinum have hit the scene, each iterating insignificantly on the previous. For all intents and purposes, Cities XXL is the same game as XL.

“Of course it is,” one might say. “What else are you going to do in a city builder besides build cities?” Fair point. Building cities is obviously at the core of the matter, but XXL is not a similar game to XL – it’s the same game with a little bit of freshening. The UI has changed colour, there a few new environments, and steam workshop support – things you’d generally expect in a patch or as DLC, not a new, full price product. Of course, plenty of games iterate on themselves, but I’ve rarely seen such a feeble attempt to justify a new product. One only needs to look at the Steam user reviews or a comparison video to see that people are NOT happy with this release. 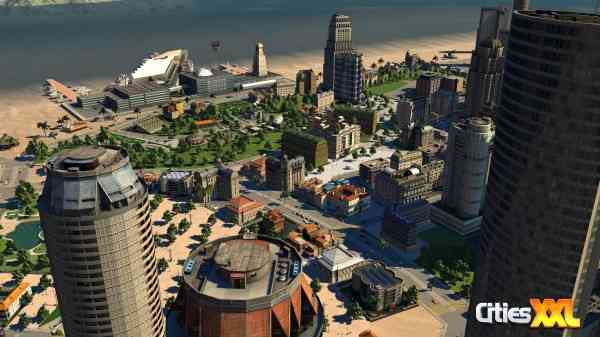 But how does it play? There are 60 or so prebuilt maps to choose from, but there are no options to manually landscape at all – which limits what can be done in the pre-produced spaces. The game provides hints about what your next action ought to be, and you can keep track of city happenings, but the interface is fair from friendly, with such data buried a few layers deep. Building zones is my favourite part of XXL. Square zones can be customized – how big should the roads be? What grid size should the blocks be? – while a free zone option allows building of areas that are of atypical shape, while the game inserts plots and roads at generally logical points. Zones can also be built plot by plot for those with an absurd level of patience. This allows for much more unique city design than seen in other games, and enhanced creative freedom. Roads benefit most from this flexibility, with the ability to build freeform curved roads. YES! This part of the experience is the most fun.

Building up the rest of the city is straightforward, as citizens begin demanding services at various population levels, and you add the necessary features. Trade also becomes more important as your city grows, as you must import the resources you aren’t producing, and export your surpluses. The trading interface is clunky at best, and getting a handle on what a trading token is can be frustrating.

As I mentioned, flexible city design is a big part of the game, and XXL allows the choice of several road and building styles for aesthetics sake. The game looks great for the most part, and the models hold up pretty well as you zoom in to street level. The mood of the game can be tweaked as well by adjusting the sky box or the observed time of day, which can result in dramatic vistas. 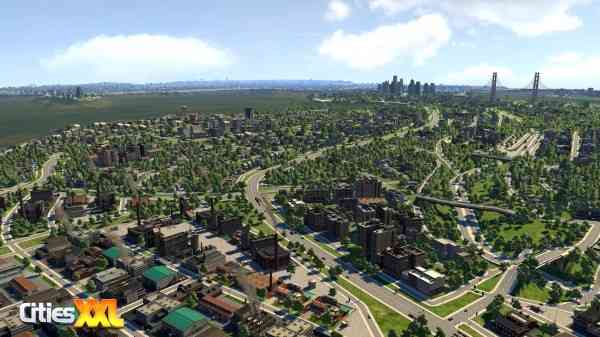 Unfortunately, performance of the game is atrocious. I played on a robust machine – i7, 16GB of RAM, R9 290x, and an SSD – and frequently experienced single digit framerates while drawing roads or placing zones, and 10-20 second freezes after confirming where to place zones. Pretty disappointing for a game that isn’t pushing any envelopes visually, and also claims to have an improved engine with multicore support.

Cities XXL is a reasonably good city building game in a vacuum. It offers a decent creative experience, with flexible building options, while looking quite nice. Unfortunately, it performs extremely poorly. Then there’s the elephant in the room – the other Cities games. They look the same, they perform the same, and save minor changes they ARE the same. Cities XXL even appears in the taskbar as Cities XL. For that reason, I cannot recommend Cities XXL. Instead, consider picking up a previous entry in the series for far less money to feed your creative self with some city building goodness. 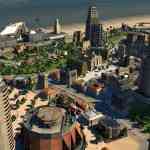 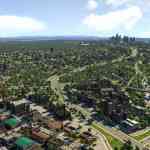 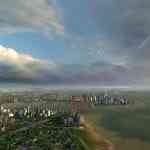 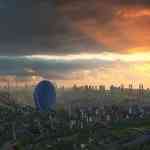 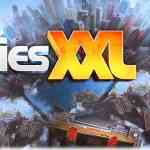 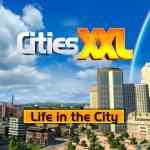