When I reviewed Digimon Survive, I started out thinking it would be a playable Digimon anime. I was absolutely correct. But it’s a Digimon anime that ventures pretty deep into the horror genre. Some scenes look like something straight out of Silent Hill. The game opens with a grayscale prologue that feels downright nightmarish. As someone who watched Digimon Adventure as a kid, this whole sequence was a hell of a wake-up call.

Digimon is generally considered one of the more mature monster collecting franchises. But usually, that means treating kids’ emotions and interpersonal conflicts with respect. Even Digimon Tamers, often considered the darkest entry in the series, still hesitated before bringing child death into the picture. Digimon Survive very much does not. I don’t know what I was expecting from Digimon Survive, but it wasn’t that. Not that I’m complaining. I loved every minute of it.

Early marketing promised that Digimon Survive would be the darkest Digimon story yet. And frankly, this game absolutely hit that dark and mature storytelling out of the park. However, it definitely made some sacrifices in the process, and that does show in the gameplay. In short, Digimon Survive is an acquired taste. Here’s why you should acquire it.

The game focuses on a group of students spending school break camping out at another school in the mountains. When the group heads out to visit a historic landmark under the guidance of their teachers, the road is blocked by a landslide. There, they hear about the Kemonogami, or Beast Gods, that are supposedly behind the disasters.

With their trip cancelled, the group goes off on their own to visit a hidden shrine to the Beast Gods. They, one high school supervisor, and two local kids proceed to stumble into an ominous liminal space. It doesn’t take long before the monsters attack. On the upside, some friendly creatures decide to protect the kids. On the downside, they’re stranded in a dangerous new world with no way home. As you probably guessed, the Kemonogami are Digimon. Specifically, they’re Digimon with all the brakes taken off, and most of them are totally willing to kill the kids to get what they want. 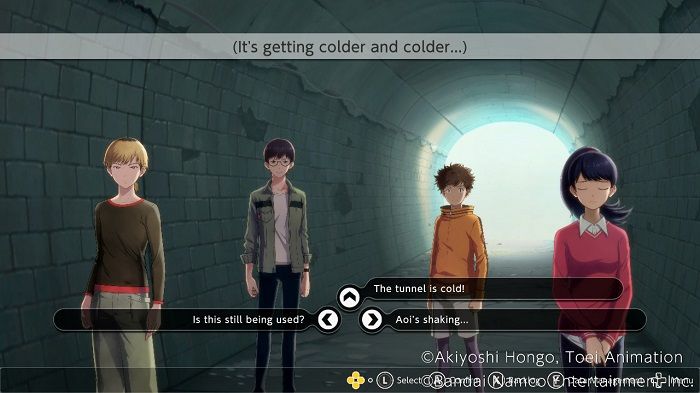 I really love the use of backgrounds and audient sound design. They made it easy to get a feel for my surroundings during scene transitions. They also added a sense of space and three-dimensionality that most visual novels don’t really have. This is vital because Digimon Survive is also an isometric strategy RPG. And strategy RPGs live and die by their ability to create that sense of space. Beyond that, the environments are just well-designed and incredibly atmospheric. Unfortunately, the game only features Japanese voice acting.

In many ways, Digimon Survive feels like a response to the original Digimon Adventure. The idea of retelling a classic isekai portal fantasy adventure as a horror story is a compelling one. After all, falling into another world sounds a lot like being spirited away. This Japanese term refers to a mysterious death or disappearance after the victim angered the gods. And angering the Beast Gods can have lethal consequences.

Usually, visual novels have a problem with creating a sense of motion. The medium involves a lot of dialog and narration, often played over static images to save time and money. That’s why they’re called visual novels—you spend much more time reading than playing. Digimon Survive, however, adds a ton of motion into its visual novel-style cutscenes. The camera shifts around when different characters talk so you can see their locations. The animated sprites are incredibly expressive. Events and objects often get specific art so you can see what the characters are seeing. It’s fantastic. 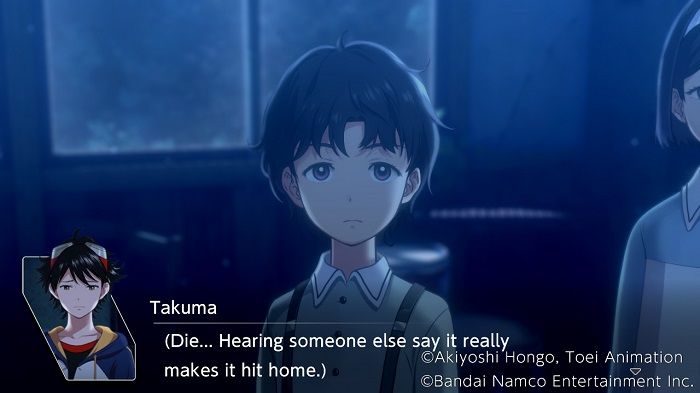 Beyond that, there’s a delightfully ominous feel to this game. With the right filter, some melancholy music, and good voice acting, some scenes could be taken right out of a horror game. It’s clear that without their Digimon partners, the kids wouldn’t make it. In many ways, Digimon Survive reminds me of the Shin Megami Tensei series. Digimon Survive even has a similar negotiation system. This negotiation system obscures the need to level grind. It’s very easy to get distracted trying to recruit your faves. I became way overpowered for the early game because I was having trouble befriending Gazimon.

Digimon Survive is part visual novel, part strategy RPG. The decisions you make and the people you talk to in the visual novel portions affect your stats, evolutions, and team affinities in the RPG portions. You can also use your phone camera to spot hidden secrets and explore locations Ace Attorney-style. Unfortunately, most of the strategy RPG mechanics are pretty bog-standard. Digimon come in three types that form a weapons triangle. They also have elemental weaknesses and resistances to juggle.

I really love that characters will auto-defend if they don’t move or attack on their turn. Very convenient. However, this is related to one of the major complaints I had about the game. Its strategy RPG mechanics are pretty shallow. Digimon Survive has a vastly reduced focus on items compared to similar titles and removes a lot of complexity from combat. It’s clear that this was made to be a story before it’s a game. 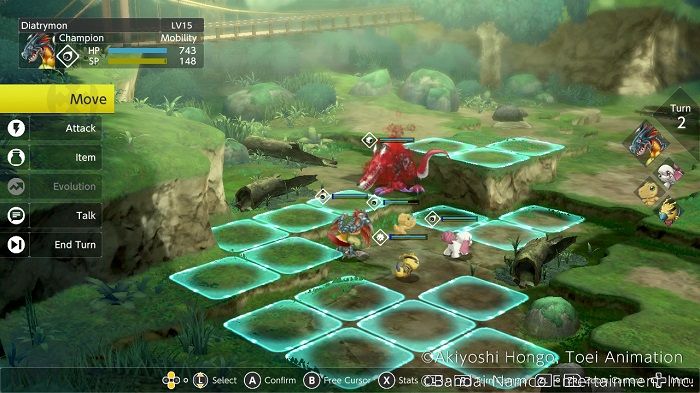 It’s not all bad. You can choose which difficulty to fight battles in-game instead of at the beginning of a playthrough, which is convenient. And a lot of the strategy RPG mechanics are connected to choices made in the visual novel. This creates a sense of depth and meaning that would otherwise be absent. Other mechanics, like the Talk mechanic, seem to be inspired by the way kids power up their Digimon in the anime. As an anime fan, that’s pretty cool, but it’s definitely an acquired taste. And it has a major downside: sometimes an attack that does a tiny amount of damage will trigger a dramatic fight cutscene. Plus, while the environments are gorgeous, you can get locked into very repetitive battles. 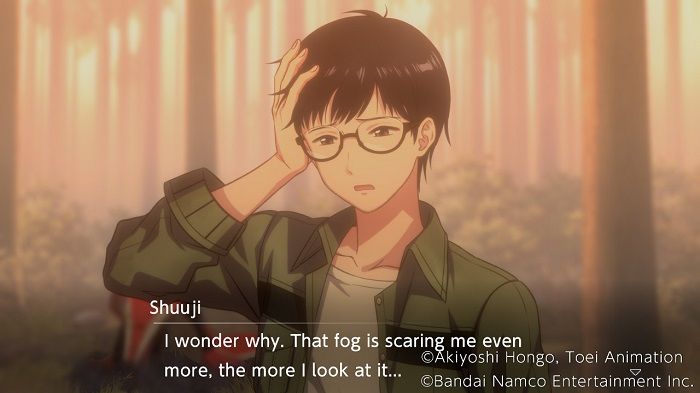 All in all, Digimon Survive knows exactly what it’s trying to be and does it well. Unfortunately, this means it’s not a very interesting strategy RPG. If you’re a Digimon fan, you’ll either love or hate it. And if you’re looking for a fun, story-heavy title, I definitely recommend checking it out. But strategy RPG fans may want to find something else with fewer cutscenes. 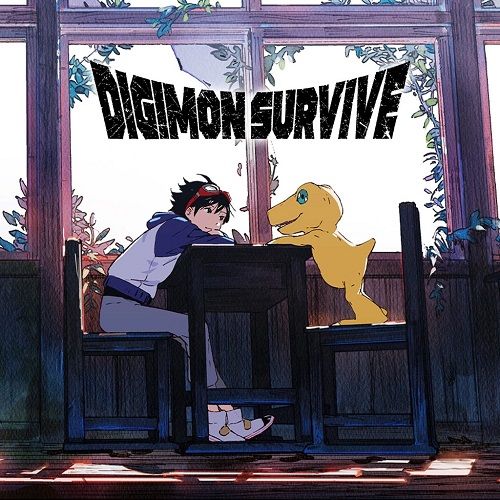