I’ve put a lot of hours into Diablo III. A tremendous amount of them in fact. Enough that I could notice a problem with a port of the game more or less immediately. I’m happy to report that I’ve so far seen very little in the way of differences with the Nintendo Switch version. For all intents and purposes, this is a terrific portable version of the PC game I gave so many hours to over the last six years.

One important thing to note, this is my first experience with Diablo III on consoles. A lot of the delightful innovations I’ve discovered are old news. Still, the Nintendo Switch is more than capable of running this game, as capable as any other console it’s been ported to. I don’t know what sorcery Blizzard employed to get this running so smooth on something so small, but it’s admirable work, regardless.

You can use a single Joy-Con to play this game, if you’re so inclined. Everything is mapped to a handful of buttons without interrupting the flow of combat whatsoever. Non-combat actions, like accessing the menus, are a little clunkier. It’s just a matter of pressing two buttons at once, which you can get used to pretty fast. If anything, using a single Joy-Con illustrates how simple the moment-to-moment action is in Diablo III.

The only thing I noticed that didn’t translate well was the town portal system. There’s no longer a button dedicated to the action. Instead, you just do all your teleporting through the map screen. For some reason, this led to portals disappearing once I went through them. Not every time, mind you, but often enough that it got annoying. Thankfully, if you’re playing with other people, you can still warp to their location in the heat of battle. Hopefully, this will get spotted and patched out quickly. 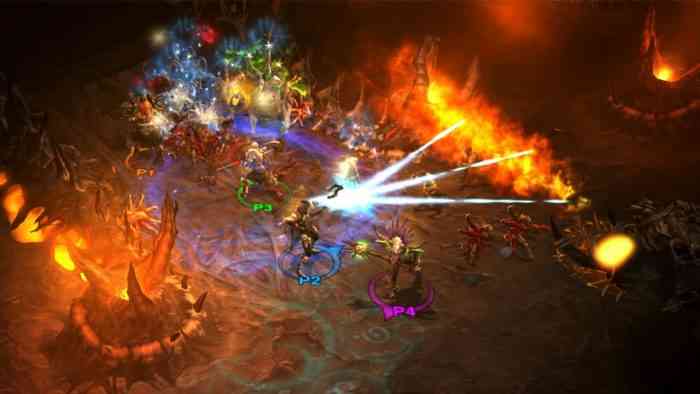 When you’re playing local multiplayer, you can still be hampered by the menu screens. If one person pauses to change out equipment, everyone else just has to hang out until they’re done. Unless you make use of the quick menu, which I didn’t immediately notice. You can cycle through everything you recently picked up using the d-pad. You can put stuff on or trash it all without pausing the game, which is fantastic. Even playing by myself, I relied on it all the time to switch out non-legendary gear.

Playing in portable mode can be a real strain on your eyes. If you’re trying to soak up flavor text or read detailed item descriptions on the train, you might be in for a rough ride. Suddenly the massive red and green arrows seem a lot more useful. I was never fully unable to do something due to the tiny screen, but I did feel the strain from time to time. Being able to play Diablo III on the train at all is worth these occasional concessions. Portable mode comes with precious few restrictions, only cutting you off from online play and seasonal mode. Otherwise you get the complete experience.

On the subject of online mode, I didn’t encounter any real problems. Yes the random party members were unreliable and fiercely independent, but this is an issue with every version of Diablo III. My connection and framerate were both seamless. Plus, the online options felt a bit more robust than what I remember from the PC version. If you don’t mind corralling a bunch of strangers every time you open up a Rift, you can get the pure Diablo III experience on your Nintendo Switch.

As a recovering Diablo III addict, I recognize that my objectivity is in jeopardy here. To that end, I’m restricting my final judgment on the Eternal Collection to its efficiency and completeness as a port. Even while keeping these caveats in mind, this is still an excellent title. Pound for pound, you’re getting the unabridged Diablo III on a portable console. The game itself has all the problems you may or may not remember from other versions. The ceaselessly compelling loot cycle turns to ash in your mouth after enough hours. Seasonal characters are both more fun and too powerful for their own good. Every character eventually suffers from serious power creep. Lastly, if you succumb to the temptations of the metagame, the luster will fade in a way that you can’t reverse. In spite of all this, I can easily and wholeheartedly recommend Diablo III: Eternal Collection for the Nintendo Switch. Whether you’ve never played before or you’ve put in over a thousand hours, this game will pull you right in without a second’s hesitation. 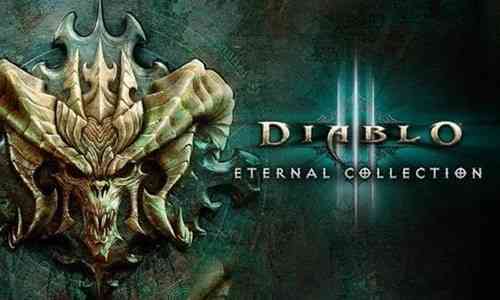 Advanced Wars 1+2 Remastered Brings Tactics To The Nintendo Switch
Next Transpose Review – A Mind-Boggler Unlike Any Other in VR
Previous Grip: Combat Racing Review – A Roll of The Dice