Devil’s Hunt Review – Hell Has Never Been So Boring

When I think of third-person action games, the things that come to mind are satisfying combat mechanics, intense boss battles, and memorable protagonists — like Bayonetta or Dante from Devil May Cry. The fact that Devil’s Hunt features none of those elements should speak enough about its quality. Every seam of this tale of revenge and redemption threatens to burst under the weight of its budgetary constraints. Among pacing issues and unimaginative gameplay, rooted at the heart of Devil’s Hunt is a hero so unlikable that he further drags down the rest of the experience.

You play as Desmond, a man who accidentally takes his own life after suffering through a bad day. Once in hell, he is offered a second chance by Lucifer himself. Ordained as an Executer, a grim reaper of sorts with demonic powers, Desmond must hunt those Lucifer deems a threat to his dominion.
That problem is that, not only is Desmond a bland character, he is utterly unrelatable. He lives a privileged lifestyle, being in possession of an extremely lavish condo and a sports car, and his woes consist simply of a cheating girlfriend and an argument with his wealthy father.

Worst yet, Desmond’s motivations are questionable at best; we’re talking about twenty-something who decides to start reaping souls after catching his girlfriend in bed with his best friend. Desmond comes off as a bonafide villain in several jarring moments — namely an interactive scene in which he brutally stabs a defenseless man to death — which is at complete odds with the story’s attempts to heroize him. I found Desmond impossible to empathize with and even harder to root for, which raises the question as to why he is the star of the show. 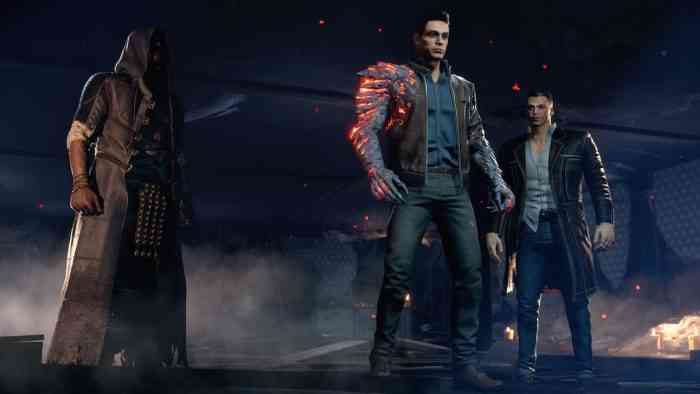 Such poor characterization may be forgivable if the gameplay itself is compelling, but unfortunately that is not the case here. For an action game, combat is surprisingly simplistic in nature. Desmond has a light attack, a heavy attack, and three sets of unlockable skills. But because nearly all enemies can be “cheesed” by spamming the light attack, there’s very little motivation to get creative in fights. The lack of a combo meter and a score system further discourages precision and tactics.

The Devil’s In The Details

Most encounters feature no more than three enemies at once, which seems to be a conscious design choice, as the technical limitations of combat rear their ugly heads when more foes show up on screen. Desmond, being stiff to control, often targets enemies you don’t intend to. It doesn’t help that his special skills are clunky to execute. Though there is a wide variety to toy with, these skills immobilize Desmond and don’t flow neatly into combos, serving only to dampen his already-limited fluidity. Even in Desmond’s demon form, which increases attack power and – inexplicably – also immobilizes him, the light attack is enough to do the trick. As a result, battles relegate into dull, mindless button-mashing affairs. 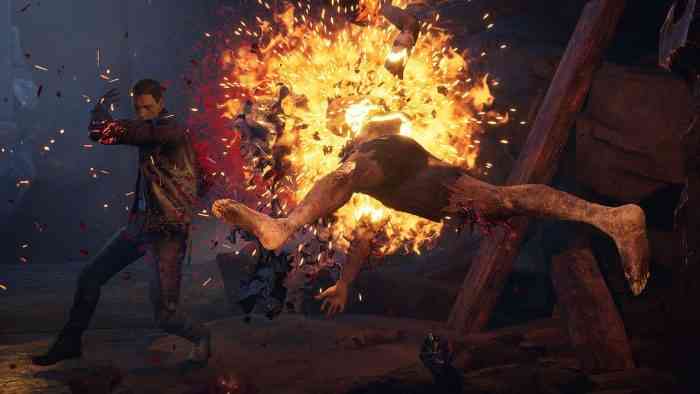 The campaign is also rife with pacing issues. Some sections feature no fighting whatsoever; you’re tasked with simply walking from cutscene to cutscene. The addition of basic platforming feels like an afterthought, existing only to bloat the campaign’s length. Boss battles are also few and far between, with the second boss encounter not appearing until roughly the halfway mark.

A game about the clashing forces of heaven and hell deserves to be far more interesting, if not in gameplay, then at least in story. Devil’s Hunt fails to deliver on both fronts. It does have a neat take on the afterlife — Lucifer is essentially a shady businessman who outsources his dirty work, and the angels wear suits and conduct their operations from a pristine office tower – but these ideas are lost in the banality of everything else surrounding them. This is not a hunt worth embarking on.


Bayonetta Is Restocking Physical Copies for Players in Europe

Bayonetta Getting Physical Release for Nintendo Switch
Next MXGP 2019 The Official Motocross Videogame Review – Down In the Dirt
Previous The Walking Dead: The Telltale Definitive Series Review – I’m Not Crying