Not content with simply putting out just one game this year (see MotoGP 19), developer Milestone is back with MXGP 2019 for some more gnarly bike action. And while this latest entry in the Motocross series might still have some kinks in its gears, it’s still a competent racer packed full of impressive customization options that should keep fans of the extreme sport fairly happy — until next years’ game, of course.

For starters, MXGP 2019 is the official game of the current MXGP World Championship which means players are able to race around on official tracks and as their favourite professional rider of the season. While that prospect is alluring for most fans, the game’s overall presentation falls flat. There’s not much here that feels very celebratory of the sport. Perhaps it’s because there isn’t any strong announcer or commentary during races, but there’s a real lack of excitement in this year’s game. Considering other sports titles place an emphasis on TV-like presentation, MXGP 2019 simply doesn’t hold a candle to what sports fans are accustomed to in games, especially in 2019.

Things are, thankfully, better when it comes to the gameplay department. MXGP 2019 strikes a nice balance between simulation and arcade-style racing. I’ve always leaned more to the latter in my racing games, so I’m glad there isn’t a steep learning curve here. First-timers should have no problem getting used to the controls and falling into the groove of its physics system. Don’t feel too bad if you find yourself trailing the pack during the first few laps. The devs do a solid job in making MXGP 2019 feel unique, in that you’re more aware of how your bike moves and glides along the track. 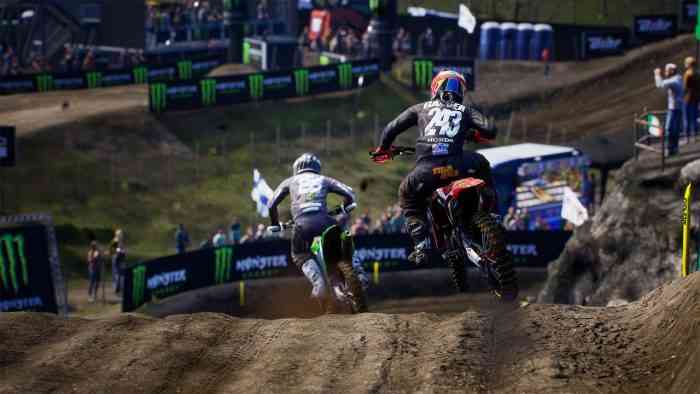 Compared to past entries in the series, MXGP 2019 feels more forgivable this time around. Precision and skill is still the name of the game but there appears to be more room for error. It’s a stark contrast from say, MXGP Pro, and might even turn off die-hard fans of the series. As someone that likes to dip in now and again with this franchise, I appreciated how accessible this one is. Don’t get me wrong, it can still prove a challenge in later championships but there’s a lower level entry now that makes this a tad easier to recommend.

Visually, the game is adequate on the surface but looking a bit closer reveals some nice mud effects (didn’t expect to say that!) that can go unnoticed. While maybe not on the same level of detail as DriveClub or Forza Horizon 4, the way mud splashes up or is carved into the track looks and feels authentic. Especially with its dynamic weather, the muddy tracks will adapt to your racing environment. I loved seeing the mud on my rider’s visor when it would rain or seeing the deep grooves of the tires take form after every lap. While not game-changing in any way, the credit should be given to Milestone for, well, going the extra mile.

New to MXGP 2019 is the addition of a track editor. I’m not usually one to make custom anything, but surprisingly, I found myself spending a ton of time tinkering away at my own creations in this new mode. Typically, track editors in other games come off as far more complex than intended which usually means it gets neglected after a couple of spins. Here, thanks to an easy-to-follow tutorial, Milestone makes it remarkably simple to create a custom track in just a handful of minutes. Tracks can’t be more than three minutes long which makes sampling user-creations not feel like a chore. Already, I found a bunch of well-designed tracks and I’m excited to see what the community comes up with in the future. 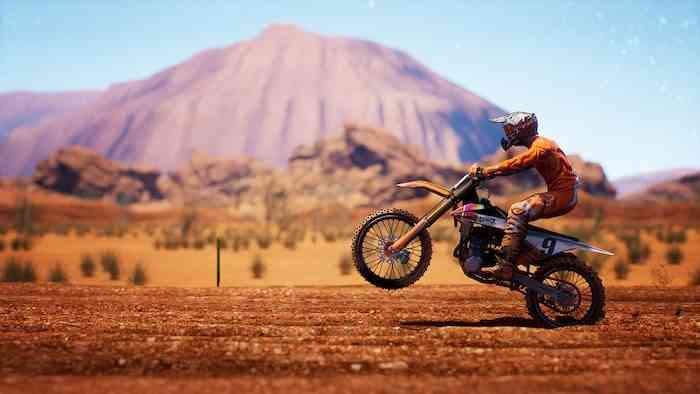 Also new to the game is an all-new Playground mode which features a huge area to roam and explore. It feels a bit like the game is channelling Forza’s open-world design but, unfortunately, not coming anywhere close to the same level of freedom and polish. While it’s fun to cruise in a large open space, the novelty begins to wear thin the moment you find a special challenge. There’s a painfully long load time every time which completely breaks the immersion. Players can also create custom waypoint races for other players to partake which can make for a decent challenge, especially for skilled players. Playground adds a nice boost of variety to the game but it definitely needs some work. Hopefully, the 2020 edition can make the necessary improvements to make this mode worth checking out.

If you’re not interested in both the track editor and Playground mode, there’s always the standard but still fun single-player championship mode. Playing solo means you can choose to race on a roster of official race tracks or to play a user-created one. While being able to select a custom track can keep the races feeling fresh, I still preferred biking on the tried-and-true courses on the disc. 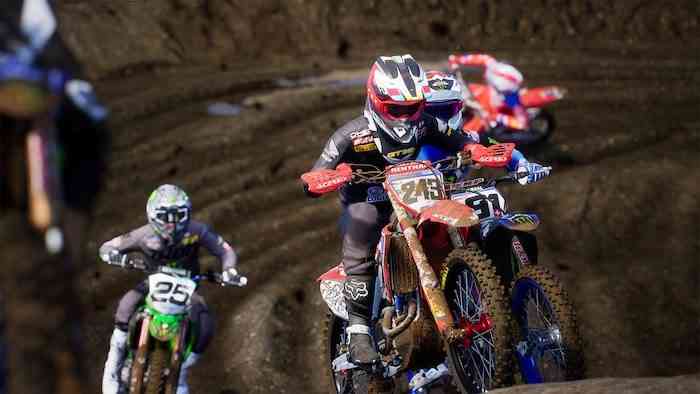 MXGP 2019 has the makings of a great motocross game but it comes up short in a few key areas. The racing is competent enough and this years’ game is probably the most accessible the series has ever been. Having said that, there’s definitely room for improvement when it comes to new modes and overall presentation. The track editor is a great addition for fans to experiment with but the new Playground mode needs a lot of work before the franchise goes full open-world. If you’re looking for some motocross action, MXGP 2019 should satisfy that itch, but expect to stumble a little in the dirt. 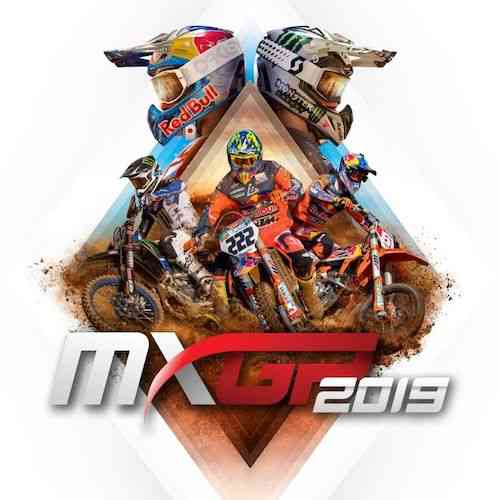 The Callisto Protocol Devs Are Sharing ‘Some News Next Week’
Next Monster Hunter World: Iceborne Review – A Winter Wonderland
Previous Devil’s Hunt Review – Hell Has Never Been So Boring