Okay, problem: you’ve got a whole bunch of humans lying around, gathering dust. What do you do with them? You feed them to a procedurally generated dungeon, of course! Despot’s Game: Dystopian Army Builder is the roguelike RTS you’ve been waiting for, assuming your surplus human supply is starting to get stale. Gathering an army of these hapless fools is a great time, although the roguelike element is almost too prevalent.

Rather, the potential for strategy is erased in the face of the mechanics. Access to skills is randomized through shop encounters. You never know which fight will cause a shop to pop up, although they appear pretty frequently. Skill supplies are limited, but you can buy as many recruits as you can afford. All of this sounds extremely deliberate, yes? It’s only once the fight begins that everything falls to chaos. Once you hit go, your army does exactly that. 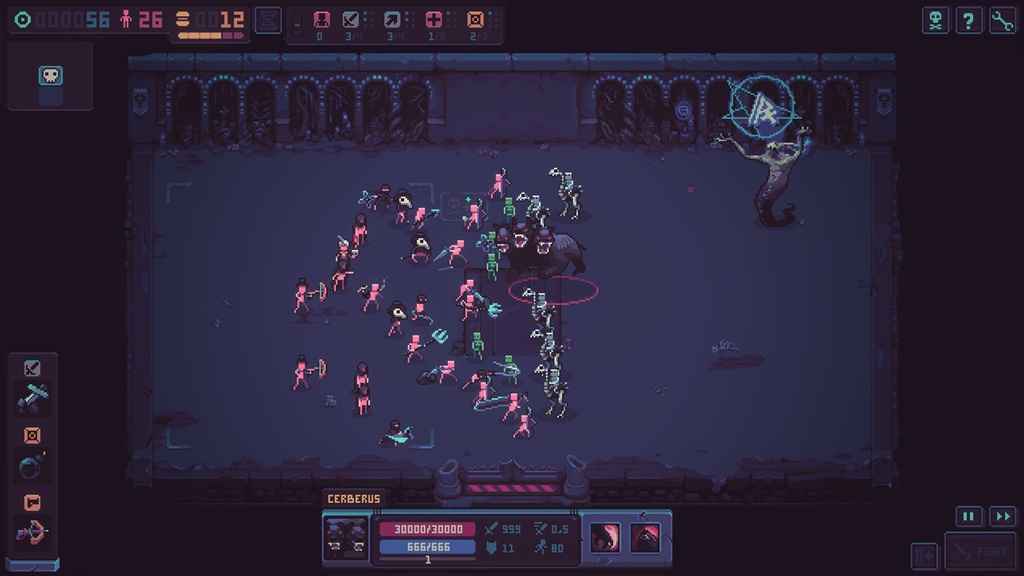 You can choose where to place your units. But they still more or less do their own thing during battle. Some classes are better on the front line or the back, but that’s kind of it. This, even more than the roguelike element, makes Despot’s Game one of chance. I love watching these little guys go to war! But I hate the helpless feeling of seeing them get crushed. It just feels like it’s beyond my control, you know? Rather than an issue, this represents the central thrust of the game. This is a struggle to perform enough planning to make your victory assured.

Win Before The First Move

The controls work decent on a gamepad, but this is meant for a keyboard and mouse. I tried using an Xbox controller for a while, but there are just certain functions I couldn’t get used to. Switching the game speed, for example. Or, more importantly, applying class items to your fighters. It’s a weird system either way, but it’s much clumsier on the gamepad. Console players will figure it out just fine, but my recommendation is for the PC version, if you can. Beyond the infrequent gamepad hitches, Despot’s Game feels pretty intuitive. Since your army fights automatically, you’re not struggling to balance too many inputs at once, which is nice. 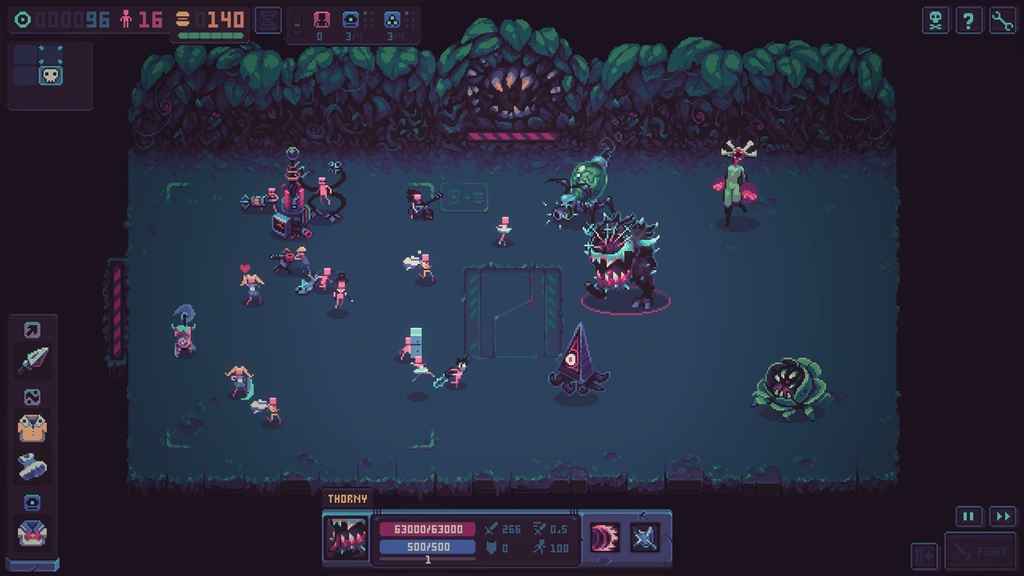 I haven’t mentioned the story until now. There is technically a narrative framework, but it’s extremely barebones. You’re here for the action, after all. If you must know, a malevolent intelligence is using humans as guinea pigs to work out the kinks in their dungeon. We’re not great at surviving, so quite a few humans are needed. The writing is clever, if a little simple, and the text is packed with humor. If you’re paying attention, you’ll catch a few snappy lines. But again, we’re here to fight.

While the action can feel a bit random, it’s also communicated clearly. Your fighters are all distinct, clearly defined characters. Simple things like swords, fridges, boxing gloves, and sailor uniforms mark out each class. The enemies are well-crafted and beautifully animated. Although fighter deaths sometimes come and go in a blink, there are systems that ensure you know what’s happening. The icons for every class don’t immediately make sense, but they’re all unique. So you’ll memorize their functions before long, which I appreciate.

A Rag-Tag Bunch of Brawlers

Though every class can be slotted into a larger section, they still feel unique. The healers all serve different functions, and the brawler types have very little overlap. You even get bonuses for gathering different class types in the same army. It’s a complex, fascinating system. I only wish it didn’t feel so useless after a while. Once you get far enough in Despot’s Game, type matchups become essential. Yet, if the shops didn’t spit out enough of the type you need up till now, you’re just… doomed? I’ve had to watch several armies melt away, simply because some class type was insufficiently represented. You keenly feel the lack of control, and it seems like the choice was made for you ages ago.

This game is a great time, with a couple minor caveats. If you don’t mind the random, roguelike nature of the combat, then you’ll love it. If you’re playing on PC, you’ll love it even more. The writing is snappy, the action is fast-paced, and the character designs are terrific. I had a hard time grappling with the roguelike elements, however. There’s certain patience this sort of system demands of you, and I don’t have enough of it. On the other hand, if running experiments on hapless humans in dank dungeons appeals to you, take heart! Despot’s Game will be right up your alley.

***A Steam Key was provided by the publisher*** 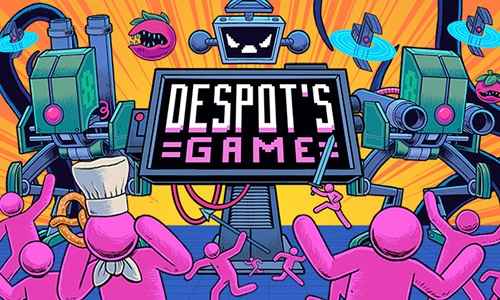