Death Road to Canada Review – Killing Zombies, One Apology At A Time

Who among us hasn’t dreamt of packing up the old van, gathering a bunch of our weirdest buddies, and hitting the road on a desperate race for survival through a zombie-infested wasteland? Well Death Road to Canada is here on Steam to answer those prayers, and what it offers is a cheeky blend of Oregon Trail mixed with Hack ‘n’ Slash action, cutesy retro graphics and music, and a good dash of completely random nuttiness to round things out. Lock ‘n’ load your rifle, and bring lots of gasoline, because this is one insane ride to the Great White North. Sure, there are some speedbumps along the way that dampen the fun, but overall, Death Road to Canada has enough cool ideas and attitude to make it worth a look (eh?).

This game really sneaks up on you because, on paper, it shouldn’t be all that special. Killing zombies? Almost every game has that now (or they release DLC that does). Cute retro look and sounds? It’s almost becoming cliché at this point. Procedurally generated? Roguelite? Everything about Death Road to Canada is something we have seen in some form or another in other games. But somehow, this game puts it all together so well, and with such a fun, lighthearted spirit, that it feels fresh and original. RocketCat Games really seems to know what they are doing, and they’ve made a game that knows what gamers like and (mostly) delivers it.

Take the fighting. You hack ‘n’ slash zombies in the action sequences, using whatever weapons you can find. Pick up a crowbar and swing away, or sometimes get lucky and find a shotgun. The game is controller-friendly so the fighting is simple and fun. At the press of a button, you can switch between your various weapons easily right in the think of fighting. You can also use lots of different things as weapons too if you wish – pick up a chair and bash some brains with that, or even use an umbrella (actually a surprisingly-good weapon, I found). I never got tired of the splat of a successfully-killed zombie, and the funny way they exploded into livers, entrails and other body parts. You have to be careful, though, as there is a fatigue aspect that slows you down after too much prolonged exertion.

“Throw some supplies into a duffle bag, find a map to Canada, and hop in the van folks, because the zombie masses of Death Road to Canada are coming for you, and getting eaten alive was never so much fun.”

And I really loved the way action sequences tested not just your patience in fighting off endless enemy waves, but also your willingness to risk. Do you wade deep into that horde to go after the gas, or food that you know is there, running the risk of getting caught? Or do you go in quick, grab a few easy pickings, and get out safely? I found after a while of playing that it was usually better to leave some loot where it was and put the priority on survival – there is always the next town, the next junkyard. Death Road to Canada is tough but fair, and balances its mindless killing with surprisingly deep strategy.

After you’ve fought off a zombie-siege at one of the game’s many locations (my personal fave was the “Y’all Mart”), and you’ve gotten away with some much-needed supplies, it’s back in the van to continue the journey. Hopefully, you didn’t lose any group members to the undead horde (it is not uncommon for a dumb AI member of your crew to get caught and eaten alive, a moment that is genuinely unnerving, I must say), but you might have also gained one as well – I once picked up a stray dog, who turned out to be quite an effective little zombie-killer. But I must say, it is on the road where the game’s most glaring weakness comes in: the randomly generated (RNG) text-based events. 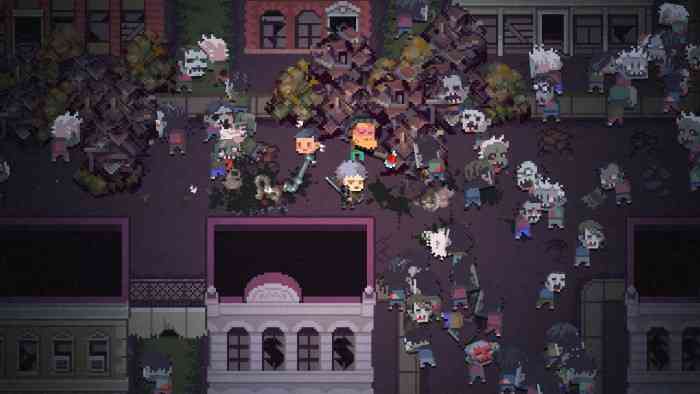 Case in point: I was going along nicely, having just come out of my last encounter with the walkers with lots of extra supplies (and my new aforementioned canine companion). Then, the RNG events kicked in: my group was apparently plagued by ants while they slept, which lowered our health and morale – A LOT. Then, I was told that the van broke down out of the blue. So just like that, I went from having a strong crew, with a working van, to a demoralized, weak crew running awkwardly down the highway like a bunch of schnooks. None of this was under my control in any way, and what is most irritating about the random occurrences is that they seem to be overwhelmingly negative; I rarely had a good thing happen to me, it seemed. Now, to be fair, RocketCat Games seems to have every intention to address this and other issues with updates – in fact, one came out just before I wrote this review which apparently reduces the RNG occurrence of vehicle problems. That’s good; let’s hope that they continue to tweak the game and make the RNG more balanced and fair (for example, some POSITIVE random events would be nice…).

Despite that frustration, though, Death Road to Canada will keep you coming back to play it again, because it just has so much to like. For one thing, you can completely customize the look and name of your character – literally put yourself into the action if you like. I decided to create famous people for my play-throughs; it was a weird thrill to see Donald Trump wading through legions of famished undead, clearing a violent path through them with a pipe-wrench, and desperately smashing vending machines for hamburgers. There is also an RPG layer to the game, where your various group-members have skills that not only affect their success at certain tasks, but can be upgraded with experience (but again, might be just as quickly eroded randomly by a surprise event). There is also the occasional “town” or camp to stop in to, where you can purchase items and upgrade, although I found that the prices here, at least as far as I got, were too steep to be worth it. Overall, this game has a depth and complexity that one wouldn’t expect from a “cute retro roguelike.” 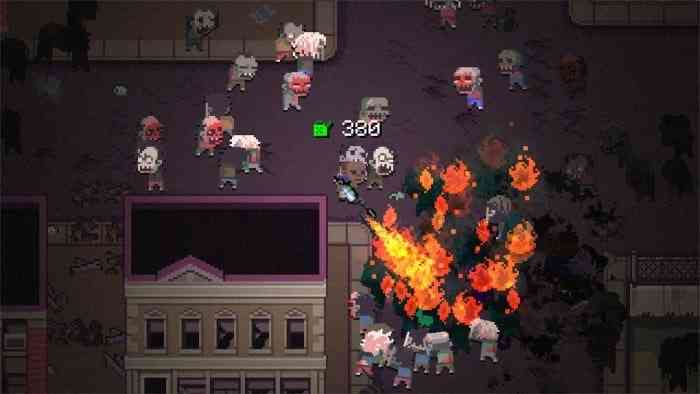 Much has been said about Death Road to Canada’s whimsical attitude, retro look and funky music. It does indeed have a humorous attitude that can be amusing at times (“Cool it” is an answer to almost every conversation, for instance). I would praise these aspects highly as well, except that this is becoming almost the norm for indie games nowadays. We have seen these things many times now, from many little games, and Death Road is not particularly unique in that regard. I actually found the music to be vaguely distracting, and it seemed to get very loud during the zombie-killing sequences – maybe it was me, but I turned it down a few times. Overall though, I enjoyed (and am enjoying) my time with Death Road to Canada. At $16.99 on Steam (Canadian, of course), it might seem a bit steep for what was originally a Kickstarter game, but after playing it I would say that price is about right. And with regular updates, I have no doubt that it will only get better.

Throw some supplies into a duffle bag, find a map to Canada, and hop in the van folks, because the zombie masses of Death Road to Canada are coming for you, and getting eaten alive was never so much fun.

**A Steam code was provided by the publisher for this review** 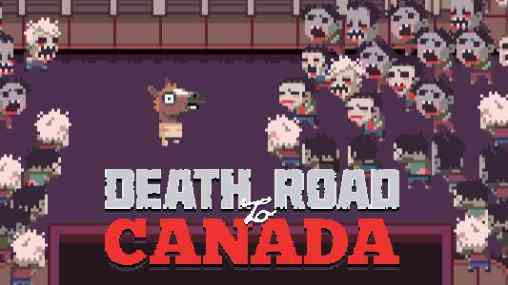