ABZÛ is an exemplary model of a game that is hard to review. It doesn’t fit any of the traditional “video game” tropes, but still remains an experience worth taking, despite its short run time and sometimes wonky controls. ABZÛ is simply a game worth experiencing, as the whole concept relies heavily on the journey rather than the destination.

Let’s get this right out of the way; ABZÛ won’t challenge you. You won’t run the risk of death, get stuck with challenging puzzles, lost without a clue where to head next or run into any barriers that would hamper the flow of gameplay. ABZÛ is single-handedly the most stress-free gameplay experience you may ever play. Once you buy into that concept, and let go of the ideals of “progress” or “trophies” that’s when you truly embrace what makes ABZÛ a unique experience, the ability to experience a gorgeous and fully formed ocean teeming with unique marine life and an orchestral soundtrack that elicits powerful emotion.

“ABZÛ is simply a game worth experiencing, as the whole concept relies heavily on the journey rather than the destination.”

This is a spectacular journey, despite the relatively little context provided. At the start you’re a mysterious diver who awakes in the ocean and you begin to explore. Along the way, clues and hints of a past civilization appear and your overall role becomes clearer, but ultimately the dangling threads of an overarching story are too little to really bring context to this world. What DOES work, is the absolutely compelling environment, teeming with a massive variety of sea life, each with its own unique character and patterns.

As you journey through wide open swaths of ocean past giant blue whales or through temple ruins filled with hammerhead sharks, the marine life awes and compels you to continue your journey simply to see what new creatures lurk around the corner. These environments are paired with a musical score that is simply astounding. The orchestral melodies seamlessly play between soothing string and flute numbers to rousing drum tempos, and when the music fades away the ambient sound of the sea washes over the player, noticeably offering both a peaceful meditative moment and a somber reflection of the vastness of the ocean depths. On more than one occasion, several onlookers remarked how the soundtrack evoked memories of Disney’s Fantasia. 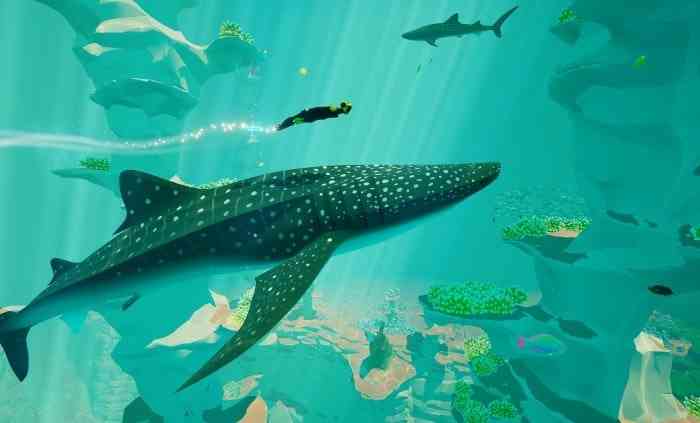 ABZÛ’s controls are fairly simple, relying on only a few buttons, and while the overall control scheme can be fairly seamless, there are some moments where the controls can pull away from the experience and make it slightly awkward to control your diver. Thankfully there are no real obstacles to movement or traditional platforming elements, so the minor hindrance of control issues simply slows down the experience rather than making it frustrating.

Moving through the gameplay is a relatively short experience, clocking in at two to three hours total. There are a few collectables in each environment, and yes there are obligatory trophies to collect, but the developers understands this is an experience best served in a meditative state. There are even opportunities to sit on scattered shark statues and enter a first-person meditation moving between available marine life and simply observing nature take its course. In these moments the game truly shines, whether it’s following a lazy sea turtle, methodically swimming with a pack of mackerel or stalking prey in a great white shark, every experience feels natural and unique.

“On more than one occasion, several onlookers remarked how the soundtrack evoked memories of Disney’s Fantasia.”

Will the type of short, reflective gameplay that ABZÛ provides appeal to everyone? Absolutely not. But those that have profoundly enjoyed titles like Journey or Flower, games that push the concept of what a “video game” should be, will relish in the opportunity to take the plunge in this atmospheric underwater world. Rather than ask players to challenge themselves, ABZÛ gives you the freedom to explore the mysteries of the deep at your own pace, providing an ebb and flow that offers a masterful experience. 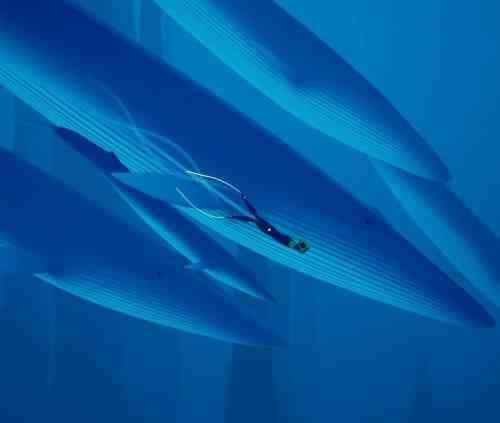 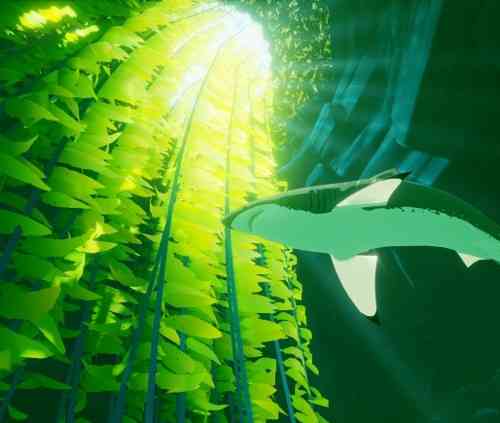 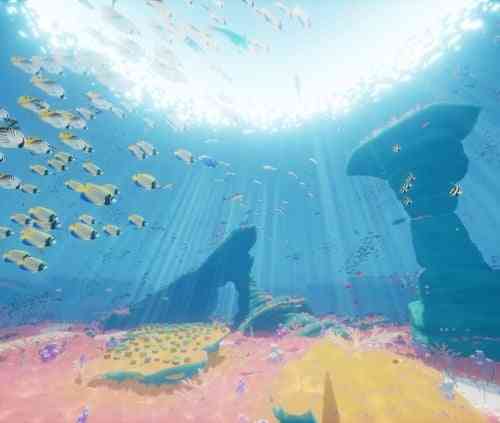 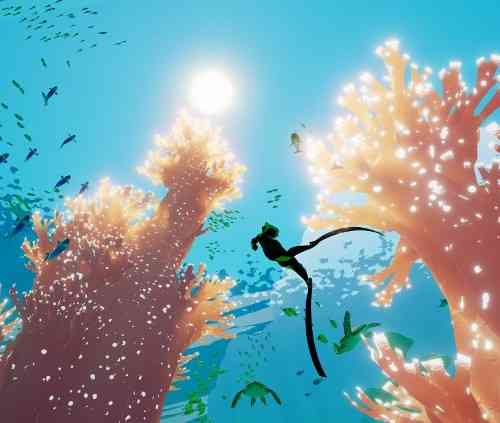 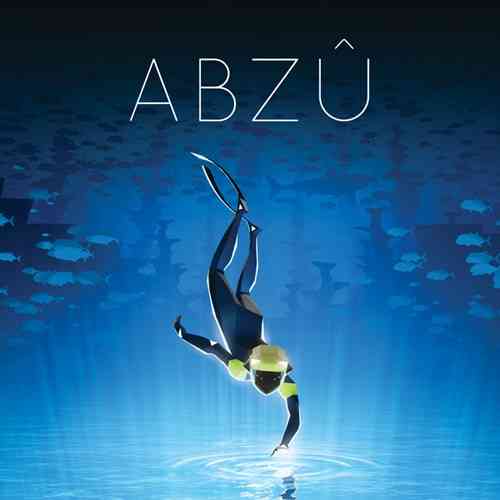