Lifeless Planet started its life way back in 2011 as a PC platformer that garnered attention by shredding its Kickstarter campaign. It’s a few years later and after a successful release on the PC, LP brings its ‘Premier Edition’ to the PS4. While a fairly solid entry into the genre and an all round good game, Lifeless Planet: Premier Edition finds itself planted firmly into the quickly growing crowd of ‘unnecessary ports’.

Lifeless Planet follows an astronaut who survives his shuttle crash landing on an alien world which is devoid of life. He finds an abandoned Soviet colony on the world and begins to unravel the mystery of not only what happened to the human colony, but to the world itself.

The gameplay of LP is fairly straight forward as it is primarily a platformer that likes to splice in some puzzles here and there. The platforming comes courtesy of a jetpack attached to your suit and what I can only imagine is lighter gravity cause you have some serious ups. The jetpack will semi-regularly get ‘refuelled’ to allow you to maximize your jumps and that’s when the real fun sets in. Traversing massive alien canyons is as simply as a leap of faith and some expert tweaks of your jetpack. There were several times that I didn’t think I could make a jump but somehow managed to cross what must have been a kilometre, just to scrape on to the platform which was certainly fun. Speaking of not making jumps, LP also rewards you for something that you regularly do in games but are rarely rewarded for – aka, dying. Yes, there are trophies to be had if you discover each and every way that this alien world wants to kill you and trust me, there’s a lot. The game also throws some puzzles in to spice up the flow of the game, but that’s all they’re pretty much there for. They aren’t really challenging or even time consuming, but they come at regular enough intervals to keep you from getting bored scrambling around the far corners of the planet. 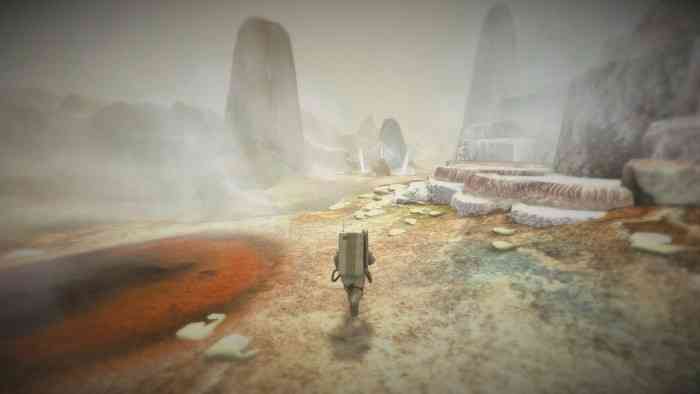 However, if we get right down to it, LP is primarily about its story and the gameplay is really just to propel that story forward. Drawing on old sci-fi roots, the developer frequently references Aelita, a Soviet-era sci-fi classic, as a major influence, something that becomes obvious the further you delve into the game. The style of negative space and exploration unfolding the story is quite popular on the indie scene and has been done very well in games like The Vanishing of Ethan Carter or Everybody’s Gone to Rapture. The expansive vistas of the alien world in Lifeless Planet add to the loneliness and the emptiness of being the sole living being on an entire planet (sort of). The score, meanwhile, helps accentuate this and really ramps these feelings up, drawing you further into the story and bringing a real emotional pull to some of the scenes. While the platforming and explorations never fully let you become immersed in these feelings and the game never fully explores this to its full potential, the intentions of the game are evident, if only slightly misused.

“The expansive vistas of the alien world in Lifeless Planet add to the loneliness and the emptiness of being the sole living being on an entire planet (sort of).”

Lifeless Planet does suffer in a few areas. The controls themselves are oftentimes clunky and since you need to tightrope walk some areas, that can be a problem. Also, aiming while you jump seemed to be completely reliant on the camera as you needed to point and face where you going at all times or you would fly horribly off course. This limits your ability to look around to try to get your bearings if you needed to jump, which is pretty much the crux of the game. Also, the graphics for the game are not what they could be for a PS4 game. A lot of the environments look good but like a PS3 good. Not even top notch PS3 though. The game also likes to leave you a very loose idea of what you have to do which is easy enough to suss out, right up until you need to use that oxygen tank hidden behind a barrel, behind a house, off to the right of the beaten path which can be easily overlooked and very frustrating. 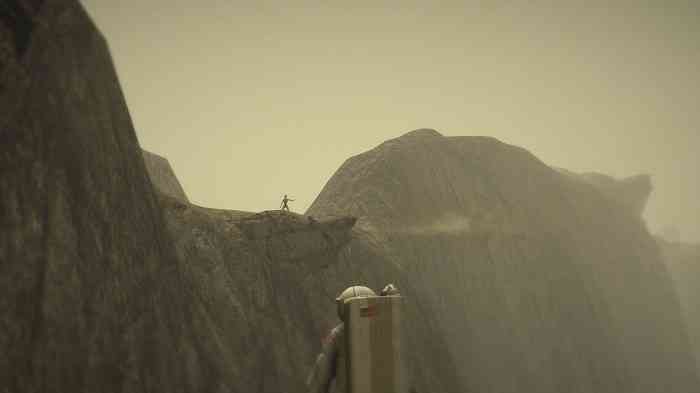 Overall, Lifeless Planet Premier Edition is a decent enough game for the price, but once again it leaves me asking why. The ‘Premier’ aspect of it is a visual upgrade which is mainly to the large, open spaced maps, but as I said above, the graphics aren’t that great. The other add-on is some new scoring, which is a huge bonus on the game, but was it really worth the port? To be fair, I wouldn’t have played this on the laptop that I’m writing this from but I had no problem scooping this up on PS4. Which, I suppose, answers the why question that I’m posing, however, without fully utilizing the PS4/Xbox One’s capabilities, it really does come off as another attempt to exploit gamers looking for an alternative to the big AAA games that dominate the console market.

What it comes down to, though, is that if you’re a fan of this genre and don’t mind a little clunk and meh graphical content, for 20 bucks, I can’t think of a reason to say no. If anything I’ve said above makes you think twice about the price tag, that should be enough of an answer right there on whether or not you should pull the trigger.