Dead or Alive 5 is the first DOA game to receive a multi-platform launch since Dead or Alive 2 and expectations are somewhat high.  Most gamers have a preconceived idea of what content they should expect in a Dead or Alive game, and this one sticks to its roots as it includes fast paced fighting and beautiful aesthetics while adding in an impressive amount of depth to its combat.  It is clear that this latest iteration really focuses on the mechanics and physics of fighting.  That being said, Team Ninja is aware of their audience, with pre-order bonuses including Bunny swimsuits for several female characters.  Being that the Dead or Alive series is typically known for its “fun over finesse” take on the fighting genre, it would seem that Dead or Alive 5 looks to change that.

Upon inserting my copy of DOA5 into my PS3, I noticed the intro animation to be extremely choppy. My PS3 also sounded as though it was struggling to read the game properly.  Though HDD installation is not mandatory, I found that after I did this it fixed this issue.  It seems as though installing the game should be mandatory.  Before beginning to play, the DOA5 asks if you want to play Casual or Professional.  Casual allows for those cinematic effects where the stages explode, and the terrain changes.  Professional is, as the name states, a more balanced setup and is where you will always be on an even terrain.  I chose to play with the casual option to check out all the game has to offer.

DOA 5 includes all of the expected options.  When choosing what mode to play, you are given the option to dive into story mode, go online, or simply fight.  The story mode contains 71 battles and can last anywhere from 2-5 hours.  This mode acts as the tutorial, describing the mechanics of the game in detail.  If you choose to just fight, and skip the story mode for now, you are prompted to play versus mode, arcade mode, time attack mode, survival mode or training mode.  Most of these game modes are self explanatory, such as survival, where you fight an endless stream of opponents until you run out of health.  I have to say that Training mode has come a long way, with a fully programmable training dummy and real-time frame data for every move you make as you hit it.  Team Ninja also gives you the ability to save and upload replays of online and offline matches, hold training sessions and tournaments online with spectators, and track an impressive amount of personal performance stats.  With all of these tools to further ones performance, any competitive fighter should be pleased. 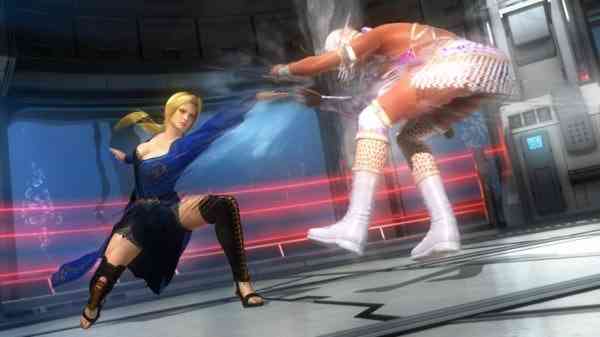 Team Ninja has implemented new gameplay elements that add both depth and variety to a mechanic that was once heavily centered on counters.  Counters are still both very prevalent and effective, but players have more to keep on eye on now.  First up are the Power Blows, which are attacks that begin an environmentally related attack.  The interesting part is that you have to wait until your character has less than 50% health before executing a Power Blow.  This is to prevent players from throwing their opponents into walls right off the bat.  Once a Power Blow connects you must aim the camera left or right with the directional buttons, which in turn will send your opponents flying.  The strategy lies in whether it is better to knock an opposing player into a Danger Zone for certain damage, or send them off a cliff to try for even more damage.  The risk of failing to do any damage at all is always present too, so making the appropriate choice isn’t always easy.

Fights in Dead or Alive are based on a triangle system: strikes beat throws, throws beat holds, and holds beat strikes.  When you land an attack of one type that beats another type, like executing a throw when an opponent tries to hold, that attack becomes a High Counter attack and does even more damage.   This system allows for very engaging and exciting battles.  The destructible Stages are connected to the Power Blow hits as utilizing the danger zones in the numerous stages can be a strong part of your strategy. 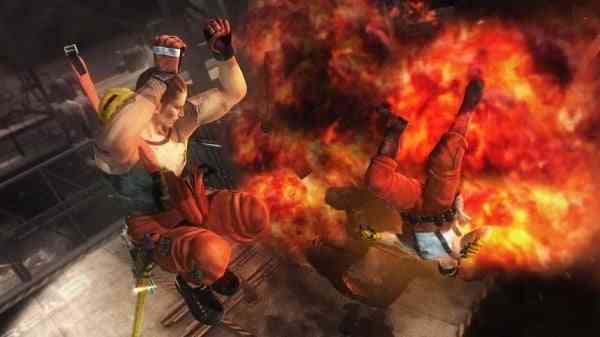 Online play in DOA 5 requires an online pass.  The game comes with a redeemable code if you buy it new, but if you get it used or rent it, you’ll have to fork up $10 for your own pass.  Team Ninja has done away with Dead Or Alive 4’s online lobby where players could walk around a small room with a custom avatar before finding a match.  It was widely known that this caused many issues involving the netcode, therefore compromising the stability of ongoing matches.

When playing online in DOA 5, I was given the option to play a simple match, a ranked match, or a lobby match.  A simple match is a quick fight while a ranked match is what it sounds like and a lobby match allows up to 16 players to go head to head with a tournament kind of style.  Leaderboards are present and contain an impressive amount of stats.  You are also given the option to register the people you fight on a list, and that way you can either fight them as computerized AI for practice or send them a throwdown, which is essentially a challenge to fight.  Unfortunately I ran into issues while attempting to actually play online.  Following the retail launch, I will attempt to play online in hopes that the servers will be live, or that the server issues I’ve been having are rectified.  We will update this review after this date to briefly touch on our experience, and if there are any major issues we will note them. 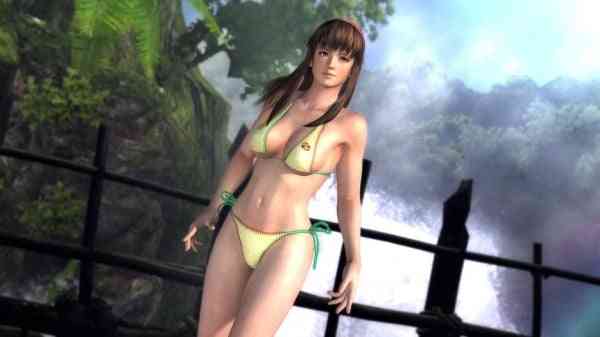 If you’re familiar with the DOA series, you know what to expect in terms of visuals: Very slick, very clean, and very vibrant.  The animations are silky smooth, and Team Ninja has added details such as sweat and dirt to character models.  The more energy the characters put into a fight, the more sweat will appear.  This can potentially result in costumes becoming transparent but levels of transparency tend to differ by costume.  I found this cosmetic design made me feel more involved in the action.  It gave the fighters on screen a grittier more realistic vibe, and I thought it felt right at home.

The sounds used in Dead Or Alive 5 are reminiscent of the early entries into the series.  The music reminds me of classic arcade fighters with retro sounding rock playing on repeat while sitting in the menu screens.  The musical scores playing in the background during battles always seemed natural to the stage it accompanied.  As for the rest of the sound, it was pretty good too.  From the sounds of punches and kicks hitting their marks to the sound of each character grunting and groaning during battle, it all blended in well.  Being the fifth entry into a popular fighting series known for its presentation, Dead or Alive 5 was bound to have quality graphics and sound and it does not disappoint.

Team Ninja seems to really want players to take the Dead or Alive franchise more seriously than they have in the past, and they’ve made a bevy of key changes and additions to that end.   The most important of these are present in the combat system itself.

Dead Or Alive 5 is accessible both to casual players and hardcore fans of the genre and it feels very rewarding when given enough time.  Underneath all of the saucy attire, it is definitely a frantic fighting game with both depth and substance and one worth playing.