Aside from some texture upgrades, Scholar of the First Sin boasts enhanced lighting, changed enemy/item positions, and all of the DLC previously released. While I was expecting bigger changes to enemy locations that what was delivered, I was ultimately very impressed with what was done to Dark Souls 2.

It appears developer From Software’s goal with Scholar of the First Sin was to make Dark Souls 2 a more cohesive experience. Enemies seem to bleed over into other areas which make the world more real. The most prominent example is how shaded ruins is no longer just about the lion warriors; invisible rogues now sit resting, waiting for you to misjudge their intentions and venture too close. I was thrown for a major loop when all of a sudden this entire zone felt different. My strategy needed changing, but I was happy to meet the new challenge.

Coupled with this is how some items have moved around, particularly the fragrant branches of yore. These have become much more commonplace now, with branches and petrified creatures encountered much more frequently. I won’t say where, but a particular bonfire is now blocked by a statue and I simply chuckled to myself when I died because I could no longer just dash through a frustrating area. It’s all very well done though, and the developers at From Software continue to do a fantastic job with their level design and enemy balancing. 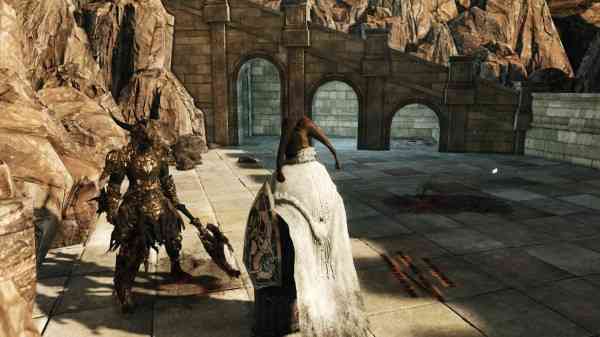 Speaking of dashing through, good luck with that. Most of the enemies follow you for a much further distance now, possibly to deter speedrunners or just skipping areas in general. The first time I died and attempted to breeze past the previous enemies, I was met by a horde shortly after retrieving my souls. They cut me down and I was forced to start again. None of this feels cheap though, and every death continues to be my own fault and not simply because the game is too hard. Patience is rewarded, and I suggest you take your time.

So far I’ve killed every boss except for Nashandra, and have gotten through two of the three Crown DLCs. The Ivory King is proving to be the most difficult for my playstyle, but progress isn’t halted, simply slowed. I’ve been rather impressed by all of the additional content, particularly the Crown of the Sunken King. All of the ancient ruins and switches that control them were rather enchanting, despite death lurking around every corner. I also really liked the mechanics around enemies once you get past the first few bonfires; there are ethereal beings which you can’t hurt with physical damage until you destroy the corpses, usually found somewhat close by. Some would argue that the DLC for Dark Souls was even better than the original game, and while I don’t think I can say the same for Dark Souls 2 it was all a nice breath of fresh air. That’s not to say any of it was bad! The modified content in Scholar of the First Sin is just very well done and hard to beat. 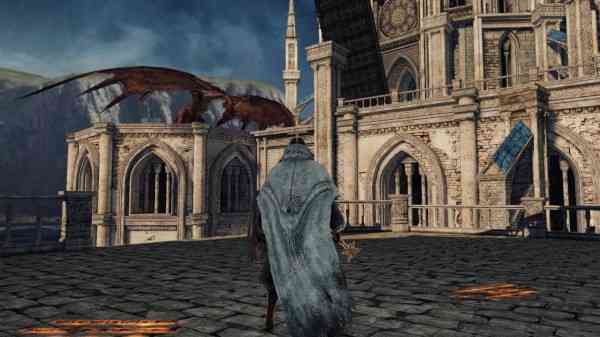 One particular new feature I was actually very glad to try out was the increased summon count. There can now be up to six players in the same world, allowing for some huge party sizes or epic 3v3 fights. I was playing on PS4 and while I put down my summon sign wherever I went, I was only summoned a few times. Everyone is likely still playing Bloodborne and I don’t blame them, but it’s too bad because it feels like the player base is a bit smaller than it should be. Thankfully, From Software has added a cool element to the bonfire travel UI by highlighting the four most active zones with a red/orange outline. Of course, the bridge in Iron Keep is still pretty active for PvP but I gave up trying to improve my favour with any of the covenants. It’s one of the very few downsides with this release, but I’m sure the servers on PC or XB1 are bustling.

This may have actually been somewhat advantageous for me though, since it forced me to play slowly and carefully through all of the content instead of having someone help me rush through. The combat took me a little while to get used to after coming straight from Bloodborne, but I slowly started to remember all the little things I rather enjoyed about Dark Souls that aren’t present in From’s newest IP: travelling between bonfires, a completely seamless world, dozens of weapons and armour sets that can all be upgraded quite thoroughly. The combat was a little disappointing at first, largely just because of the way rolling works as opposed to the dash, but you get used to it and start to use it to your advantage. I quickly went back to my old ways of hiding behind a greatshield and striking when the time was right. 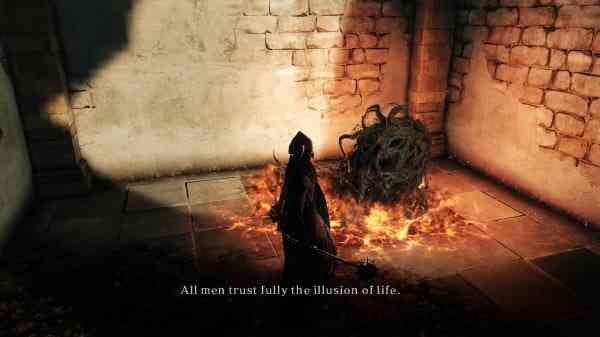 Overall, Scholar of the First Sin is a fantastic upgrade and worth the purchase if you never had the chance to play Dark Souls 2 on PC or current gen consoles. Even if you did play through it before, the DLC alone is worth checking out. The visual upgrades are rather stunning if you haven’t played on PC, and the new enemy positions offer veteran players a nice surprise. As I said, I was expecting more in terms of new enemy patterns but the development team made the right decisions and instead of just scrambling the game, they’ve deliberately changed the spots that they thought needed work. Returning or new, Scholar of the First Sin packs a lot of content into a dark and brooding package just waiting to tear you apart. I’m excited to see what From Software comes up with next, whether that’s another Bloodborne or something more similar to the Souls series. The developers at this studio continue to impress me and the few mistakes they make are easily shadowed by everything else. Let’s just hope they keep it up.

Next We Are Doomed Review – We Are Impressed
Previous Xenoblade Chronicles 3D Review – Is the Same Adventure Worth the Money All Over Again?