Curious Expedition 2 Review – A Jaunt to the Tropics

I cut my gaming teeth on various Trails in Oregon and the Amazon. I know what it’s like to plan a journey, to purchase supplies, and to make tough decisions only for my digital avatars to succumb to madness and disease. This makes me naturally predisposed towards games like Curious Expedition 2. I love to visit exotic locales while having to manage rations, abilities, and emotions. However, various elements – both gameplay and thematically – prevent Curious Expedition 2 from being the best the genre has to offer.

To wit: no you don’t have to have played the original Curious Expedition. I did. I like these kinds of games. And I sort of liked it. The big gimmick in the first one had to do with unlocking historical figures as playable characters – figures as diverse as Nikola Tesla, H.P. Lovecraft or Harriet Tubman could go on an adventure. That’s less the focus in this second, curiouser expedition.

What you do is explore islands. Every step you take across the map costs a resource called sanity. You can manage your sanity by using consumable items, finding a safe place to rest, or by efficiently planning your route. Get too low and you may trigger a “sanity event” which naturally leads to the kind of amusing failure cascades that fans of this genre may be familiar with. Mistakes tend to snowball until the game is impossible and you die a slow and tortured death.

There are many kinds of encounters, all of which are solved through dialogue prompts and literal dice rolls. The dice are always 6-sided, but often have fun icons or blank sides to them. This abstraction may be more than some people are willing to suspend their disbelief, but I rather liked it. The combat system is thus simple and effective. The dice rolling adds some tension and dramatic heft to the proceedings.

Where the gameplay flounders is in its roguelike elements. There are three sponsors who will pay for your missions. They are: goth British imperialists, robot Thomas Edison, and a very Avatar: The Last Airbender inspired mystical Chinese cult. What these different clubs really amount to is your progress tracker. Each group has different bonuses to offer you. You can buy weapons, gadgets, supplies, even high powered NPCs. As you complete missions, the game tracks your score and your XP basically makes the three themed shops more robust. 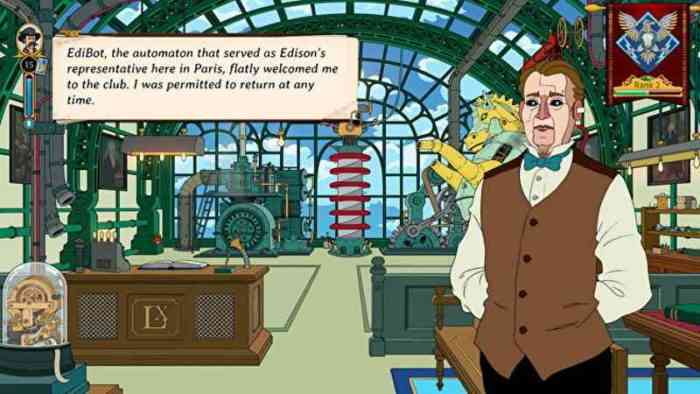 And like… fine? I prefer these mechanics to not having them, but they didn’t really entice me. Curious Expedition 2 definitely needs something here. The story is there, but not much. The environments are just what the title claims, curious, but not breathtakingly beautiful. I’d push on to maybe see something weird, like dinosaurs or dark magic, but I’m not lingering because I think the world is so beautiful. It’s lush and tropical, and hey, I can use a vacation. But what Curious Expedition 2 fervently needs is a strong marker of progress; maybe a multi-faceted system that makes each of your runs feel like they add up to something.

What you get definitely helps mark your achievements, but I never found the rewards that compelling. Basically, they all give you chances to roll more and better dice. That’s cool, but the game never felt refreshed because I had a Victorian cattle prod or a shiny new guide. You’re doing the same stuff, but it’s easier because you have toys. That difficulty curve also seems off. The early game is punishingly hard and by the time it gets a little easier, you’ll have seen the early content as much as you might care to.

It is here we must bear down into the thematic, or political, elements of this game. The pulp exploration genre is tricky. In real life, colonialism was the direct cause of unthinkable crimes against humanity. In Indiana Jones, you can root for the Ark of the Covenant ending up in a museum, especially if that means keeping it out of the hands of some no-good Nazis. My point is, I think there are plenty of ways to play within this genre, and whether or not it feels good to you is going to be a matter of taste, and taste is a subjective thing. One person may see things as clever and subversive, while another feels like the same thing is trading in crass stereotypes.

I can’t speak to everyone’s taste, but I can speak to mine. I found the colonialism in Curious Expedition 2 to be pretty uncomfortable. This had mostly to do with the set of mechanics around the indigenous people you encounter on the islands. They are not tied to any human culture, but they are definitely dark skinned people, who wear less clothes than a 19th century European might find appropriate, carry spears, and practice shamanism. Your reputation with the natives is tracked with a simple number, and you can cash in your good deeds to take advantage of their hospitality and rest in their villages and stuff. 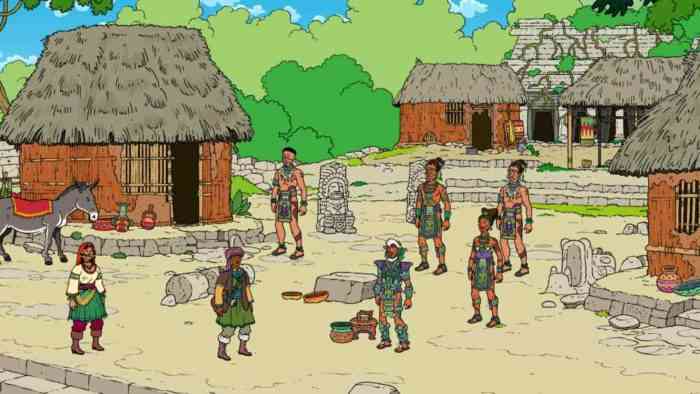 Or you could not do that, pillage their culture, and get rewarded with XP points towards unlocking stuff when you beat the mission. In fact, this “moral choice” is the only way the game allows you to interact with these people. You can be kind, and get more opportunities to rest and trade. Or you can be a total bastard, and get a higher score at the end of the mission. This casual quantification – not to mention incentive – to impersonate actual historic atrocities really rubbed me the wrong way. Like I said, this is really a matter of taste. I did not feel similarly when I played as a Viking in Assassin’s Creed: Valhalla, even though it was dealing with arguably similar themes. Maybe that has to do with that game being all white Europeans and this game being about a multi-ethnic group of Europeans plundering a nebulously indigenous population. Or maybe it was something else. Maybe it will bother you, and maybe it won’t. It bothered me, and ultimately made me enjoy the game less.

Islands in the Sun

The game absolutely tries to be sensitive in its own way. I noticed the inclusion of nomadic European characters were called Roma and not identified using a slur. Though your base of operations is in Paris, pains are taken to show the city as being diverse and cosmopolitan. Trying to create a scorecard for this kind of thing is always a foolish endeavor. Suffice to say, while I appreciate the many ways in which Maschinen-Mensch was thoughtful in their approach to the genre, I cannot claim that they succeed for me more than they fail.

Would this all feel different if the game was a blast to play? If I’m being real, probably. If my socks were being rocked by an unforgettable gameplay loop, maybe that would give me less time to linger on the stuff that makes me uncomfortable. But that is not the case. The gameplay is fun for a time, but once you see what Curious Expedition 2 has to offer, you will start to look beneath the surface. If you do that and you still like what you see, maybe you’ll have a new indie favorite. Or maybe you’ll find that your curiosity is quickly sated, and you’ll move on to the next thing. 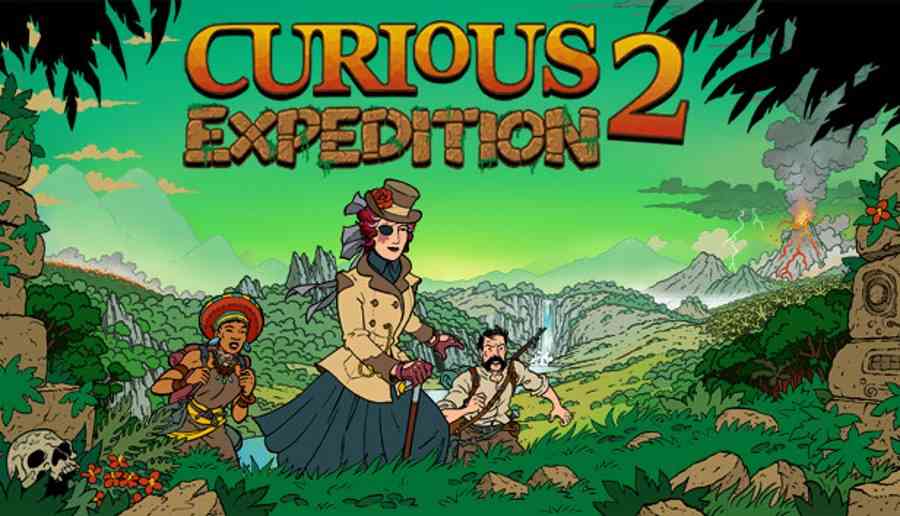 Spend Your Summer Cursed to Golf, Coming to PC and Consoles