Cryptark Review – In Space No One Can Hear You Shrug

How heavy metal is space? That’s more of a rhetorical musing than a true question because space is totally heavy metal. Cryptark is the most recent evidence to that fact. Alientrap’s action roguelike (released on Steam early access way back in late 2015) is a savage little shooter that deals in space-adrenaline, with a pinch of tactical planning.

You play as a contracted pirate tasked with salvaging some exotic piece of Xenotechnology from the eponymous Cryptark, a derelict dreadnought overrun by grotesque H.R. Gigeresque space freaks. Your ragtag crew will back you up over the comms, feeding you valuable information on the various defense systems you’ll need to deal with, and the plethora of weapons you’ll gain access to over the course of the mission. The group of space mercenaries you’re shacked up with prove to be an oddly compelling cast of characters considering they’re confined to static text frames and still shots during the intro; most notably the Engineer, who’s basically a humanoid frog from the filthiest corner of Brooklyn.

“Each gun has a niche that you can change your play style to suit.”

The mission demands you explore and destroy a series of deviously guarded spaceships, each nastier than the last. Every level you’ll be given intel on the defense systems of four ships before deciding which one you’ll raid. Ships will be guarded with Flak turrets, shield generators, door lock systems, and a ton of other preventative measures that you’ll need to disarm on the fly; with guns, a whole wack of guns. Scattered throughout the ship are weapon terminals that, when activated, unlock a new weapon for purchase at your ship. There are something like 65 different weapons in Cryptark, and a good portion of them —maybe even most of them— are worth playing around with. Usually, in a game with a ton of weapons, you find a lot of redundant or useless guns, but that doesn’t seem to be the case with Cryptark. Each gun has a niche that you can change your play style to suit. 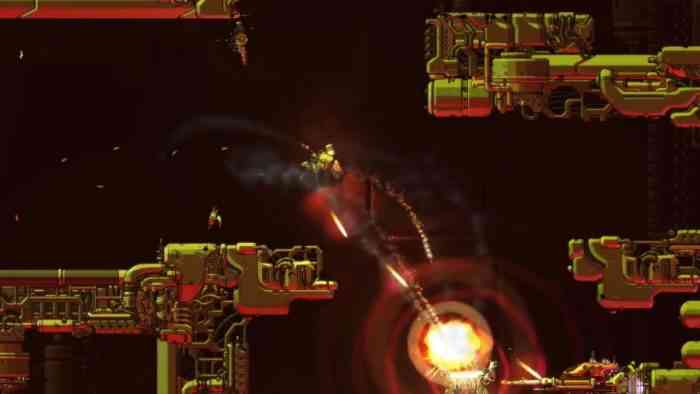 Purchasing weapons and equipment is a big part of the underlying meta game here. Every piece of equipment has a dollar value associated with it and you’ll need to balance your loadout with your earnings. Spending a boatload of money on gear could payoff, but it could also cost you any chance at a do-over if your run goes south. So there is an element of min-maxing that will become more important with time. Ships outfitted with an overabundance of locked doors might call for a couple keys to be bought. Not buying the keys won’t lead to a situation where the level becomes unbeatable, but it might make for an easier time. Anything that might take off the pressure when the shit hits the fan is a welcome addition if you ask me because the combat in Cryptark is wild.

Wild isn’t necessarily synonymous with good though. Something about it feels a bit too arcadey for my liking. Your character controls frictionlessly, moving on a dime, which is good for dodging, but it also ends up feeling like a flash game. Something about the art style feels a bit cheap too. I’ve looked into it, and apparently, it took the creators a long time and a lot of work to pull off their visual style, but everything looks samey and at times it’s hard to tell what exactly is an enemy and what is part of the ship. All things in Cryptark’s universe seem to be made out of the same gunmetal steel components and when the plasma starts flying it can be quite easy to get disoriented. And that speaks nothing about the slowdown that can kick in when the screen is filled with particles. There were times when the framerate dropped into single digits which lead directly to some frustrating run-ending deaths. 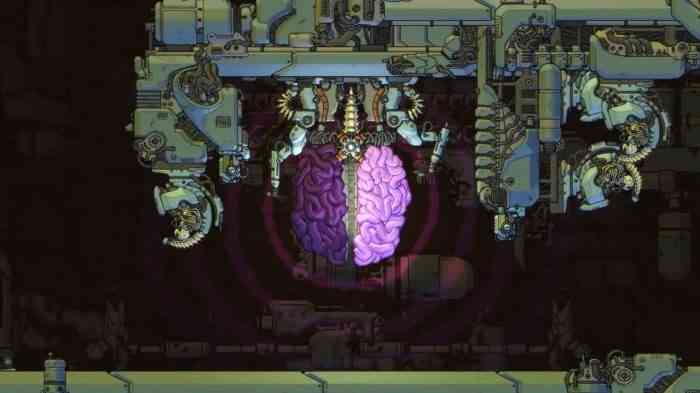 Technical issues aside, sadly Cryptark ends up being a middle of the road roguelike. It has some well thought out and unique ideas that get lost in the business of everything around it. I take no pleasure knocking a game that took a chance on a vision, so I want to take a moment to commend Cryptark on taking that chance. But not all chances are created equal. Cryptark has some balance and technical issues that seriously hinder the end product. There is fun to be had, but you may need to actively look for it. 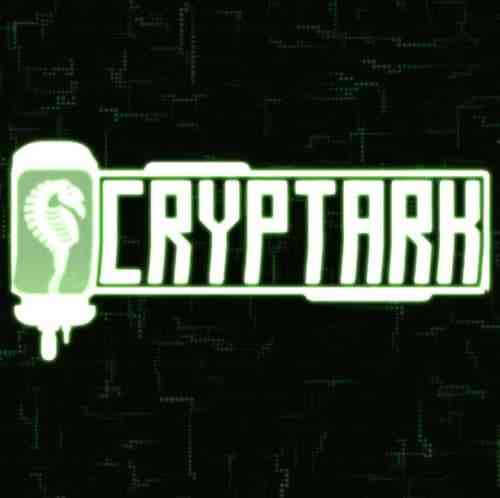