A Fun Nightmare of Magical Chess

Every video game genre needs a refresher course in why it must be played, which is why a property like Crown Trick can ease its way onto the scene. If you want to call it a two-in-one package, a three-in-one package, or a convoluted dungeon of punishingly good times, the answer is yes. 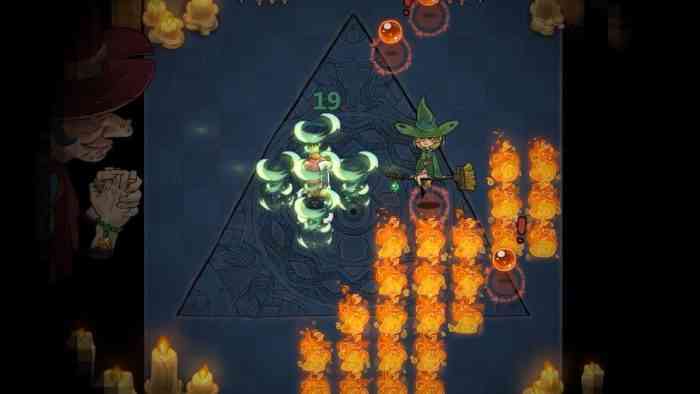 Developed by the creative studio known as NEXT Studios, Crown Trick offers a mix of rogue-lite and dungeon crawler goodness. The story, while a bit formulaic, brings a mix of charming characters next to a diverse rogues’ gallery. You play as Elle, a budding hero on the cusp of innocence, and the lore is a pretty engine to acquaint us with the Nightmare Realm: a fascinating place full of magical mysteries and dreaded challenges. However, the true magic in this world is the design and play-your-way engine.

It is incredibly tempting to refer to this title as a turn-based Dungeon Crawler. While there’s no hourglass or stop-and-go mechanic, Crown Trick seemingly demands the same degree of patience as a 4×4 strategy game. The passage of time coincides with movement, which means you and the AI play at your pace. Your every step equates to an enemy step. The degree of difficulty is dictated by how quickly the player toggles their movement buttons. A movement here means a movement there; a strike from the front means a strike from the back. This also means that map sprites can displace at a snail’s pace as fast as a Super Mario speed run. Unless you have prior experience through something like Speed Chess, it pays to take a step back and evaluate every situation before throwing out Leeroy Jenkins’s name in vain.

Before the journey can begin, there are three types of items to account for: weapons, relics, and consumables. Weapons assume a myriad of forms; think staves, guns, blades, etc. If you’ve seen it in a Fantasy novel, it probably exists in Crown Trick. Every type of weapon offers a different method of dealing with enemies. They appear randomly and come with unique buffs and abilities called aspects. As such, the player must reconcile between their desired abilities, play style, and how cool they look. Since you can only wield one weapon at a time, it is to be picky. Relics, on the other hand, can fill your pockets. These come with passive buffs and abilities that don’t expire for the duration of the journey. One must search for the ones that supplement your character’s skills and style of play. Finally, we have consumables, which can be found throughout the labyrinth and looted from enemy corpses. Provided you’ve purchased enough inventory space, you may pick up as many consumables as you need to bolster your chances in battle. 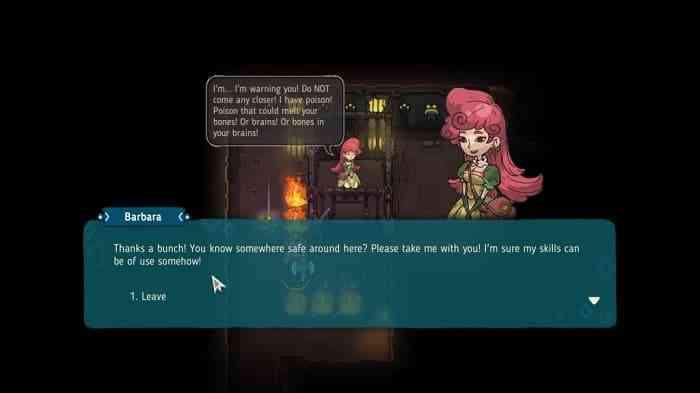 In and out of combat, art is a standout pillar of gameplay. Take the level design; each floor of the Nightmare’s labyrinth presents its own set of minions, bosses, and a unique atmosphere. The moment you spawn, the character of a level prevails through standout aesthetics and ambiance, sometimes subtle, sometimes lurid. The rooms may adopt a subterranean theme, something industrial, something underwater, or something filled with more flames. Herein is another reason to be excited because you already know summonable familiars are lying in wait. More familiars mean more abilities; more abilities mean more ways to make those minions squirm. Combos upon combos, my friends.

Crown Trick’s beauty and faults collide in its rogue-lite design. The element of randomness proliferates every facet of the journey. Triumph or die, every map is always different from the last; new enemies, new layout, new hidden secrets. And at times, the next room hardly seems worth the trouble of exploration. For example, randomly placed slot machines deign to take money for a reward that’s no better—probably worse— than whatever you currently have equipped; sometimes, there’s simply no gold to spend. Moreover, big rewards like wait in some suspiciously colored chests may come with costs that exceed the benefits. Since the boss encounters are unknown quantities until you’re both in the same room, it’s hard to prepare for the last floor fight in advance. Worst of all, it’s entirely plausible that the available weapons and items are useless against a level boss. I speak from experience, which is why I now stay away from low rarity swords and axes. 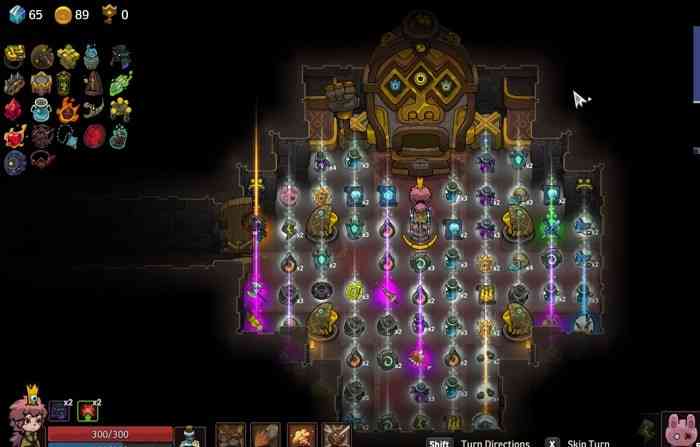 At the same time, a litany of weapons and skills provide plenty of opportunities for experimentation. There are nearly infinite weapon/skill combos, which is why I suffered some giddiness when perusing the armories. It makes you feel extra special when a high-value weapon drops unexpectedly; its fuels thy lust for conquest. It’s all the more exciting to test that god-tier weapon on new enemies. Thanks to a robust weapon selection and the eternal randomization of levels and encounters, wiping a floor of enemies, more often than not, feels like a fresh experience. In other words, even when the game demands that you read carefully and fail, the reset to progress never feels monotonous. You die, new weapons, new enemies, and new possibilities spawn. Plus, there’s never a hard reset to encounters since the NPCs you find scattered throughout the labyrinth will return with you to the spawn point, and they sell upgrades that make the next dungeon crawl more interesting than the last.

The ever-changing labyrinth, brimming with creative design choices, renders Crown Trick greater than the sum of its parts. There is only ever a dull moment when the player gets very, very unlucky. Otherwise, the game is a revolving door of “wow” encounters, colorful combat, and epic loot drops. It’s the amalgamation of turn-based RPGs, Chess, and dungeon crawlers in one erratic rogue-lite package. So if you want to exercise that brain matter, feel free to give this experience a go. 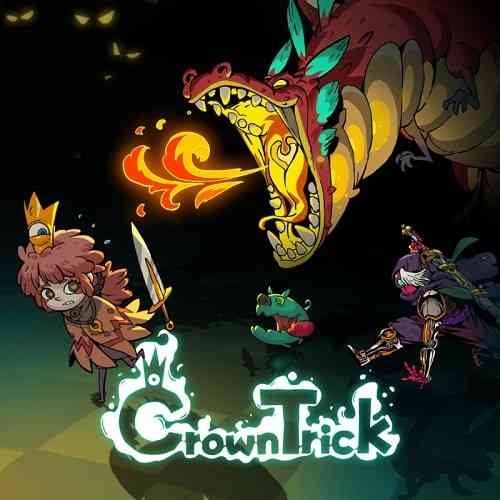 Hollow Sounds: How The Music of Hollow Knight Tells Its Story
Next WarioWare: Get It Together! Review – Manic, Multiplayer Mayhem
Previous Hell Architect Review – Manage Your Own Little Hell