Control Minions And Design Your Own Little Hell

In Hell Architect, Woodland Games and Leonardo Interactive hope to add a unique twist to the colony simulator genre by throwing players into the depths of hell, where they grow from a mere trainee to a respected designer. The game has been likened to Oxygen Not Included and follows much of the same principles. Start off small, gather resources, manage your colony and grow your own hell. Hell Architect attempts to stand out from the crowd in a few ways, but did Leonardo Interactive and Woodland Games deliver a truly exceptional experience?

Hell Architect’s story is an interesting twist on the typical colony simulator as players are assigned with managing and building hell. In doing so, they need to develop hell for Lucifer himself. The game’s story, though simple in essence, was boosted by the game’s great dialogue, voice acting and comedic narration. Throughout the Scenarios, servants of Lucifer would chime in and provide some comic relief, mainly founded in dark humor. Hell Architect’s story provides adds some extra oomph on a settled genre and sets the tone for the game.

Base Building With A Twist

Hell Architect commences with a nifty, three-phased tutorial that provides you with the basic mechanics. From there, players have the opportunity to enter Sandbox Mode or hop into Scenarios. The Sandbox Mode is self-explanatory as players start from the ground up and construct hell to their vision, while the Scenarios mirror a campaign of sorts. Over the course of the Scenarios, players grow from a trainee to an accomplished designer of Hell. Along the way, players are given a variety of tasks and missions to complete, each challenging in their own way. I found the Scenarios to be interesting and fun. They provided me with different challenges and taught me how to play the game better through working on different aspects of colony growth like learning to increase suffering to mining crystals and more.

Hell Architect controls much like any other game of its kind. Players use the mouse to navigate, as well as keyboard shortcuts. The mechanics are interesting. Essentially sinners are used to dig for resources, whether it be coal, iron, or crystals, and to gather ‘suffering’ and ‘essence’, via torture or literal executions. While gathering resources, players must keep the sinners alive by ensuring that they have food, water, and a place to rest. It is to be noted that sometimes sinners do suffer from some AI bugs and may need to be micromanaged to properly carry out their tasks, however, I found that inconvenience to be minor. 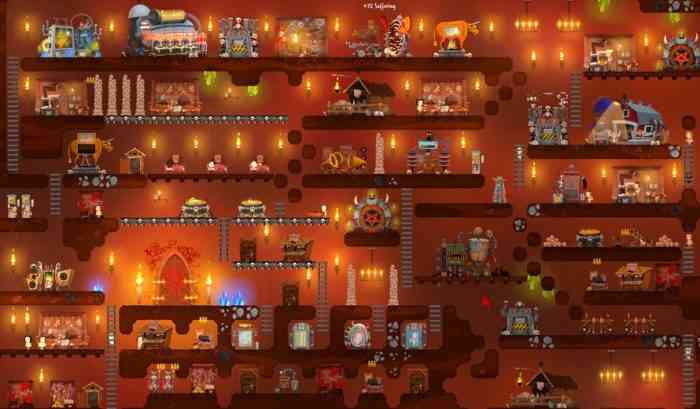 Hell Architect’s sound is simple, but apt for the game. Beyond a melodic theme sounds of sinners moving around littered with screams provide a good background for the game as players progress. The game does little to go beyond that threshold, but in any event, the game’s narration from Lucifer’s assistants provided enough joy to my ears.

Hell Architect shines in its art style. The graphics are crisp, and the design team outdid themselves as the torture machines, food and drink dispensers, artifacts and devils were well crafted. They were easy on the eyes, detailed and fit the theme of hell.

Hell Architect Suffers As Much As Its Sinners

Where Hell Architect falls a bit is in its end game and its lack of purpose. Unfortunately, at times I felt like Hell Architect was a simple loop of keeping sinners alive while digging and researching. It felt like there was no end-game nor larger purpose behind it. Building Hell for Lucifer sounds cool, but sometimes it can be a real bore as you patiently wait for enough resources to be gathered to build something else. Furthermore, the biggest concern was that there was no true purpose to grinding the Sandbox mode. There was no variety, no curveballs, no surprise or anything of the sort. Although I had freedom, I had too few goals to use it for. I began to wonder, what was the point of continuing to grow your own little hell? Sure, you can unlock some devils and artifacts, but it feels insufficient to keep someone playing. 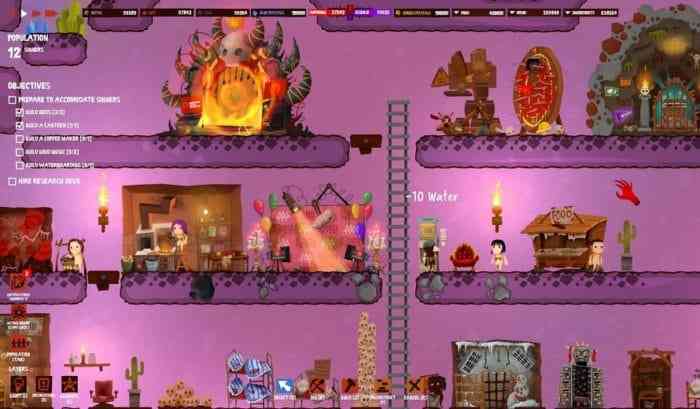 Hell Architect shines in its narration, comedic dialogue, and dark humor along with its excellent graphics and design. Hell Architect is a cool concept and executed well. There are certainly fun times to be had while managing hell, however the biggest issue comes in the fact that there’s little purpose to playing the game in the long run. The processes can become stale quickly and outside the Scenarios, the Sandbox Mode may only entice the most enthusiastic of the colony sim fans.

Outside of that scope, it’s a bit difficult to recommend Hell Architect, especially with its hefty price tag. It simply falls short. Hell Architect is perfect for those seeking a fresh twist on the genre, but for those not interested in a colony simulator you might want to stay away. I am hopeful, however, that Woodland Games can add some DLC to provide more content in the future.

***PC game code provided by the publisher for review*** 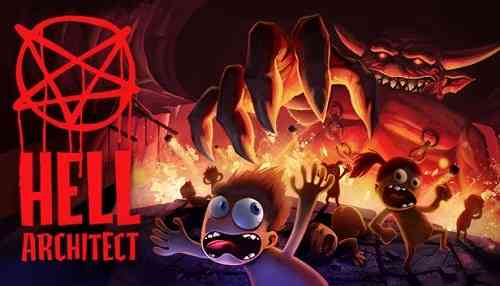