Cozy Grove is a beautifully hand-drawn life simulation game, throwing you in the role of a Spirit Scout stranded on a deserted island with the task of saving the lost souls haunting the land. That description may sound a bit conflicting with the mix of the words “beautiful” and “haunting” but that melting pot of contrasting ideas is exactly what gives Cozy Grove its charm. Despite the ghostly themes and similar art direction to the survival game, Don’t Starve, the game is in no way scary, in fact, it’s adorable.

The atmosphere in Cozy Grove is welcoming, warm, and dare I say it, cozy. The hand-drawn graphics build an incredibly unique and inviting world filled with adorable characters. Pair it with some of the most calming music I’ve heard in a while and you have a recipe for success in the cute department.

When you start the game you’ll be able to customize your character. The options available aren’t the most complex but there’s enough to make your character feel unique. There are also no gender options to choose from which is a welcomed addition that more games need to embrace moving forward.

From here on out you’re playing with the same core gameplay loop, as a Spirit Scout, your goal is to help the spirits you meet throughout the island pass on by assisting them with whatever monotonous task they need completed. Helping these spirits can mean anything from finding a lost item like a teacup or a letter to gathering the materials needed for them to craft you a useful tool, or to complete a task such as catching a certain number of rare fish. The tasks themselves are relatively short and can be done rather quickly. This short and sweet gameplay loop is actually the core premise of the game. 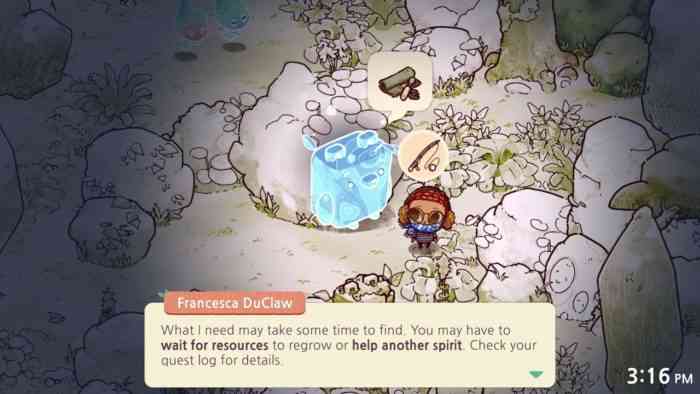 Cozy Grove runs on a real-world time system, so when an hour passes in real life, an hour passes in the game. Certain tasks require you to wait for time to pass before you are able to complete them and as a result, you aren’t going to be able to complete Cozy Grove in a day, in fact, you likely aren’t going to get very far. This is one of the game’s greatest strengths or weaknesses depending on your preferred play style. Cozy Grove encourages you to play the game every day for about 20-30 minutes, enough time to complete your daily tasks and to call it a day. You can stretch this play time out by spending some time fishing, gathering resources, or decorating your island. But regardless, you won’t be able to progress too far.

If you’re the type that only has a small amount of time to game each day, then Cozy Grove might be a great fit for you as the game is perfect for these short bursts, offering a sense of satisfaction as you complete tasks and progress the story. However, if you aren’t this type of player and would lose interest in a game after playing it for short periods for weeks on end, then this might not be the best fit for you.

The Animal in the Room

If you’ve had a Switch for a while now then there’s a good chance you were one of the 30 million+ people who picked up Animal Crossing: New Horizons since its release just over a year ago in March 2020. While I was one of the game’s early adopters picking it up within the first couple of days after its release, I dropped it relatively early in comparison to the more devoted fans. By relatively early, I mean I played the game for 80+ hours from March until July. Yes, that is a short period of time compared to other New Horizon players, but still, a decent chunk of my time went into that game last year. What does this have to do with Cozy Grove? It’s simple. If you’re a fan of Animal Crossing, there is a very high chance you’ll enjoy Cozy Grove, but on the flip side of that, if you disliked Animal Crossing or have never played it, then you might have a harder time getting into the groove of the grove. 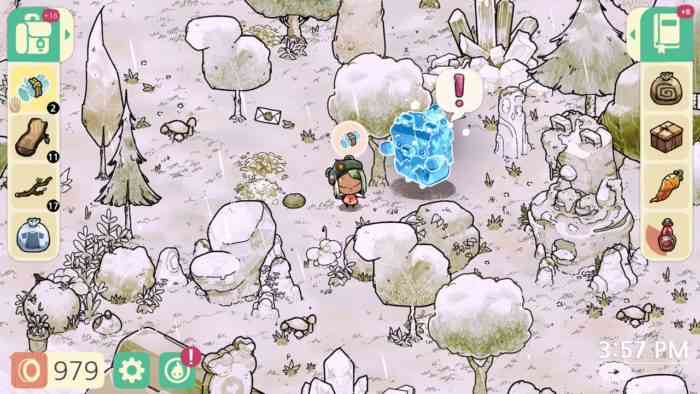 Where Cozy Grove sets itself apart from Animal Crossing is its focus on its unique and spooky twist: the spirits. Each spirit has its own story to get through. While Animal Crossing’s villagers all look and feel unique, they don’t get the same level of development as the spirits in Cozy Grove as they all fall into a certain archetype as either “Peppy” or a “Jock”. In Cozy Grove, every character is unique and gets the extra treatment needed to highlight that. As I’ve only been playing the game for about a week, I can’t really comment on how good the individual storylines are as it takes a fair bit of time to progress through them, but from what I’ve seen so far the writing is decent and interesting enough to make each character feel unique and developed.

Decorating Your Island Is Uhhh… an Option!

While the writing and themes of Cozy Grove are great, the game does fall short in some other ways, namely decorating. Occasionally you’ll receive a piece of furniture from a spirit or through the local vendor. These items can be placed anywhere on the island, however, placing these decorations feels a little clunky as you have to navigate the menu to drop the item and can’t really see what it will look like when placed until you do so. I just never really felt incentivized to decorate my camp and items came rather rarely. It’s neat that this is a feature in the game and with enough time and practice you might be able to make some nice worlds, but with pretty limited storage space I felt like I had to place everything as soon as I got it. As a result, I couldn’t really plan out a design. I wouldn’t recommend Cozy Grove based on this aspect alone, but it is nice that it’s in there. 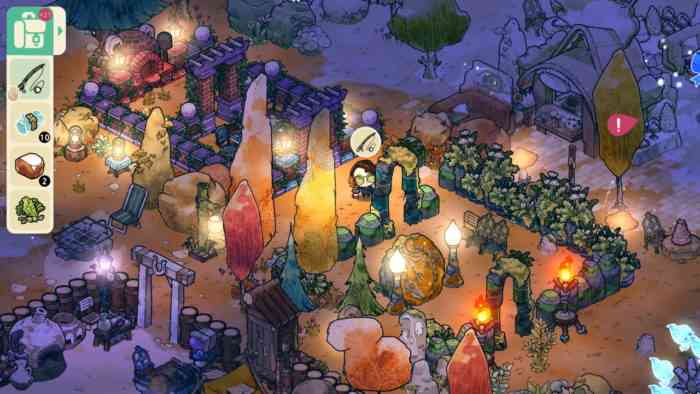 Cozy Grove is an adorable little time-waster, but depending on your play style, the level of commitment this game requires might not work for you. The core gameplay loop is fun for the most part but after playing for a couple of days every task feels the same as the last, making the whole experience fairly repetitive. The game offers a cute and relaxing experience for the right player and for anyone with an interest in life sim games like Animal Crossing or the Sims, I definitely recommend it. However, if you aren’t already a fan of this genre, Cozy Grove likely won’t change your opinion on it. 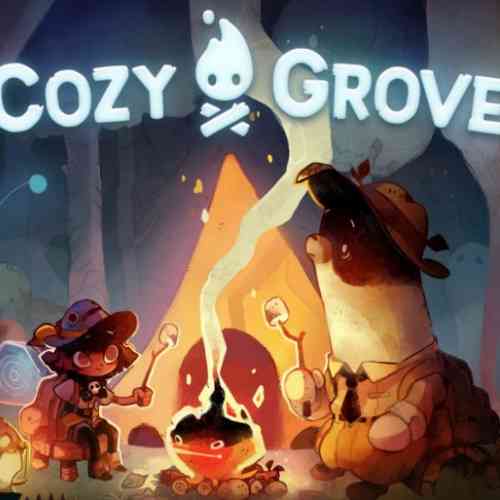 Publisher: The Quantum and Astrophysicists Guild