I’ve been noticing this attitude in the world of video games where gamers are really concerned with price and value in a way that I find perplexing. Is a video game more valuable if you play it for longer? If so, I should pay thousands of dollars to the makers of Civilization. Is it more of a Marxist thing? A game is worth as much as the labor that went into making it? Or should price be connected to artistic achievement? And how the heck would you measure that? Let us take a look at Corruption 2029.

I bring this up because I think it’s at the core of assessing Corruption 2029, from developer The Bearded Ladies. This is the team that made the excellent tactical RPG Mutant Year Zero. That game was good for so many reasons, but partly because the writing was on point, along with the design. And we can’t forget about the combat, because that was really fun! It captured everything that was fun about XCOM’s turn-based grid combat and threw in a helping of RPG, with different memorable characters who grew more powerful on a skill tree. Corruption takes the bare bones of what made Mutant Year Zero so fun and presents it as its own game.

So, there’s sort of a story here. It’s the near future, and America is in the midst of a Civil War (I know, imagine). You play as a squad of three augmented cyber-soldiers and… you shoot a bunch of guys. The stealth gameplay happens in real time (exactly as in Mutant Year Zero) and when you get spotted, the game turns into that turn-based goodness. You probably know what to expect. You manage your squad’s action points, navigate them between cover, sometimes use special abilities like in Overwatch. The strategic gameplay was excellent in Mutant Year Zero and it remains excellent here. Sure, it lacks the personality of a talking duck and pig, but it reduces the core mechanic to a simpler state. And the core mechanic remains as fun as it ever was, just without a lot of the bells and whistles.

What it feels like is an old-school arcade mode, the kind you don’t see too often. It’s like Metal Gear Solid: VR Missions, do you remember that game? Basically, it took the core gameplay from the original Metal Gear Solid and created ugly challenge levels made of polygons. It didn’t have all the stuff MGS was famous for; no 4-hour cutscenes, wild twists, unforgettable characters… just stealth, choking guards, and sneaking past cameras. It was cool. It certainly wasn’t as good as the original Metal Gear Solid, but it also wasn’t. It was VR Missions. 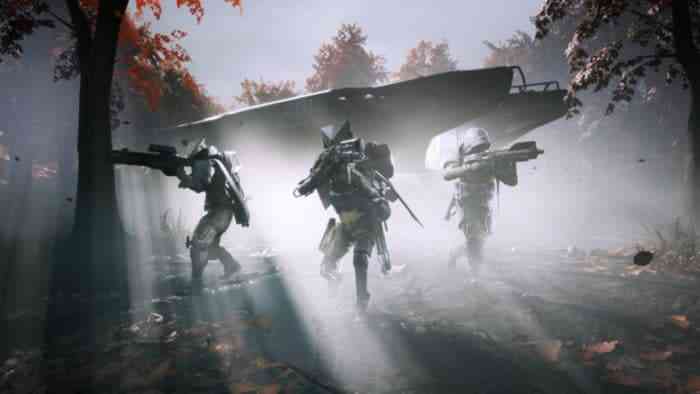 I certainly have no insight into the development process of Corruption 2029, but it’s not hard to imagine. The developers realized that they could make a fun game quickly by leaning into one fun mechanic of their last game. And they were right. It is fun! What the levels lack in personality they make up with in meticulous design. Each area is built to challenge, to take advantage of different abilities, to force you to think differently. I had a blast, even if I couldn’t tell you the name of a single character.

So, this brings me back to the beginning. How do you assess a game like Corruption 2029? Is it merely a question of marketing? Should it have been a DLC pack for Mutant Year Zero? And how much should it cost? Corruption launched suddenly at a price point of $19.99. Mutant Year Zero currently goes for $34.99, and it is definitely the far better game. But is it $15 better? Who gets to decide that?

Well I’m the one writing the review, so I guess it’s me, and my verdict is that this concern for money and marketing is foolish. It’s a rhetorical game that we play, and it has no winners. The fact is, the gameplay in Corruption is fun, and I enjoyed playing it. There aren’t enough challenging tactical games like this (as my thousands of hours in XCOM 2 can stand as evidence of). I commend The Bearded Ladies for knowing they had a cool idea when they saw it, and for focusing on polishing a single aspect of it- in this case the gameplay. And these are games, isn’t gameplay extremely important? Ultimately, Corruption is a tight, extremely playable tactical experience.

New Games for Xbox Game Pass Include ‘Strange Brigade,’ ‘Mutant Year Zero,’ & ‘The Gardens Between’
Next Ori and the Will of the Wisps Review – A Powerful & Emotional Journey For The Ages
Previous Rune Factory 4 Special (Switch) Review – A Beautiful 3DS Port