Mutant Year Zero: Road to Eden has come to Nintendo Switch nearly a year after its release on PC and consoles. If there’s any good news I can provide you right away, is that this is the entire game and it’s very playable on the Switch, but your mileage will vary depending on what’s more important to you: fidelity or portability.

As we said in our review back then, Mutant Year Zero is an excellent turn-based strategy game in the spirit of Firaxis’s X-COM reboot. What makes up that gameplay is unchanged in the Nintendo Switch version, minus some expected caveats.

Mutant Year Zero’s mechanics are a mix of stealth, unit positioning and RPG elements that will give you the edge in each battle. Where X-COM often tasks you with overpowering the opposition, Mutant Year Zero makes you think on how to attack without being noticed. And being able to stealth around the overworld lets you pick your battles or avoid them entirely. What I’ve always found somewhat frustrating is how the RPG elements are mixed in.

Your squad and the enemies have levels. You get XP for killing enemies in order to level up and unlock talents, but occasionally there are some enemies that you should not fight in the first place. Understanding when you need to level up and when you need to skip a fight can be frustrating, especially if you progress along a story mission only to realize you’re far too under-leveled to finish the last objective. (Pro-tip: fight everything all the time if it’s close your level.)

That said what really sets Mutant Year Zero apart is its world and its story. We humans messed up the planet and now there are mutants and talking ghouls everywhere. The good guys live in a secluded city above the ground that emits heavy cyberpunk vibes. You play as Stalkers – a group of warrior-scavengers who leave the safety of home in order to ensure the rest of us have supplies.

You start with a squad of two, a smarmy duck with a crossbow (my personal favorite), and a gruff warthog who brooks no funny business. For most of the game you’ll cleverly ambush enemies, hoping to kill as many as you can without being detected. And while you’ll meet a few new squadmates as you play through the story quests, don’t expect a stacked roster. Each squadmate has unique talents that let them change up encounters like flight or immunity to overwatch shots. The talents definitely spice up the gameplay but it’s a shame there’s repeat passives across characters. 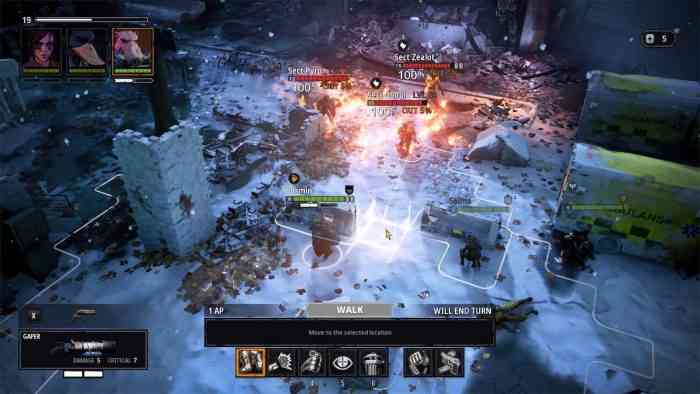 The good news about the Switch port is it’s immensely playable. I experienced no slow downs, load times are quick and moving through the overworld is as breezy as its big console counterparts. If you’re looking for a portable version of this strategy game you’ve got it. But it comes at a cost.

So while the performance feels great the graphics, to put it candidly, are not. If you’ve played Mutant Year Zero on any other platform you’ll see it right away. The textures are muddy, the resolution is so low in some areas that it feels like you may need glasses, and there’s no lighting effects to speak of. It all culminates in removing a lot of the atmosphere I experienced in my PS4 playthrough. It can also be challenging to discern things in the environment like treasure chests and scrap sites. While it’s to be expected it still feels disappointing. 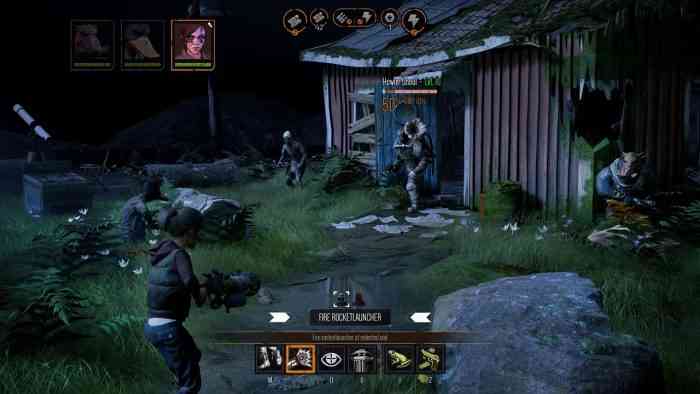 Putting it in docked mode is a marginal improvement for the resolution but everything else stays the same. I can’t fault the developers for these compromises because the game plays incredibly well, it’s just challenging when coming from a different version to see so many flourishes removed.

So the question will come down to simply: how much fidelity are you willing to give up for portability? If the Switch is your primary console and you don’t care too much about graphics, then I’d still recommend picking up Mutant Year Zero. You’re going to have a great time. 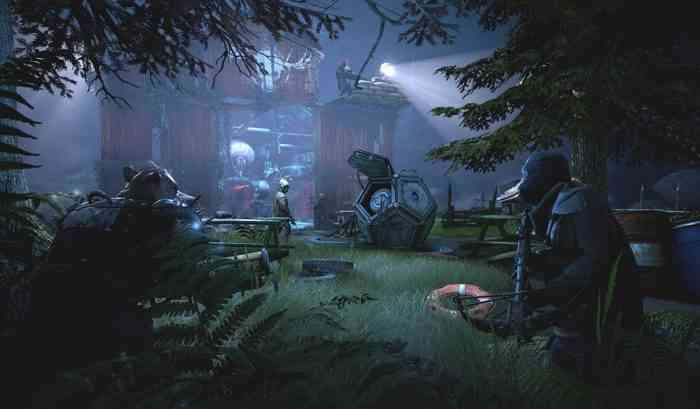 If you have played Mutant Year Zero on a console before and are thinking of picking this up for on the go, you may be advised to skip as the compromises are a bit jarring, given this was once a very atmospheric game. The downgrade, combined with text and menus not being scaled for Switch, can start to make you feel like a person with poor eyesight.

It remains to be seen if some patches down the line may improve the visuals but for right now Mutant Year Zero is the most portable version of the game while being the worst looking version available. It’s a reminder that the Switch isn’t always a catch all for games, given its limited power, but it’s still appreciated these games can be played on the go when needed.

**Update (July 31): A July 30th patch to the game improved the graphics marginally. There’s slightly more detail in the world and it’s a bit less blurry in handheld mode. Docked performance got a resolution increase as well, though lighting quality appears unchanged. It’s not a mind blowing improvement but it’s something. Our opinion continues to be that the Nintendo Switch version isn’t the best Mutant Year Zero experience.** 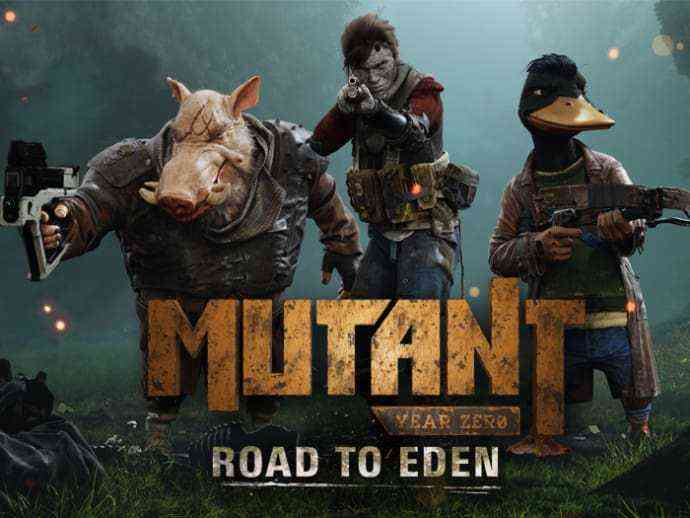