The first few games in the SaGa series, known as Final Fantasy Legend, actually came out 30 years ago on the Game Boy. The “Final Fantasy” in the title was a little misleading though, as it was more of a marketing ploy to garner interest with international audiences. Although it was not from the universe many expected it to be, these games were fun enough on its own that you could forgive and forget the potential misunderstanding due to its title.

With the release of the Collection of SaGa this year, which is a 3-in-1 containing the three Final Fantasy Legend games, players are now able to relive their memories of these classic JRPG games on the Nintendo Switch, while maintaining the joyous feeling of playing on a Game Boy.

All three JRPGs feature turn-based battles and dungeon crawling and tell stories of exploring new worlds, becoming gods, and time-travelling. It isn’t a requirement to play these games in succession as each one presents a new story and characters, but it does help to familiarize yourself with the universe. There isn’t a lot of instruction on what to do, nor is there a guide telling you how to effectively build and level up your party members, so it really is an adventure for both the protagonist and the players themselves.

The journey begins with Final Fantasy Legend I, a great starter to the series with a lot of guesswork and reliance on previous JRPG experiences. If you are not familiar with JRPG mechanics this is a pretty difficult game to start with. The objectives are unclear, so a lot of exploration and chatting with villagers is encouraged. Your party is made up of guild members of different classes (humans, mutants, and monsters) that you can swap in and out, and there isn’t a sense of camaraderie there. The plot isn’t very clear either, but it is still a fun JRPG with endless turn-based battles that have little purpose. 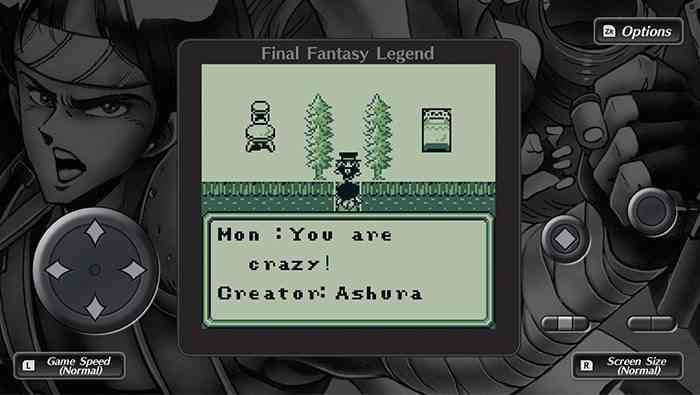 Final Fantasy Legend II and III are like extensions of the first game with different stories and characters. There still isn’t a lot of instruction on what you can do, so it partly relies on the knowledge you’ve gained from playing the first game. However, it does give you a better introduction and sets up the story at the very beginning, making it slightly easier to approach. The relationships are also deeper in the sense that party members are characters the protagonist knows personally, but like the previous games you don’t feel attached to them at all.

Fortunately with each game, you can see the storytelling and mechanics improve. In Legend I, there wasn’t much motivation to keep going besides the fun factor. Legend II starts with a quick introduction on what’s driving the protagonist forward, and Legend III actually has more of a storyline to follow. In the first two games, your party could be made up of lots of different character classes with various ways of increasing stats, which was confusing to keep track of. In the third game, characters gained experience the way you would expect them to, and battles became easier to understand. It was great to see the improvements made with each addition to the series, but it doesn’t take away the initial confusion that the older titles brought.

Staying true to its classic presentation, all three Final Fantasy Legends are fit into a smaller square in the middle of the screen, and players have the option to ignore the Joy-Con and use the touchscreen Game Boy buttons instead. You can also rotate the screen so the game can be played vertically, which immediately feels like you’re playing on an actual Game Boy – well, more like an advanced, touchscreen version of one. It’s such a nice feature that utilizes the Nintendo Switch’s handheld technology, providing us with this nostalgic experience that is very much appreciated. 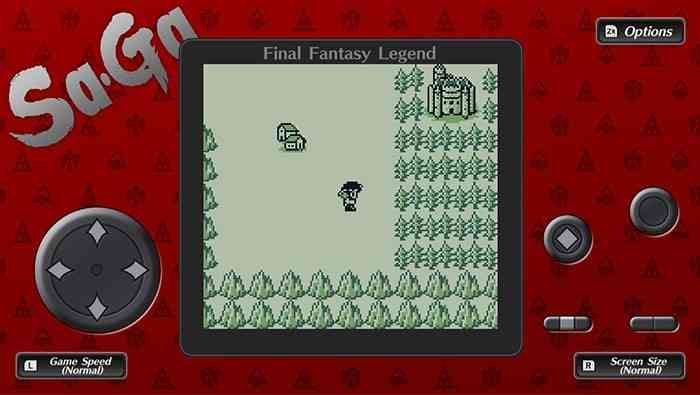 Despite some initial confusion and a lack of instruction, the gaming experience was overall flexible and friendly. You can save the game whenever you like, so you don’t have to worry about locating checkpoints or fighting off hordes of monsters to reach a save spot. You also have the ability to toggle between normal and fast speed, and playing the game with turbo speed makes the grinding and exploration much easier. Random encounters also happen a lot quicker and characters can gain skills at a faster rate. However, this does make NPCs walk around faster, so it is helpful to change back to normal speed when you’re in town – that way, you can stop and talk to the villagers, who often provide you with direction on where you can go next.

Collection of SaGa Final Fantasy Legend brings the joy of classic JRPGs back into our lives. It stays true to the retro experience by allowing players to utilize their handheld Switch as if it were a touchscreen Game Boy. It may not be the most polished adventure, but it is a faithful port bringing so many of us back to our childhood days. Overall, this collection successfully maintains the nostalgic feeling of gaming in the early 90s while creatively blending today’s technology to enhance the overall experience. 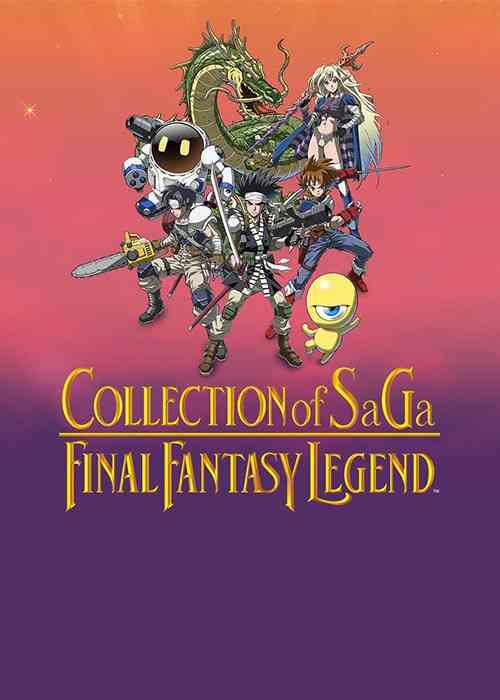 
Final Fantasy XIV Gets a New Trailer – And PS5 Footage

Final Fantasy XVI Could Be Coming to Other Platforms After All