Hack n’ slash games occupy a weird space in between several other, more modern genres. You have fighting game style action mixed in with a more traditional narrative structure and a long history of RPG elements. Code of Princess EX occupies this same weird space a bit more brazenly, even going so far as to retain the old side-scrolling perspective. It’s a mashup of multiple ideas that’s made all the more ambitious with an extensive amount of characters, items and voice acting. Unfortunately all of these disparate components don’t quite come together the way you hope they would.

Normally games like Code of Princess EX feature rather limited voice work. You get a few grunts, yells and catch phrases for every character, while the rest of the dialogue is delivered in relative silence. In this case, everyone gets fully voiced, or at least everyone you can control is. The downside is that the story itself is pretty dull. I held out for as long as I could, dutifully tuning in to every cutscene between chapters. Perhaps it’s just my experience watching anime, but I’ve seen this play out dozens of times over the years. The young heir to a kingdom is deposed, they collect a motley crew to help them save the day, good triumphs and evil fails. Along the way, depending on the variant, some attempt at betrayal is played out or some dark secret is dragged into the cold light of day. Eventually I just started skipping through the cut scenes as fast as I could.

A Massive Roster of Fighters

Poorly written or not, this story comes with a huge selection of characters. Everyone has their own fighting styles, though this means that the amount of moves is limited. The Switch version (EX) offers more flexibility when it comes to the characters you can use in the various game modes. On top of that, everyone gains a bit of experience when you use any one character to complete a campaign stage. In theory, this means you’re free to switch up your characters any time you wish. In practice, you should probably just replay the whole campaign when you switch characters. If you throw yourself into the meat grinder with someone you’ve basically never used before, you’ll just set yourself up for failure. You don’t want that. My time with the game was limited to a handful of fighters, but they still felt properly distinct from one another in terms of play style. 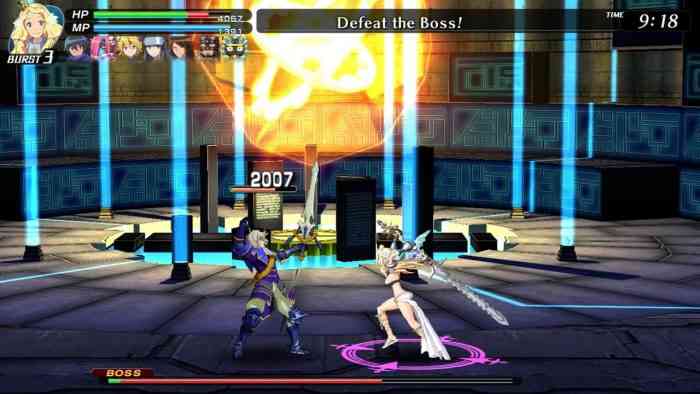 In terms of style, there’s a lot to appreciate here. The graphics have been upgraded for the EX version, along with the framerate in heavy combat situations. The original 3DS version came with a lot of complaints about frame dips and slowdown, neither of which I ever encountered. All of the character models have been cleaned up, which is more noticeable with a larger screen. Every character is animated beautifully, though their combat voice effects get old pretty fast. It’s worth it to play around with every character, just to see how everyone looks and feels. Depending on your attachment to the aesthetics, they might even be enough to make up for the somewhat lacking gameplay.

I mentioned RPG elements earlier. While this is normally the highlight of any game for me, in this case they ended up being a serious hindrance. Especially since the EX version has done away with manual stat upgrades. Now, the only thing you can do if you’re stuck is mindlessly grind levels until you get stronger. The extra downside to this is that your gains with every level are minuscule. If you want to actually improve any given stat, you have to happen upon the right piece of equipment. Even then, you’re likely suffering a fairly serious penalty in exchange for the desired boost in attack or piety or vitality.

The Bad Kind of Level Grinding

Grinding wouldn’t be such a punishment if the combat itself were more involved. Although everyone officially has around twelve or so moves to rely on, you’ll likely be leaning heavily on three or four of them at the most. At first I was convinced the game was too easy. It felt like I was breezing through every stage at a breakneck pace. There was a sudden shift when the main objective was revealed, however. From that point on, every fight was a sapping struggle to survive. This came to a head when I faced a particularly brutal boss fight. It took at least seven tries and a protracted grinding session to overcome said merciless obstacle. From that point on, the game simply wasn’t fun for me. Further progress could be measured in the amount of backpedaling and level grinding that would be required.

Code of Princess EX has a lot of ingredients that normally work well together. There’s fast-paced combat, tons of characters, light RPG elements and decent graphics. While some of these elements do work, others fall flat in their execution. The combat feels smooth and responsive, yet there wasn’t enough variety. I like the characters, though I quickly got tired of listening to them. The RPG component was the worst offender. A system meant to create depth instead offered frustration in high doses. There’s a lot of content being offered here, yet it didn’t resonate with me the way it was meant to. If you’re looking for a hack n’ slash game with a certain aesthetic, Code of Princess EX has you covered. If you don’t like the look however, you may find yourself left wanting more. 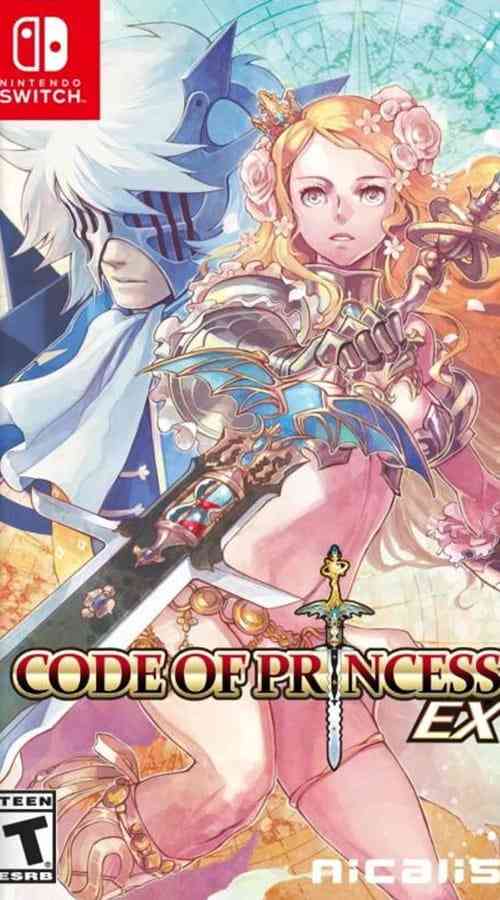 Greninja Declared Pokemon of the Year 2020