Turtle Beach is known for their versatility when it comes to their line up of headsets. Not only are the majority of their headsets crazy affordable for the casual gamer, they also offer a few high-end headsets for the avid ones as well. When I think of Turtle Beach, I think good quality sound for an affordable price. Once again, they’ve designed another headset that falls into this category with their Stealth 300 headset.

As soon as you open the box the Stealth 300 screams sleek and stylish. As the PS4 and PS4 Pro edition, it’s an all black headset with blue highlights and a blue wire, it’s nothing short of appealing to look at. And it’s not just snazzy, it’s also quite sturdy. The headband is quite durable, though it seems a bit fragile due to its rotating earphones. Despite this, however, the Stealth 300 feels strong, designed for long bouts of any genre of gaming.

Unfortunately, what you’ll notice during these long gaming sessions is that it’s not the most comfortable headset you’ve ever worn, especially if you’re used to earphones that are fairly wide. While the headset is adjustable in size and the Stealth 300 offers quite a bit of padding both in the headband and in the earphones, Turtle Beach went with slightly slimmer earphones which means that for anyone with average size ears or larger, you will have to adjust these a bit more frequently than you’d like. If you have smaller ears though, you won’t even notice the difference.

Despite this need for more frequent adjustments of the headset, the quality of the Turtle Beach Ear Force Stealth 300 seems to more than make up for this drawback. As it is a wired headset, offering the standard 30 mm cord, there is zero lag to be found here and that’s always a welcome relief, especially when playing games where your reaction time is everything, I’m looking at you Fortnite and Call of Duty. Plus, this headset offers 40 hours of battery life, which is more than satisfactory for any type of gamer out there. As long as you charge the Stealth 300 after a few long gaming sessions, you’ll never run into any issues here.

While the entire sound profile of the Stealth 300 is designed for ease, there are a few different EQ presets, as well as variable mic monitoring. Though there are four EQ settings offered, “signature” mode, bass boost, treble boost, and bass and treble boost, these changes aren’t all that noticeable from each other. On the other hand, the variable mic monitoring is an extremely useful feature when playing with friends and randoms alike. On the headset there are two different volume settings, one is your typical game sound, and the other is this variable mic monitoring which allows you to change the volume of your microphone. Though having your mic upright allows for quick muting, the variable mic monitoring allows you to ensure you’re not bursting anyone’s eardrums. Although, who knows, maybe this is your intention after a few too many crappy matches in a row of any online game. This feature is exactly the same as the one offered by the PS4, however, it offers an easier way to adjust mic volume accordingly in-game without interrupting your play with the main menu. 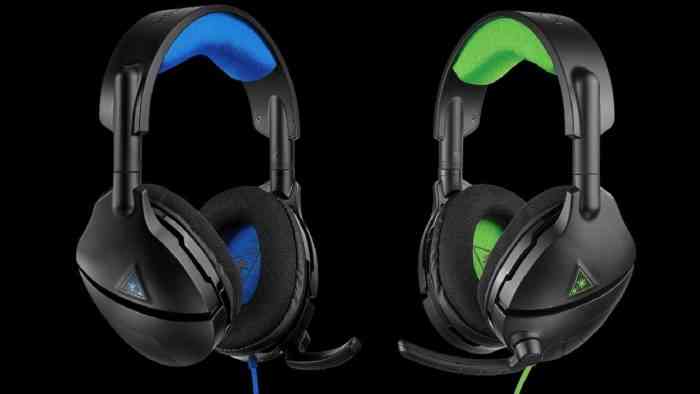 In addition to these easy-to-use features, the sound of the Stealth 300 is certainly cause for applause here. Every little sound and movement is captured with the headset, lending itself as a tool to your domination in any genre of game. Whether you just want to hear the crunching of snow in Horizon Zero Dawn or the clangs of swords as you battle in God of War, or looking to turn around in time to shoot your nemesis in the face in Battlefield V, this headset offers crisp sound each and every second of gameplay

Sure, the Stealth 300 may not exactly take advantage of some of its EQ preset technology, and it could definitely have benefitted from wider earphones, however in spite of that, this Turtle Beach headset is certainly a good bang for its buck. Coming in at $79.95 USD, it offers a combination of durability and fantastic sound. Though it’s not exactly marketed for the professional gamers of the world, it is a worthwhile headset for a variety of gamers out there, both casual and avid alike.

***Turtle Beach headset was provided by the manufacturer*** 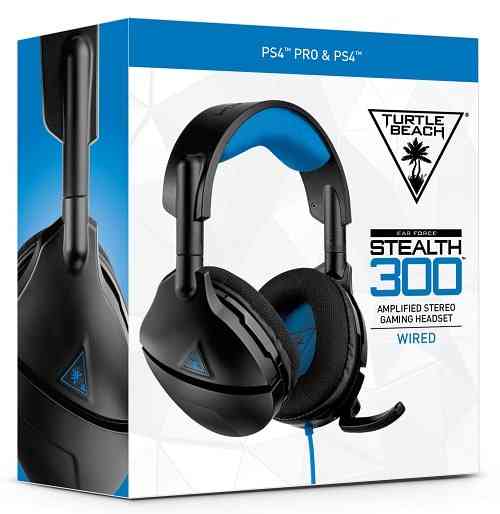