Clock Simulator Review – There Are Better Ways To Kill Time

Sim games are massively popular and have been produced to a remarkable extent (see: Train Simulator, Bus Simulator, Shower With Your Dad Simulator, etc.). This week, I sat down with a new sim from Kool2Play: Clock Simulator. Yes, you read that correctly. Unless you didn’t read it as Clock Simulator, then you read it incorrectly.

In Clock Simulator, you will find yourself pressing a button every second, on the second, for as long as you can, in any of a number of game modes. Interestingly enough, you will find your perception of a second falling more in-line with practice, and you will get LOTS of practice playing Clock Simulator. There are even a couple of competitive multiplayer modes. Some modes involve your typical marathon-style challenges, others involve keeping time with no reference whatsoever. Most modes consist of simulating an analog clock, but there is a mode that offers you the unique experience of keeping time as a digital clock. Each of the game modes shares the same gameplay, but rewards and punishes well-timed and poorly-timed button-presses differently. Sometimes the hands of the clock chip away after each button-press depending on the accuracy (or lack thereof) of your timing.

As far as aesthetics go, the game is honestly pretty decent. The audio is about what you’d expect — there’s a lot of ticking and tocking going on. Visually, the game isn’t mind-blowing, but the style is simplistic and to the point, exactly as it should be for a game like this. There’s a funny and weird theme with a pig, especially in the co-op modes that I don’t quite understand, but like I said, it’s funny, so I’ll give it a pass. The colors are vibrant and pop well, and you always know exactly what’s going on on-screen. Well… almost always. 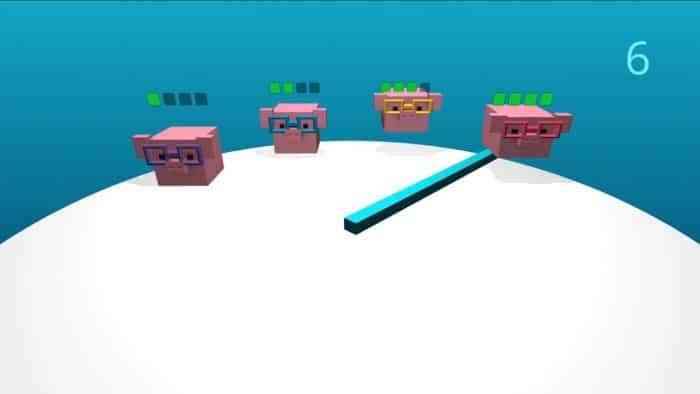 There are a couple of UI issues. The main problem comes back to that simplicity and minimalism that I half-praised earlier. They don’t quite know where to stop, and the end result is certain game modes taking up to a full minute (60 or so button presses!) to reveal their gimmick. It’s usually clear what you’re supposed to be doing, but it’s not universal, and some game modes are definitely clearer than others. On the bright side, at least you know that the gameplay of it all will remain the same: press A, wait a second, press A, wait a second, rinse, repeat.

The thing is, when the gameplay only consists of repeated, evenly-timed button presses, the game quickly grows old, even with as many game modes as Clock Simulator. As a result, I found myself bored after about thirty minutes. I will say, though, that the game did remarkably well to hold my attention for thirty minutes with only the single gameplay element. Unfortunately, once my interest waned, it never returned. However, the game is cheap, and I’d say it’s worth the buy if you’re looking for a silly way to kill half an hour, especially with friends. 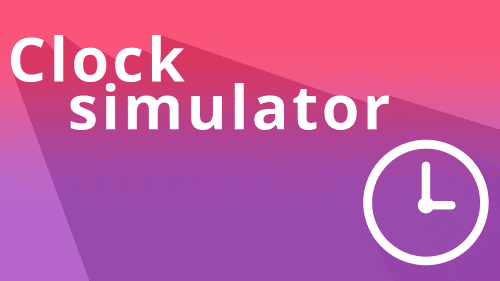