As the name suggests, Clea 2 is the sequel to Clea which came out not too long ago in 2019. With similar artwork, gameplay, and vibe, Clea 2 brings yet another horror entry where your skills in an unknown setting are put to the test. Sound plays a big role in exploration and survival, and players have to sneak around to uncover clues and help our protagonist meet her goals. A familiar landscape for those who have played the first game, Clea 2 will definitely be confusing for those picking up the series for the first time. If you can overlook not fully understanding the plot because you want to dive into a tension-driven survival game, then there’s nothing to worry about except for the enemies who are out to kill you.

The premise of Clea 2 is not the most exciting, but rather it is the gameplay that keeps you on your toes. We are immediately thrown into the story where we are introduced to our main character Florine, a former maid of the Whitlock Mansion, and her goal to travel beyond the third dimension to resurrect someone dear to her. Visually the characters are beautifully designed and have doll-like features with nice costumes. Cutscenes are voiced and information is made available throughout, but for those unfamiliar with the first game, the plot raises a lot of eyebrows because the storytelling feels cryptic and is on a need-to-know basis. Not having the background knowledge can be hard when immersing oneself into the game, despite finding the answers and piecing the story together later on.

Sound is your Friend and Enemy

Most of the exploration is done via visuals and sounds, and the game recommends users to play with headphones. If you don’t have headphones that’s not a huge problem, but don’t play this game on mute or you will not enjoy it as much. A majority of the exploration involves not only panning the scenes and peeking under doors, but also listening for sounds and swiftly avoiding enemy encounters by tiptoeing or hiding inside closets and crevices. With the headphones, it is easier to detect when something is heading your way, but you can always look forward and behind Florine just to be safe.

The pacing of the game is a little slow and some corridors feel long and uneventful, so it can be tempting to run through the scene when you think it is safe to do so. However, the game is not just about exploration and finding a way to revive someone, but also to survive so you can achieve that goal. Because of how important sound is in this game, if you fail to stay quiet when you need to, you will attract attention from things that can kill you. 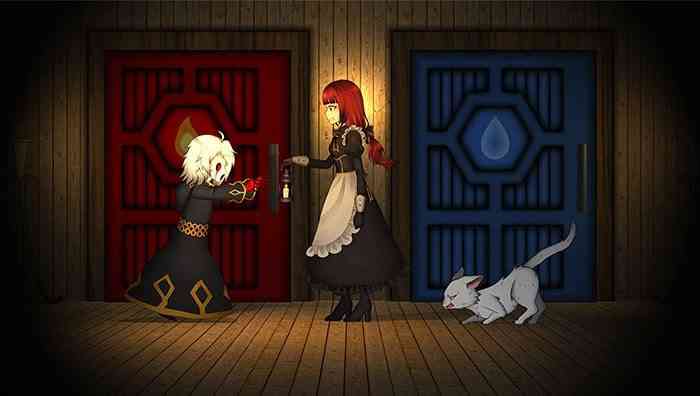 Just like in the first Clea game, we were promised there were no jump scares – but what I think people don’t realize is how something unexpected would cause one to jump anyways. Every spooky thing that happens in the game barely phases Florine as she just makes a shocked face, but meanwhile in real life I would gasp whenever an enemy unexpectedly runs into the scene. It also doesn’t help that the sound effect volume increases when an enemy is running towards us, which can be an indication for the player to go into hiding but it actually just makes me panic as I create more noise by sprinting towards a closet.

Fear is in the Mind

As we explore the seemingly endless 2D corridors, we trudge along dark and mysterious hallways to find clues in order to access new rooms and areas. There are many items scattered along the way with interesting tidbits of information you can read up on, and while finding new things is exciting most of the time, you will constantly feel the need to look over your shoulder. This isn’t because there’s always something behind you, but the atmosphere the game creates makes you feel skeptical when things are going too smoothly. Fear is definitely in mind here, where even a lack of enemy encounters causes uneasiness when I enter a new room. 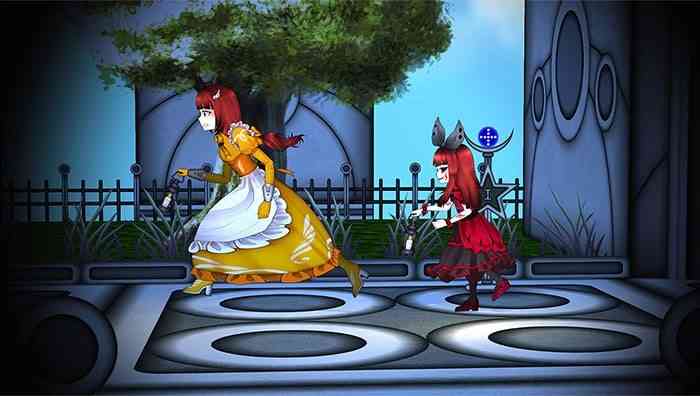 When playing Clea 2, it is also recommended for users to not pick the easy mode. However, despite playing on the lowest difficulty setting, the game is still hard to complete. Most of the time your deaths are your own fault and not because of poor controls, so you have no one to blame but yourself. For those who want to experience Clea 2 as intended, you won’t be able to save an unlimited amount of times so keep that in mind. And if you’ve completed and mastered the game, then you will be happy to know that higher-level difficulties can be unlocked later too.

Even though Clea 2 is very challenging, it is not impossible to beat nor is it scary enough to act as nightmare fuel. A great continuation for those who are looking for more of Clea, the sequel does not have a story that could stand on its own. However, it rightfully belongs in the horror genre with its heavy and tense atmosphere and clever use of sounds in a dark setting. Even though the plot isn’t memorable, Clea 2 is a quiet thrill that can be mastered and replayed over and over again.